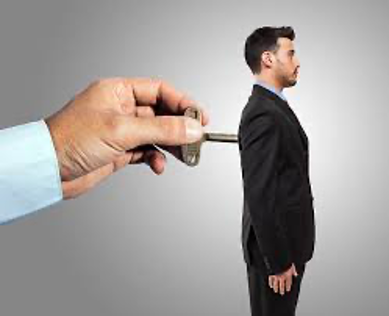 This fervour has become so extreme that families can no longer meet for the holidays without a conversational blow-up. No longer are people “entitled to their opinions.” This has become a crusade between Good and Evil. (“I’m good. You’re evil.”)

The absurd nature of this dichotomy has reached the point that even Dr. Phil is increasing his viewership by featuring disputes between siblings who are on opposite sides of the political divide and are no longer speaking to each other.

At this point, all that remains to be done by the networks would be to air a Red versus Blue television game show in which contestants compete with their own family members to “Win the White House.”

Until November, the great majority of Americans appear to have been hoping that the November election would end this strife one way or the other.

My take on this has been that the opposite would happen after 3rd November. The fireworks would increase exponentially after the election. The election would be hotly contested by whomever was the apparent loser.

This should easily have been foreseen, as the media on the right have insisted for months that the Democrat encouragement for mail-in ballots was a precursor to election fraud.

Similarly, the media on the left have insisted for months that Donald Trump’s suggestion that he may not accept the election results meant that he was planning a coup after he (presumably inevitably) lost the election.

And now, the battle has been met.

It’s been estimated that 93% of all Fox watchers are Republicans and 95% of MSNBC watchers are Democrats. Since neither side watches the other’s news programme, each side is cognizant of only its own team’s heavily slanted rhetoric.

The conservative media is awash with details of voter fraud by Democrats, whilst the liberal media states with equal conviction that Mister Trump and his lawyers have provided no details whatever.

Therefore, those who voted Republican will conclude by watching their own “unbiased” news channel that Democrats have tried to steal the election and thereby steal control of the country.

And those who voted Democrat will conclude by watching their own “unbiased” news channel that Republicans have tried to steal the election and thereby steal control of the country.

But how did this get to be so bad? Americans have not been so wound up – nor so polarised – since 1861, at the beginning of the Civil War.

Indeed, the post-election fervour is as strong as though Fort Sumter had just been fired upon.

More importantly, what will be the outcome?

Will the courts rule against the claims of Mister Trump?

If so, that decision will enrage an already angry right-wing crowd, refusing to vacate the White House and defending it against the pinko mob.

Or will the courts rule in favour of Mister Trump?

If so, that decision will unleash nationwide riots, intent on bringing down the evil dictator.

Either way, we can anticipate that the US will be in flames. If for any reason the level of strife is insufficient, those with deep pockets will hire squads of shills as mercenary soldiers.

The populace will be in terror. Republican voters will beg the federal government to bring in the troops to contain Antifa and the BLM mob.

Democratic voters will beg the federal government to bring in the troops to quell the Republican militias.

In such an upheaval, the one thing both sides will have in common is that they will both beg for the creation of a police state.

And the federal government will answer that call. Martial law would be declared, possibly as a “temporary measure,” until normalcy has returned.

But what if normalcy does not return? What if pockets of violence continue to pop up all over the map with regularity?

If that occurs, martial law would need to continue for as long as it was deemed necessary, which would be likely to translate into a permanent police state.

At one time, the media was for the most part impartial and benign, but in recent decades it has been bought out by four large corporations. And some of those corporations own and direct both liberal and conservative networks, which would seem to be at odds with each other.

However, they are not. Today, the objective of the media is not to offer news. It is to create strife – to pit one half of the electorate against the other. In doing so, the ruling elite have the justification to lock down the entire USA under martial law.

Once that has been accomplished, the elite may do as they please. As in all countries where a police state has been achieved – such as Nazi Germany, Mao’s China or Stalin’s Russia – once military control has been put into place nationwide, meaningful protest ends.

In each of the above cases, the populace was whipped up into a frenzy of hate and violence against the Jews or the aristocracy or whatever other demon had been invented. But the real objective and the result were the subjugation of the populace.

The American populace has been programmed like windup toys, with the ruling elite winding up the keys on their backs as tightly as they will go. When the levers are released, Americans will act dramatically and, in many cases, blindly.

At this point, it’s not too late for people to stand back, take a deep breath and ask themselves if they’re not being conned into their own subjugation. But it would appear that they’ve been wound up so tightly that such objectivity is unlikely to occur.

However, if they do not, they risk losing what remains of their once-proud democracy.