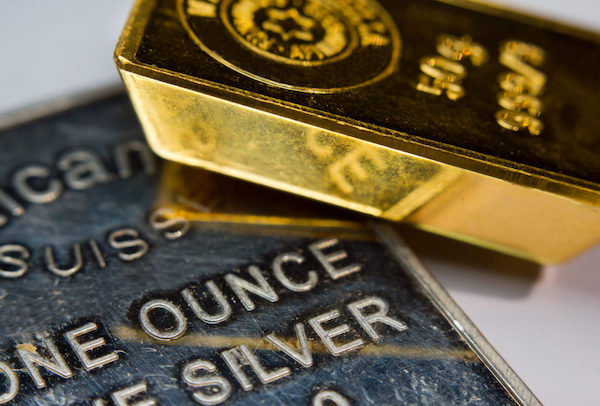 While silver has traditionally exaggerated gold’s upward and downward moves, the roles have been reversed over the past six months.

While gold has seen its worst start to a year in three decades, the other precious metal has held up well until recently. As with gold, silver rose dramatically from March lows, peaking in early August—up an astonishing 143% in just four months. But then, as with gold, it plunged. Unlike gold, however, in mid-September, silver started to move back up. Though initially hesitant, last month it surged, well before the Reddit-inspired squeeze, to over $30, a new intra-day high. Even after the recent drop, it remains up almost 20% from its September low, down just 8% from the August high. Gold, meanwhile, is now at its lowest point since the correction started and down 16% from the August high. Gold and silver’s normal behavior has reversed.

Silver has several things going for it that gold doesn’t, and they are all playing their particular roles now. Like gold, it is a monetary metal, responding to excess global liquidity. Beyond that, it has other drivers:

In a widely reported move, the largest silver ETF, the iShares Silver Trust, updated its prospectus to state that it may suspend or restrict the issuance of shares since it may be unable to acquire enough of the metal. That seems to confirm the reports of physical shortages.

I am normally skeptical of the expectations of physical shortages other than short-term or regional ones. The market tends to respond with higher prices—the quickest way to eliminate a shortage—and eventually increased supply. Every year for the past quarter century, I have read reports stating that this year will see a major silver deficit.

Is a short squeeze possible?

That said, there is certainly a potential physical shortage in a way that there is not for gold. There are no large stockpiles of silver—no central bank holdings. Since silver usage is often in tiny amounts—the silver in electrical switches, for example—recovery and recycling are often not viable. And the price spike in the late 1970s cleared out grannie’s old silver flatware and ornate candelabra from many attics. Scrap recycling is very close to quarter-century lows.

ETFs came to the silver market later than they did for gold, but they are arguably more important for the silver market. After all, an investor who wishes to buy $1 million of gold can figure out a reasonable way to buy and store the metal. But $1 million of silver is a hefty hoard, and shipping, storing, and insuring this is no inconsequential feat. It’s so much easier to buy an ETF.

Overall, silver has a far more diverse use profile than gold and has constraints on increased supply. Most of its uses—the industrial, green energy, and medical uses, which account for almost 70% of total demand—use silver in small amounts, often without reasonable substitutes; thus, they are price inelastic. Again, all these factors help explain the sharp moves we often see in silver.

Silver miners are not as depressed

It is no surprise, given silver’s price moves this past year, that the silver stocks tend to have held their levels better than the gold stocks. It is worth noting that most mining companies we think of as silver companies generate a majority of their revenues from other metals. Nonetheless, certain companies are thought of as “silver companies” and tend to respond to changes in the price of the metal.

Like gold stocks, you do not have to go far down the food chain before finding great bargains. This does not mean I do not like junior and exploration stocks—only that the larger companies still represent good value, and in many cases, with upsides more certain and with a better risk/reward.

Pan American Silver, with about 30% of its revenue from silver, has held up far better than most gold stocks, trading today at about the mid-point of its six-month range. It is a premier miner with a solid balance sheet. However, it owns two world-class silver deposits, in Guatemala and Argentina, which are on hold at present because of local anti-mining sentiment. That said, the tide is turning in both regions (I refer to the regions where the mines are located and not necessarily to the entire countries), and Pan American’s patient approach will eventually be rewarded. Right now, the market is not giving value for either deposit, so the stock provides long-term, free optionality.

The largest silver streamer or royalty, Wheaton Precious Metals, generates about 30% of its revenues from silver, but unlike some of the silver stocks, its stock price has collapsed, down over 20% this year to its low since last April. To be sure, expectations for revenue and earnings growth for the next two years are not as strong as the last two years, but the sell-off is overdone.

A little down the food chain, Fortuna Silver’s new mine in Argentina—a gold mine!—may see revenue double this year over the last few years when it reaches full production. The stock has further to run as production ramps up.

I remain very positive on the gold price and see many quality gold miners as extremely undervalued; gold has a better risk/reward profile and a low absolute risk, in my opinion. But silver has potential for great gains, and the silver stocks, though not as depressed as the gold companies, tend to be very leveraged to higher silver prices. Today, you can find quality undervalued companies among the largest miners without taking the additional risk of investing in small or untested companies. That is not to say that there are not many quality junior producers and exploration companies at bargain prices for the person willing to do the work to separate the wheat from the chaff.

Just because something is inevitable does not mean it is imminent. Gold’s macro conditions have seen its worst start to a year in three decades, breaking below its 200-day moving average, reportedly reacting to a higher dollar, higher Treasury yields, and a switch from gold to Bitcoin. All this comes against a background of expectations of an economic rally as progress is made in COVID vaccinations.

It’s not so bad

All of this should be put in context. The gold price is only back to where it was in early July and remains up a healthy 18% over the past year. The widely touted dollar rally, after a drop at the end of the week, has the dollar recovering less than one-fifth of the decline since Biden was elected president. Some recovery! As for the move in interest rates, there has been a steepening in the yield curve. After a move up, the yield on one-year treasuries is back to record lows, while yields at the long end have indeed moved up to 1.5% on a 10-year treasury. Some return!  And, of course, real yields, after inflation, remain negative. Yields are up with inflation expectations, and that is also positive for gold.

As for Bitcoin, there is no doubt that it has soared on the back of strong inflows nor that there have been outflows from gold ETFs. But the extent to which these are related rather than coincident is not clear. Other than a few high-profile instances, there is no evidence of a mass movement out of gold to cryptocurrencies.

At the same time, the central factor that drives gold and global liquidity remains very strong with no indication of a reversal in the foreseeable future but quite the opposite! I think we are simply observing normal market action. After an incredibly strong move in the first half of last year—40% from the March low to early August—gold is simply taking time to consolidate. I venture that we are very close to the low, and gold will resume its recovery, which started at the end of 2015, very shortly. It had simply moved too far, too soon, and needed time to consolidate.

Editor’s Note: Even a small amount of money put into the right precious metals stocks today could deliver life-changing rewards.

That’s precisely why, legendary speculator Doug Casey and his team just released video, which reveals everything you need to know to profit from this trend. Click here to watch it now.