Will it be an Inflationary or Deflationary Depression? 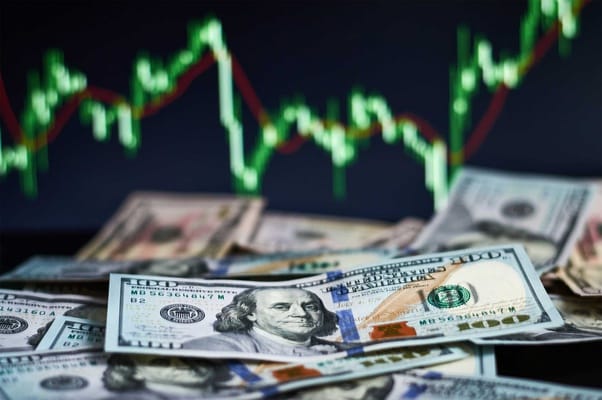 At some point, the economy is no longer controlled by individual citizens in the marketplace but by government “planners,” who find they have only one of two alternatives: stop “stimulating” and permit a full-scale credit collapse, or continue stimulating until the dollar loses all value and society breaks down.

Depending on which they choose, we will have a depression characterized by deflation or by hyperinflation.

This is the 1929-style depression, where huge amounts of inflationary credit are wiped out through bank failures, bond defaults, and stock and real-estate crashes.

Before 1913 (the inception of both the Federal Reserve and the income tax), having the dollar pegged to gold (at $20 an ounce) inhibited the scale of monetization.

When depressions of this type occurred, depositors acted quickly to collect their money; they had no illusion that the government would bolster their banks; once the banks ran out of gold, their bank accounts were worthless.

Their quick response and the fact that the federal government could not monetize its deficit spending as freely as it now can forced the market to correct distortions rapidly.

Until the 1930s, depressions were sharp but brief.

They were short because unemployed workers and distressed business owners were forced to lower their prices and change their business methods to avoid starvation.

The 1929 Depression was deeper and more widespread than any before it since the Federal Reserve (by becoming the lender of last resort) allowed banks to maintain far smaller reserves than ever before.

By backing the dollar with Reserve Bank IOUs instead of gold, the money supply could be increased enormously, and large distortions could be built into the economy before a depression liquidated them.

It was far longer than those before it, because government attempted to hold wages and prices at levels few could afford to pay, while its make-work and income-redistribution schemes retarded the rebuilding of capital and the productive employment of labor.

Meanwhile, the government discovered the freedom with which it could have its deficit spending monetized and proceeded to spend at an unprecedented rate to finance the New Deal’s spending programs and World War II.

Since the end of the last depression, there have been numerous small recessions. Since at least the ‘70s, anyone of them could have snowballed into another 1929-style deflation.

Government has been able to forestall a deflation each time, since it has far more power than it did during the ‘30s. But the government’s success so far has linked all the cyclical recessions since the end of World War II into a much larger “supercycle.” Just as each of the past recessions had its moment of truth, so will the current one. And it could well be the turning point for the bigger supercycle as well.

This is the Weimar-style depression, like the one Germany experienced in the early ‘20s. Here, rather than let a collapse of inflationary credit wipe out banks, securities, and real-estate values, the government creates yet more currency and credit to prop things up.

It pumps massive amounts of new purchasing power into the economy to create “demand” (even, or rather, especially among corporate and individual welfare recipients, who produce nothing in return).

The government extends past misallocations of capital, when the economy instead needs to readjust to sustainable patterns of production and consumption.

Hyperinflation could result from overstimulation when the authorities try to boost the economy out of a trough. If they expand the money supply too quickly, it might encourage the trillions of US dollars owned by foreigners to flood back here at once, in a bid for real wealth in competition with domestically held dollars. That would reverse, overnight, the muted inflation figures of the last 40 years, and prices could jump at a 20 percent to 30 percent clip.

It is hard to anticipate all the implications of that happening but, presumably, everyone would panic out of dollars and into real goods.

There would be a wave of bank failures. Possible government reactions would be price controls, withdrawal restrictions, foreign-exchange controls, and many other forms of “people controls.”

This country is arguably unique in having a gigantic long-term debt market; bonds and mortgages are worth several times what the stock market is. If the dollars that debt is denominated in were to evaporate, it would be a world-class disaster.

Previous runaway inflations in other countries have been characterized by the printing of literally tons of paper money. But the US economy is based largely on credit.

Would credit cards be accepted if the dollar were to start losing value at a very high rate? Quite possibly not. In other hyperinflations, there was usually some alternate currency to facilitate trade.

Weimar Germans had substantial amounts of gold coins salted away.

In the ex-USSR, dollars (and deutsche marks) practically became the new national currency for a few years.

But what would Americans use?

All this would be an academic discussion, or perhaps an interesting topic for a science-fiction treatment, if the US government were a manageable size, and instead of a “legal tender” currency, “dollar” were just a name for a certain quantity of gold.

But that is not the case, and we have to deal with things as they are.

Which Will it Be?

The current administration, Congress, and the Federal Reserve are confronting a far, far more serious problem than ever in past business cycles.

At the bottom of each past cycle, interest rates were high (bond prices were low), inflation was high, and the stock market was very low.

This set up ideal conditions for recovery, as each of these situations went into reverse.

But now, stocks and bonds are already very high, and inflation is already at (what have come to be accepted as normal) very low levels.

At the same time, the government has far less flexibility than in the past, despite being more powerful than ever.

Most of its revenues are already spent before they come in, and it has a gigantic debt load to service.

If some unexpected shock hits, it will be like watching a tightrope walker over the Grand Canyon during a windstorm.

In their efforts to quell inflation, the authorities could make the supply of credit either too small or too costly.

With as much debt as there is today, the wave of bond and mortgage defaults would cascade through the economy. Loan defaults would wipe out banks, and foreclosure sales would depress prices and wipe out the net worth of individuals.

A corporate bankruptcy can take down its suppliers, its workers, its community, and its lenders as well. Perhaps a scramble to pay debt would result in the wholesale liquidation of assets at distress-sale prices, further reducing everyone’s net worth, even while the dollars they owe gain value.

In their efforts to head off a deflation, the authorities would undoubtedly attempt to supply liquidity by creating more currency and credit. But that would just bring back the inflation scenario.

And world credit and currency markets are far larger than they were during the early ‘80s, when things very nearly collapsed.

The financial problems the government has created have taken on a life of their own, and there is a good chance we’ll have a nasty surprise when the next recovery is slated to occur.

Betting on inflation has been the winning strategy since the bottom of the last depression, but a financial accident could change all that overnight.

The inflationists will almost certainly be right in the long run, but they may get wiped out in the short run.

In any event, the moment of truth is approaching, and there likely will be a titanic struggle between the forces of inflation and the forces of deflation. Each will probably win, but in different areas of the economy.

As a result, we’re likely to see all kinds of prices going up and down, like an elevator with a lunatic at the controls. It will not be a mellow experience.

Editor’s Note: The biggest financial bubble in human history has popped… and the coming financial volatility will be unlike anything we’ve ever seen before.

It will be an increasingly dangerous time for retirees, savers, and investors.