Why You Need “Citizenship Insurance”

I have an attorney friend who likes to tell the almost mythical story of the Chinese man who always had a fast junk boat with a few gold bars and a second set of papers ready for when things went bad.

While that idea might seem foreign to you, it’s a much more commonplace concept than it seems on the surface. After all, you wouldn’t put your money in an uninsured bank. You wouldn’t leave your home or business uncovered. Why should your citizenship be any different?

The point of the story my friend likes to tell is that everyone needs some kind of insurance on their citizenship.

Citizenship insurance is a very important concept for us at Nomad Capitalist. There are two big reasons for going offshore: the first is what we refer to as a Plan A. People following these plans are looking to get a second passport so that they can get rid of their current citizenship.

Maybe because you’d like to live in a different country.

Some people develop these types of plans so that they can send their kids to better school environments or more affordable universities.

If you were from the United States and wanted to live in the European Union, you would develop one of these plans to help you get residence and then a passport.

Plan B is where citizenship insurance comes into play. 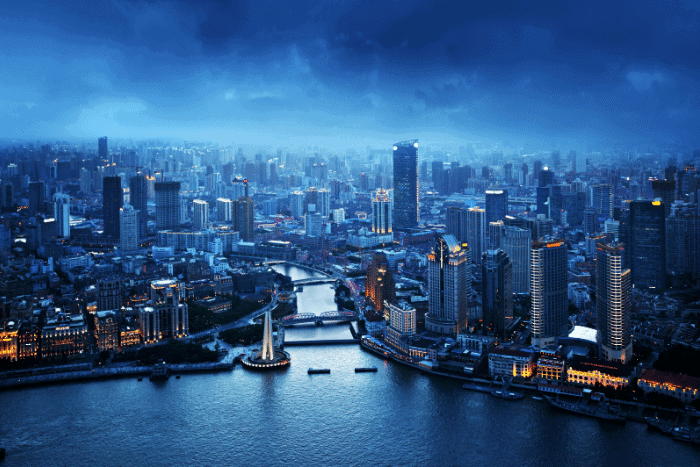 The concept of citizenship insurance is not foreign to people from China.

Especially if you’re a high or ultra-high-net-worth individual, you have a lot of insurance policies to help you cover your lifestyle. You have insurance for your car, your home, your business, fine art or jewels, or anything else that holds a large amount of value.

There is a growing trend in the world where people in countries like Russia, China, Turkey, or many places in the Middle East are taking this idea of insurance a step further by going out and getting second passports.

In fact, a recent study of ultra-high-net-worth individuals said that a very significant percentage of the demographic in emerging countries had or was making plans to obtain a second passport. The reason for this is the potential for negative change at home.

For example, there are a lot of people chasing a second passport in China who want to ensure that, no matter what the government does and no matter what happens to the country, they can take themselves and their family somewhere else.

Somewhere they can’t be refused entry no matter what the situation is back in China.

They want citizenship insurance, a Plan B for when things stop working at home.

Now, getting that second citizenship also gives people visa-free travel privileges and the perks of being associated with the second country, but in most cases, the biggest reason is the need for an insurance policy.

Why Do I Need Citizenship Insurance?

The reality of the world is that many governments are putting increasing restrictions on their citizens. In the United States, if you have a $50,000 tax debt, they can take away your passport or refuse to issue you one.

You might not think this would be a problem if you just stayed up-to-date on your taxes, and I’m right there with you. Our plans and strategies focus on legal tax reduction and taking your life offshore so that you can go where you’re treated best.

The problem is that, sometimes, a tax agency makes a mistake. Yes, they’re not infallible. I know from personal experience from early in my business career in the United States.

I had already paid my taxes, but I had to fight with them and demonstrate that I had because a mistake led the IRS to believe that I owed twice as much as I’d already paid. Now, at that point in my career, the payment they wanted, wasn’t much. 22-year-old me owed something in the neighborhood of $1200.

Imagine if they had thought I owed them $50,000! It would have been easy for them to cancel my passport.

It isn’t just about taxes, either.

Today, there are more countries telling their citizens where they can and cannot travel. In studying different governments around the world, there’s a trend among governments to impose restrictions on the movement of their citizens. At the very least, they are giving themselves power to create more limits in the future.

In a very real way, having only one citizenship makes you a slave to that country and whatever they do.

People in a lot of countries like China and Russia understand this. They can see the cracks in the wall, the fault lines. They understand that if things go badly, they could be left with the consequences and want a way to protect themselves.

People in the US and other western countries, on the other hand, don’t feel the same need. They can understand why someone in a place like China might be worried, but could never imagine somehing bad happening in their backyard.

So, they ignore the fault lines in their own country.

In all my years of travel and designing offshore strategies, I’ve not only studied history and the different trends around the world, I’ve also talked with people from every corner of the globe about what they’ve seen in their countries in their lifetimes.

And if there’s one thing I’ve learned, it is that the way countries change their policies to make you, as a citizen, their slave is a lot like bankruptcy.

It happens very slowly, then all at once.

There are plenty of people throughout history who could have benefited from a second passport, but they weren’t proactive enough to go out and get it while they could.

One of the big things I see in the western world is that governments are increasingly looking to raise taxes. Countries that don’t have wealth taxes are discussing implementing them. There’s a big target on the back of high-net-worth-individuals in countries like the US where politicians want to raise their taxes up to 70%.

They want to confiscate a part of your wealth and force you to do all sorts of other things with that wealth.

Having a second passport puts you in control, no matter what some politician does and no matter who gets elected. You always have the opportunity to go somewhere else that will treat you better.

There are people that we work with who’ve needed a second passport. We’ve gone through creating a strategy for them only for them to decide that they’ll get around to it later.

Then, before later came around, they had a very urgent need come up and they needed to rush through the process. They ended up spending a lot of money, going through a lot of hassle, and suffering a lot of stress often to not make it in time.

Sometimes situations come up where if you haven’t already obtained that passport, it’s much too late to try.

Citizenship Insurance as a Plan for the Future

The positive side of citizenship insurance is that it can have benefits that reach beyond your present situation. Having a second citizenship can allow you to leave a legacy that your family can benefit from. In many cases, you can pass your new citizenship down to your kids and grandkids.

In fact, looking at your family tree is where you should start when it comes to getting a second citizenship. A parent or grandparent could be your chance at claiming another citizenship for practically free.

Other people can choose to get their citizenship through investment. Many countries have plans that allow you to get a passport in a matter of six to twelve months after investing in some aspects of the country’s economy. You can hold that passport for the rest of your life all while making investments that have the possibility to earn you a higher investment than you would see at home.

If you have a second citizenship, you get the benefits of living in both countries. You can send your kids to school where you want. You can live, work, and do business without restriction in either country.

And, if that second citizenship is somewhere like the European Union, those benefits and opportunities could expand to a whole block of different countries.

If at any point one of those citizenships starts causing you problems, you have the right to either exit the country and leave it behind, or even give up that first citizenship.

Renouncing citizenship isn’t a decision to be taken lightly, I understand that most people don’t want to leave where they’re from behind. They want to be a citizen of the country they were born in. That’s all fine.

But, if you’re a successful person, you owe it to yourself to have an insurance policy on your citizenship that will protect you in the future. There’s no reason it should be different from any other important aspect of your life.

There are ways to get started inexpensively. There are also more expensive ways to speed things up. However you end up doing it, the important thing is that you are prepared and protected when you have a citizenship insurance plan.