Why the US Is Headed into Its Fourth Turning 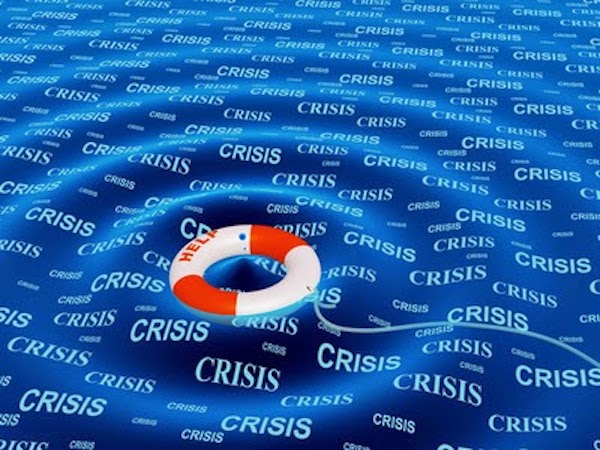 International Man: The economic, political, social, and cultural situation seems to have become increasingly volatile in the United States and more broadly in the West. Is this a unique situation or part of a recurring historical cycle?

Authors William Strauss and Neil Howe introduced a popular theory in their book, The Fourth Turning, outlining the recurring generational cycles that have occurred throughout American history.

What are your thoughts?

Doug Casey: I read Strauss and Howe’s first book, Generations, when it came out back in 1992. I thought it was brilliant.

Let me start off by recommending both Generations and The Fourth Turning to everybody. Both books offer quite a scholarly, readable, and prescient view of the cyclicality of history. And offer a very plausible forecast for the 2020s.

History’s best seen as cyclical, rather than a straight-line progress to some preordained end the way both the Marxists and the Abrahamic religions see it. But then, Ecclesiastes has its famous quote that there’s nothing new under the sun.

Plato in the Republic talks about how the younger generation—and we’re talking fourth century BC—can’t stand up to the moral values of their forefathers.

Older people have always thought that the younger generation wouldn’t quite measure up. In recent American history, you’ll recall, the younger generation were the beatniks in the ’50s, the hippies in the ’60s, and the yuppies in the ’80s—so it’s a passing parade. Older people have a tendency to think the world is going downhill. Nothing new there. But there’s always a rebirth.

Virtue gives birth to tranquility, tranquility to leisure, leisure to disorder, disorder to ruin… and similarly from ruin, order is born, from order virtue, from virtue, glory and good fortune.

The bottom line is that societies arise from poverty through moral strength—and that brings them prosperity. But that prosperity brings on arrogance, and the arrogance brings on laziness, which brings on weakness and moral decline. Then they’re reduced to a condition of slavery and poverty again. Change is the only constant—except in human nature.

As I look at the United States, it seems to me the peak of American culture was the time just before Teddy Roosevelt came into office. Teddy is certainly among the top five worst presidents. And there’s plenty of competition for that title.

He was the first real “progressive” president; he wanted the government actively involved in all areas of life.

Now, that’s not to say that Teddy Roosevelt wouldn’t have been a really great drinking pal, a wonderful guy to go camping with, a fun guy to have an intellectual conversation with. He had a lot of admirable personal values. But he was a nationalist, a statist, and a warmonger. That’s why I say he was a horrible president.

The long-term trend of US overseas imperialism started with the Spanish–American War and the building of an overseas American empire in Cuba, Puerto Rico, the Philippines, and Hawaii—followed by World War I.

The US has gone from being noninterventionist to now having many hundreds of bases around the world and trying to give orders to every other country in the world. That kind of arrogance always ends badly.

As a civilization—a culture—the US has been on an accelerating path downhill for about 120 years now. That’s true even while science and technology have greatly increased the general standard of living. It’s a mistake to conflate a higher standard of living with higher moral values—that’s what Machiavelli was talking about.

I question whether that trend will change—at least until we have a genuine crisis. Why not? Because a lot of the way a society acts comes from the way kids are brought up—the values that are inculcated in them when they’re young. And increasingly, kids are taught what I would call the wrong values.

Saint Ignatius said this in the 17th century, and Lenin repeated it in the 20th century. They both said that if you indoctrinate someone in his youth, chances are you’ve directed his worldview for the rest of his life.

Cultural Marxists are now totally in control of the US educational system, and have been for a couple of generations. That’s absolutely the case in the colleges and universities but also in the high schools and even in the grade schools. Kids are being taught to be socialists, ecowarriors, social justice warriors, and “woke” from an early age. It’s really serious.

And it’s not a cyclical phenomenon. This is one of the few areas in which I take some issue with The Fourth Turning. The trend towards collectivism and statism seems to be a secular long-term trend that’s still accelerating.

There are a few bright spots. Libertarians, for instance, are somewhat more prominent than in the past. But the fact that libertarians believe in personal freedom, in the face of a societal trend in the opposite direction, makes me tend to believe they’re actually genetic mutants. They’re just a small percentage of the population, whose nature has resisted the prevailing nurture.

I say that, only partially because of my own experience. I grew up in what could—jokingly—be called a cannibalistic death cult and was imbued with all kinds of strange notions by nuns and priests at the schools that I went to. I rejected them intuitively and intellectually, but they still stick to you like tar. It can take years to wash off the effects of early indoctrination.

I’m more of a maverick than most people are, however. Most just continue to believe what they’re taught as kids, reflexively and automatically—right or wrong. So I don’t think there’s really much hope of a serious change in the direction of American culture. At least until a major crisis—and the outcome of that is in doubt.

International Man: OK. That’s the long-term trend. Where are we in the generational cycle now? Are we moving into the fourth turning and headed for a crisis?

Doug Casey: Strauss and Howe take a cyclical point of view over the course of roughly 80 years, four generations.

To very briefly summarize their theory, there are four “turnings”: a “high,” an “awakening,” an “unraveling,” and a “crisis.”

Over the last couple of decades, we’ve been undergoing the unraveling, where old values fall apart. Next, Strauss and Howe predicted a crisis, starting about 2015, which tests the very existence of the society. Or at least the way it’s run.

They go beyond seeing generations as being simply “liberal” or “conservative.” According to Strauss and Howe, there are four generational archetypes that last over a cycle of 80 years—20 years per generation—corresponding to the “turnings.”

Without going into all the details, they see the baby boomers as being a “Prophet” Generation. The authors are ideologically oriented—fire and brimstone types—very much like Bernie Sanders on the left and Donald Trump on the right. Kind of biblically apocalyptic by nature.

They were quite correct in defining the Generation X types as the so-called “Nomad” Generation. These are kids who learned to take care of themselves—and are not so ideological in the way they think.

The Millennials are who are relevant at the moment. They correspond, in Strauss and Howe’s view, to the World War II generation. They’d be the frontline soldiers in the coming crisis and conflicts.

International Man: What happens after a crisis? Is there a positive way forward?

Doug Casey: Historically, the answer is, “Almost never”—in the short run. The best recent example is the French Revolution. It got worse with Robespierre—a Bernie Sanders of the era—followed by Napoleon. Or take the case of the Russian revolution. As necessary as it was to get rid of Nicholas II, it got worse with Lenin, and then it got even worse with Stalin. But even in those cases, France and Russia recovered.

If it all comes unglued in the US over the next decade, those two revolutions could be templates. Look at the way leading Democrats think, and listen to what they’re saying. They’re echoing Robespierre and Lenin.

The Republicans aren’t much better, because although they sometimes talk the talk of peace and personal freedom, they almost never walk the walk. The two major US parties—and people in the Red counties and the Blue counties—seem to really hate each other.

It’s quite ugly sociologically. There are irreconcilable differences. They’re exacerbated by the fact we’re headed for a financial blow up. There’s no doubt about that.

Some years ago, there was a poll taken among Generation X types. It turned out that more of them believed that space aliens were going to invade than that they were ever going to collect Social Security. People have very little faith in “the system” anymore, the society, or the government.

If we go back to the beginning of the 20th century, the country really wasn’t very political at all. People worried about their own lives, their own families, and their own local communities. Americans shared a common culture, beliefs, and values—that’s no longer true. Now the country has become very politicized—everybody has a loud voice and they use votes as weapons against their neighbors. It’s become a nation of nasty busybodies.

That makes me think the next upset will be something like a revolution. It’s likely to be really ugly, because we’re looking, simultaneously, at an economic catastrophe, political chaos, and a social and demographic upset—and probably a military situation as well. Government often sees war as a way to unite the country.

So, what’s going to happen?

I’ll hazard a guess that 50 years from now, the United States and, for that matter, most countries are not going to exist in anything like their present form. The best solution is a peaceful break up into smaller political subdivisions. As opposed to a civil war—which is a contest between one or more groups for the control of a central government.

Editor’s Note: The economic trajectory is troubling. Unfortunately, there’s little any individual can practically do to change the course of these trends in motion.

That’s precisely why bestselling author Doug Casey just released Surviving and Thriving During an Economic Collapse an urgent new PDF report. It explains what could come next and what you can do about it so you don’t become a victim. Click here to download it now.