Why the New Paradigm Was Inevitable 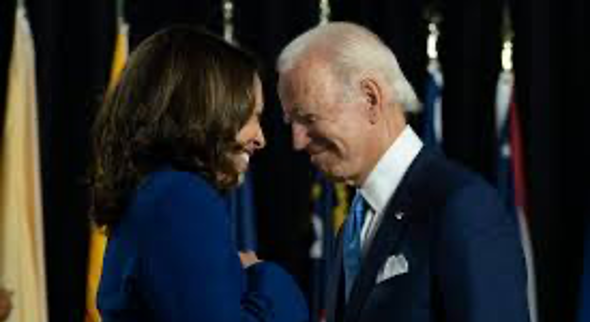 Just as people go through a lifespan that consists of different stages, so empires tend to follow a pattern of stages.

They tend to start off slowly, making progress as a result of industriousness, understanding that progress is dependent upon hard work and an entrepreneurial spirit.

This is important to understand, as it’s the one essential in the growth of a nation. No nation becomes an empire through complacency or a lack of productivity. Welfare states do not become empires, although most empires end up as welfare states.

So, if that’s the case, what is the progression? And more importantly, what does this mean, considering the dramatic changes that are now unfolding in much of the world?

As stated, prosperity is created through a strong work ethic and an entrepreneurial spirit throughout a significant portion of the population. This is what brings about wealth creation – a condition in which people invest their time and money in a business enterprise that reaps profit. The profit is then re-invested to expand upon that success.

In the early stages of prosperity, those who create the wealth are revered, as the goods and services they create benefit all, even those who may be less ambitious or less imaginative and may never become business leaders themselves.

But inevitably, there will be those who seek to prosper to the exclusion of others. This trend was seen around 1900 in the US – a time when the country’s wealthiest entrepreneurs figured out that, if they banded together, they could buy both political parties. That would mean that, regardless of which party held power, the government could be counted on to pass laws that would protect their monopolies and make success increasingly more difficult for the competition.

Of course, the objective of this would be that there would be a small number of individuals and corporations at the very top, who would be in a position to split up the pie amongst themselves and throw the crumbs to those beneath them.

Over time, this would lead to those at the very top becoming inordinately wealthy, well beyond what would be normal for their level of investment. And very few new individuals and corporations would be able to break into this cabal. Only those who could add to the size of the pie would be allowed in.

Not surprisingly, this, over time, would lead to resentment amongst those who were left out of the loop. When this became generational, with minimal change, the “greedy rich” would become the most hated segment of the population.

Those who come to understand that they will never be able to advance to the top layer would come to regard themselves as “disenfranchised.”

This in turn results, eventually, in the awareness that the “little man” represents the majority of voters, which is then capitalized upon by opportunistic political candidates.

Increasingly, there are cries by political hopefuls for the one percent to be taxed. With every election these promises are renewed. And each time out, greater demands are made by the politicians.

Of course, the one percent are already running the show on both sides of the aisle and can make sure that they are taxed very little, if at all. But someone must be made to cough up, so politicians go after the middle class, taxing them increasingly until, after decades of increases, they are squeezed to the limit.

As Vladimir Lenin said, “The way to crush the bourgeoisie is to grind them between the millstones of taxation and inflation.”

At this point the wealth disparity is at a peak and the resentment turns to anger. Those, who for decades have been promised a “fair share,” realise that they have instead been sold out.

And here’s where it gets interesting.

Traditionally, once the population became resentful enough that the system was in jeopardy, those few who comprised the ruling elite were likely to essentially say, “Let them eat cake.” This, ultimately, would lead to their downfall.

But today, we have the illusion of democracy, which allows for a different paradigm.

From the time of the French Revolution onward, we have had the construct of collectivism to work with.

Rather than defy the little man, defeat him by being seen to agree with him.

Create political figures who call out for a re-engineering of society: “An equal outcome for all. Take the wealth from the wealthy who stole it and give it back to the little man.”

Such platitudes sell well when resentment has hit its peak.

But the secret benefit for the ruling elite is that the new breed of politician works for the one percent, just as politicians always have.

And collectivism benefits the one percent even more than any free-market system could. Under it, the little man is not raised up, as promised. Instead, the middle class is beaten down to the same level as the little man, creating uniform poverty.

Therefore, it should come as no surprise to us that, when an empire such as the US begins to unravel, the ruling elite who actually own the country are ready and eager to create a transition that will appear to benefit the little man but will, instead, enslave him to a greater degree than he ever could have imagined.

So, it should come as no surprise to us that in recent months, the US has witnessed a carefully orchestrated drama in which the poster boy for the greedy rich – the US president – goes down in flames.

And the heroes of the play appear centre stage, providing a litany of collectivist promises that will bring cheers from the populace.

And so the trap is sprung. A totalitarian future disguised as a panacea.

As P.T. Barnum said, “There’s a sucker born every minute,” and there is no greater sucker than a voter who actually believes that there’s a pot of gold at the end of the rainbow. His vain hope is that, even though every collectivist government in history has failed to deliver on its promises and has, instead, resulted in uniform misery, this time it will be different, and the new government will deliver on the now-hackneyed empty promises.

The new paradigm was as inevitable as it will be long-lived and ultimately destructive.

Editor’s Note: Misguided economic ideas are advancing rapidly in the US. In all likelihood, the public will vote itself more and more “free stuff” until it causes an economic crisis.