Why Tech Companies Should Get Out of Silicon Valley

When I tell business owners to go where they’re treated best, they will often tell me that, while that mantra makes a lot of sense if you’re running a consulting company or an affiliate marketing company, it doesn’t make sense for a tech company.

For some reason, people assume that tech companies can only succeed if they are located in Silicon Valley. This is a common misconception. There are many more opportunities for tech startups throughout the world – opportunities offshore in emerging markets and tax jurisdictions with significantly lower tax rates than those in Silicon Valley.

Silicon Valley might not be the best place for your company, just as a general rule. It’s a saturated area filled to the brim already with all kinds of tech companies and startups. And there are a million taxes and regulations.

In this article, I’m going to discuss the reasons you should get out of Silicon Valley, how you can save money by going offshore, and where else you can go around the world to start your tech company.

DON’T BRING COMPETITION TO THEIR DOORSTEP

We’re always looking for the next big thing here at Nomad Capitalist. When competition in a market grows, small companies that are just starting out tend to get priced out.

When I first went to Singapore almost a decade ago, I felt that while Singapore was a great wealth haven – a great place to move to if you have a lot of money or if you’re the co-founder of Facebook or Dyson – it’s not a place where the small business owner can generally go and get the red carpet rolled out for them.

And this seems to be the case in Silicon Valley as well.

Still, whenever I suggest getting out of California or the United States – because the taxes and regulations are a nightmare, everything is too expensive, and there are much more frivolous lawsuits than anywhere else – people say that while that may be true, it’s different for tech companies. Tech companies “have to be around Google.”

I’m not going to presume to tell Google, Microsoft, Amazon, or any of the other big players what to do. Obviously, they have a system that’s working for them. They don’t need my advice.

But I want to talk to the small business owner who wants to be in that ecosystem of Silicon Valley.

What setting up your business in California does mean is that you will be thrown into a dog-eat-dog competition for staff where they can be poached at any time by any of the thousands of companies around you.

This isn’t exclusive to tech companies. I know people in the entertainment business in Hollywood that start out with one of these big companies and eventually they get poached to be executive vice president for a different company somewhere else. The same thing happens in Silicon Valley. You’re always at risk, everything seems transient.

On the other hand, a gentleman who I worked with has a relatively decent-sized tech company located outside of the United States. He has built a team with 30 really high-end people. If he were to go to Silicon Valley, he would be taking everything that he’s been doing – all the employees that have been so loyal and built up the whole company – right to his competitor’s doorstep.

If you can’t get out of the mindset that you need to be located in Silicon Valley to have a successful tech company, it’s going to be very hard to develop a good offshore tax plan. Even if your staff are willing to move overseas, the whole Silicon Valley ecosystem doesn’t really understand offshore. But going offshore is the best way to make a profit with your tech company, so it’s time to open up your mind.

TECH COMPANIES CAN SAVE MONEY OFFSHORE

But if I turn a profit in the United States, Canada, Australia, or many western European countries, my profit is going to be taxed away. Personally, I don’t want to pay half of my company’s revenue out the door via taxation that’s going to hinder my ability to grow my company.

And this is certain: you are going to lose money to taxes by staying in the Western world.

If you go overseas with your startup tech company, you can get your corporate taxes to a very low rate. Even in countries where they do have moderate or even high taxes, you can find free trade zones and tax exemptions specific to tech companies.

If your company is tech-related and you have patents, you can bring those there and pay two to five percent tax, because these countries want you there. They’re looking to compete for businesses like yours.

And yet people stay in California. They’re paying double-digit state taxes. They’re paying huge federal taxes. With a traditional Delaware C corp model, you’re going to be double-taxed. You’re not really in control of your destiny at all.

And what about all your other costs? You can lower your total cost of operating, including taxes, by anywhere from sixty to ninety percent.

I helped a man who hired eight programmers in Tbilisi, Georgia – I don’t often recommend that people go and hire in Tbilisi Georgia, although there’s a lot of other opportunities there – but he found some great employees. He told me he’s paying them one-fifth of what he would be expected to pay in other markets.

People aren’t going to start working for your Silicon Valley startup for forty-two grand a year. They will in Georgia.

There are certain outsourcing centers that have become more expensive because everyone’s gone there. You want to avoid that.

So where do you go?

Eastern Europe is a great place to look at. In countries such as Georgia, Armenia, Romania, Ukraine, Belarus, the Balkan region, and even Central Asia, you can hire at affordable prices. In California you have to pay your employees hundreds of thousands of dollars a year.

Check out our article on where to hire remote talent overseas to discover more about our top recommendations. 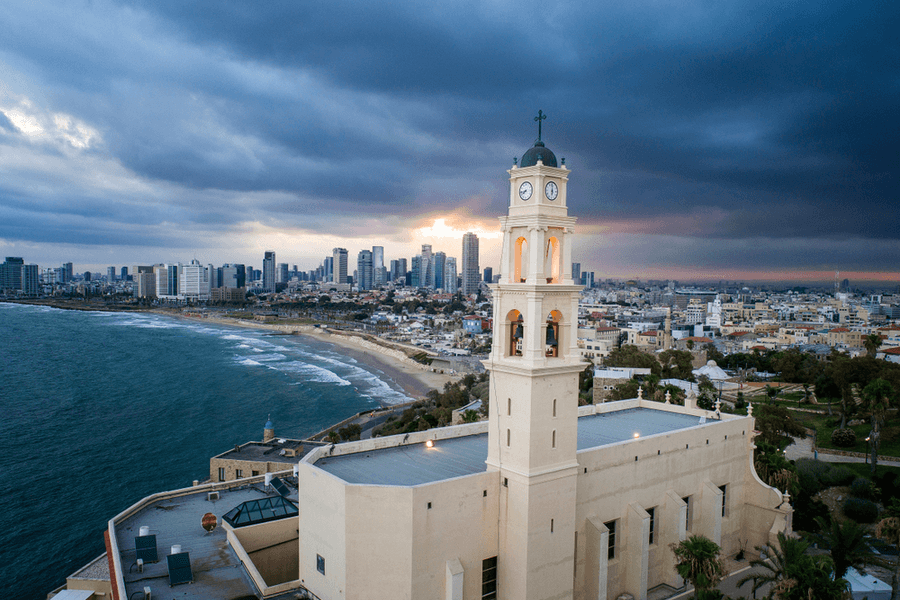 Tel Aviv, Israel – known as “the startup nation” – is a great alternative for tech companies outside of Silicon Valley.

If you stop focusing on this myth that you need to be in Silicon Valley, you’re going to give yourself a lot more independence. In this day and age, a tech startup can use the power of modern technology to be wherever you want.

Now, I don’t presume to tell every startup where they should be based, but I can tell you that there are so many places around the world right now that are trying to be the new tech hub.

Some of them – such as Tel Aviv, Israel, which is known as the “Start-up Nation” – are succeeding. They are becoming more developed tech hub alternatives to Silicon Valley. Other places like Yerevan, Armenia are pushing to join these new tech hubs.

There are already companies located in Yerevan, but it’s not enough to saturate the market. You have the chance to get in now while it’s a small and emerging market and see a profit in expected growth over the next few years.

At the same time, you’ve got countries in the tech industry that are trying to bring people in by hook or by crook and you can go and take advantage of that.

In some cases, they’ll even give you money. They’ll exempt you from payroll tax on your employees and exempt you from tax. They’ll make it very easy for you because they want you to come to their country. And if enough people do that, you’ll see more of these clusters start to pop up. You’ll see more alternatives to Silicon Valley.

I’ve been an entrepreneur since I was 19 years old. I’ve faced my fair share of trials. What I have always been focused on is: how do I get through this? How can I push past these roadblocks?

In every industry, people have questions of their own. As tech companies look for answers about how to save money, maintain talent, and achieve success, consider that the world is much bigger than Silicon Valley.

There are opportunities outside of the United States.

New tech hubs are emerging all over the world.

Don’t stay in an area with more competition and less profit. If your goal is to go global, Nomad Capitalist can help you come up with a blueprint to get you started.