When looking to invest in real estate, you may find that there’s a lot more to consider than you thought. Think property value, return on investments, economic growth, and government deductions.

Looking over these areas and comparing emerging markets to the markets in countries like Spain and Italy, I’ve found that it’s a safer and smarter decision to invest in properties in countries with emerging economies.

In this article, I am going to explain why you should invest in properties in emerging frontiers rather than purchasing real estate in Italy, Spain, and similar countries.

On a few different occasions, people have asked me, “Why should I buy property in Tbilisi Georgia for a thousand dollars per meter? Why shouldn’t I buy cheap real estate in Italy or Spain where you can find properties for the same price?”

This is where you have to make apples to apples comparisons.

If I’m buying in the center of Tbilisi or Bogata or next to the royal palace in Phnom Penh Cambodia, it’s not the same as a property located a four-kilometer walk away from the city center in a second or third-tier city in Italy or Spain. Even if that property is also a thousand dollars per meter, that’s not really an entirely fair comparison.

To do a fair apples to apples comparison, you need to remove the brand name from the product. In this instance, we will consider Western Europe as a brand.

To make a better investment decision, remove the brand that is influencing your perception of the country and the risk involved with investing there. Then, look at the fundamentals of the countries, Spain versus Georgia or Italy versus Armenia, and you’ll get a different perception. Compare the taxes and regulations in each country. Consider the potential for growth and returns.

Look at all this without the brand attached.

With this in mind, let’s look into the four main reasons I avoid buying cheap properties in countries like Spain or Italy.

The first reason I’m not buying cheap real estate in Italy or Spain is that while you may find a cheap property in a decent location, the properties are often ugly.

Someone once showed me some cheap real estate in Italy. As I was looking at the property, I found that it had some issues that people typically complain about when they look for properties in markets like Tbilisi or Phnom Penh. But this person wasn’t worried about the same issues with a property in Italy.

Recently, we had a real estate master class in Tbilisi where people came and looked at properties. Some of the things I heard at that class are the same concerns I’ve heard over the years from people looking at property in emerging markets. They worry about how the stairs look, or that the railing looks a bit shaky, or the patio needs to be renovated.

They can see that it’s not up to the standard.

These properties in Westen Europe have the same issues. I can see it just looking at the pictures. These buildings don’t look like they’re in marvelous condition. These apartments are not in pristine shape. They need work.

The challenges that people sometimes have when they look at property in emerging economies and city centers are mirrored in these countries as well. They shouldn’t be ignored just because the property is located in Italy or Spain. 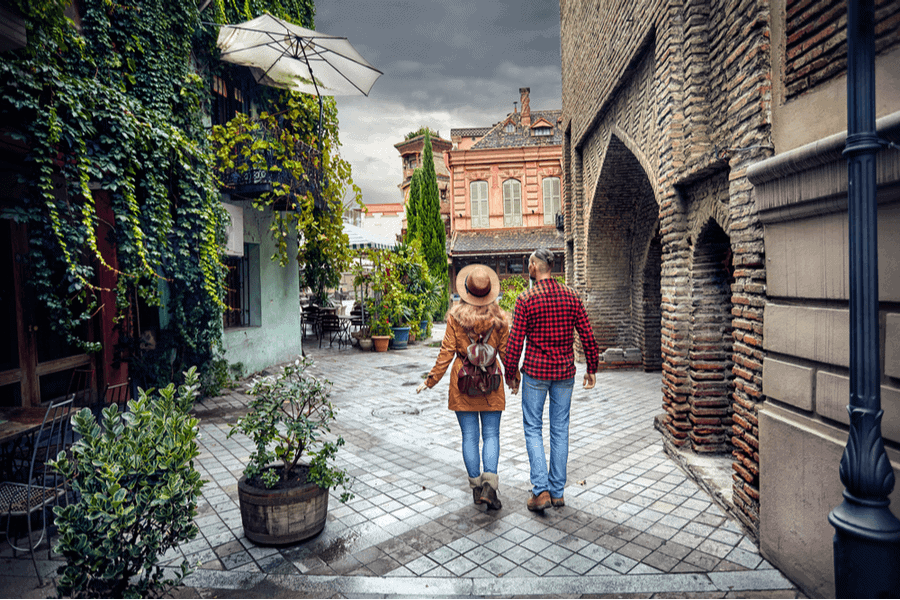 You can get real estate that is just as cheap in Tbilisi, Georgia as in Italy or Spain, but with greater potential for growth and higher returns.

The second reason I’m not investing in real estate in Italy or Spain is that, generally, you will have lower returns as well as more regulations on how you can earn returns in these countries.

For various reasons, most Western European countries have worse returns on property. This could be due to all the bureaucracy, regulations, other people from other countries coming in and buying real estate, or making lifestyle purchases.

Because of all this, prices go up and yields go down. In a lot of emerging or frontier economies where there is less outside demand driving up prices, you can make 8 to 11% in returns, sometimes more.

You’re not going to make that in Spain.

Another possible regulation is rent control. Prices could be depressed due to the property owner’s not being allowed to charge a fair market rent or raise the rent if necessary.

These markets often have very pro-tenant rules, where someone can just stay there and squat and it’s very hard to get them out. It takes months or years in some cases. So how do you make a return if your tenant isn’t paying you?

3. IS THE ECONOMY GROWING?

The third reason you don’t want to invest in real estate in Italy or Spain is because of the low growth potential in these areas.

Is Italy’s economy growing? No. Other countries are overtaking Italy in global economic rankings in terms of the largest economy. Italy’s GDP has dropped 5.3 percent in the first quarter of 2020.

I really believe that for a lot of countries in Western Europe, their best days are behind them. The prospect of growth is less likely. The challenge that I see with a country like Spain or Italy is that it is beyond its glory days. It’s cheap for a reason, and it’s not because the country is growing.

Right now there is a continual movement to cities. In second and third-tier cities, if there’s not something unique that’s keeping people there, people might be clearing out and going to bigger cities.

Some cities like Madrid, Rome, or Milan for instance, still have possible growth opportunities. But a city near Naples or in the south of Spain where you’re going to find the cheaper real estate prices has fewer growth opportunities as evidenced by the unemployment rates there, especially for youth in those countries.

Even in the United States, there are few opportunities for people in their 20s to be buying properties at the prices that their parents were. And a lot of Western countries have the same issue.

On the other hand, you go to the emerging economies and the younger generations are going to become much wealthier than their parents. Their parents never got to go to McDonald’s as a treat. There were no McDonald’s in their country! Now that is something the upcoming generations can enjoy.

This is just a simple way to illustrate how their economies are moving in the right direction. Evidence that there is growth. The economies are growing and their governments are pushing that.

When considering where to put your investment dollars, you want them in the places where there is the most potential for growth, and that’s just not the case with the cheap real estate in Italy and Spain. 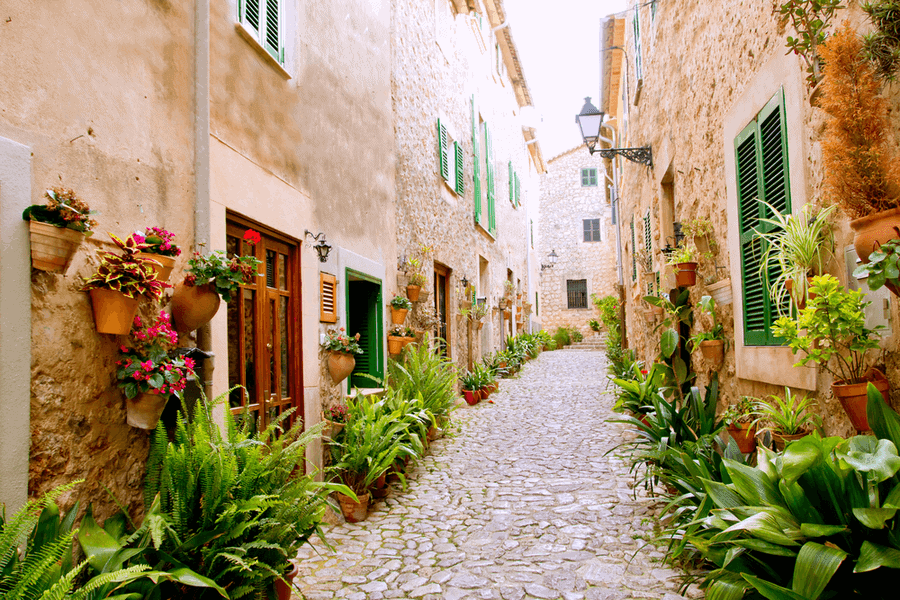 The fourth reason looks at how the government impacts your investment. Even if you can manage to get past the three reasons discussed above and make money off your real estate in Italy or Spain, you are still going to have to pay high taxes on the money you make.

Plus, the Italian or Spanish government will take a portion of the money you make as they impose different fees on you.

For example, I had two rental properties in the United States. When I sold the properties, I was looking at the sheet of deductions and it was insane. There were so many deductions for various things. An incredible amount of fees.

Comparatively, if you were to sell a property in these emerging economies I’ve discussed where I’m generally investing, the deductions are significantly less. Rather than a lengthy list of deductions and fees, they took out 20 bucks and I could keep the rest.

No doubt there are some Western European countries that have never fully come out of recession where you could find some great property deals. We have people who use our services who simply want to live in Spain. I spent a month living in Valencia, Spain several years ago and I remember back then you could buy a place for a thousand euros per meter. If you want to live in Valencia Spain or wherever else, that’s a lifestyle purchase you could consider.

A lifestyle purchase is not really an investment, and there’s nothing wrong with that if that’s what you want to do. If you want to live in Barcelona, Valencia, or wherever, go right ahead.

A lifestyle investment is more about your enjoyment rather than your financial returns. You don’t need to have an optimal return on every single dollar you put out into the marketplace. Investing in yourself and your quality of life is a very important investment.

But on an apples-to-apples basis, I want growth and I want potential. I don’t want to live in the past or assume that the brand name on real estate in Italy or Spain means that I’m making a good investment.

Don’t look at the brand name. Instead, consider these four things to know where look to invest for the best returns and greatest growth.