Why I Hate Risk and How I Avoid It

This statement might seem strange coming from me.  People think I’m a traveling daredevil who has never had a ‘real’ job, who invests in dangerous markets and who is so flippant about what I already have that I renounced what people assume to be the best citizenship.

But I’ll tell you a secret, everything I’ve done throughout my life was actually done to reduce risk.

In fact, I dare say that if you don’t follow my advice, you are exposed to more dangers than I am. So, let’s go through the three things that are jeopardizing your wellbeing.

Let’s say you earn an annual paycheck of $100,000. Then, just around the corner from your fancy firm, there is a butcher who has hundreds of customers and makes half of that each year.

You earn more but he owns his business outright. Who has greater income risk?

The butcher can lose many customers and still stay in business. In fact, he may have some customers who only visit his shop once a year, if that. On the other hand, you only have one income stream. If you upset your boss or he doesn’t have an immediate need for you, you could be on the dole.

The infamous statistician and risk analyst Nassim Taleb argued that your level of freedom is directly correlated with how many people you can tell to take a hike and still be fine.

As an employee, you also don’t have access to your employer’s books. The company might be on the verge of going under and you would be the last to know. The same risk is inherent in good times too. If you have no knowledge of how well things are going, your employer will have very little incentive to randomly give you a raise.

Your bargaining power is close to nonexistent unless you have options.

On the other hand, when you’re in control, you have the ability to dictate your income.

Ever since I started my first business at 19, I was fearless. I went out and said: “I will call whoever wants to buy something that I’m selling – any rejection I may experience won’t matter.”

And if you’re one of the seven- or eight-figure entrepreneurs we talk to, chances are you started out in a similar way. Deep within you, instinctively, you know that what is truly dangerous is to hope that fate smiles upon you and gives you a good income.

If you don’t take control of your destiny, other people will do it for you, and they won’t have your best interests at heart. That’s not a risk I’m willing to take. 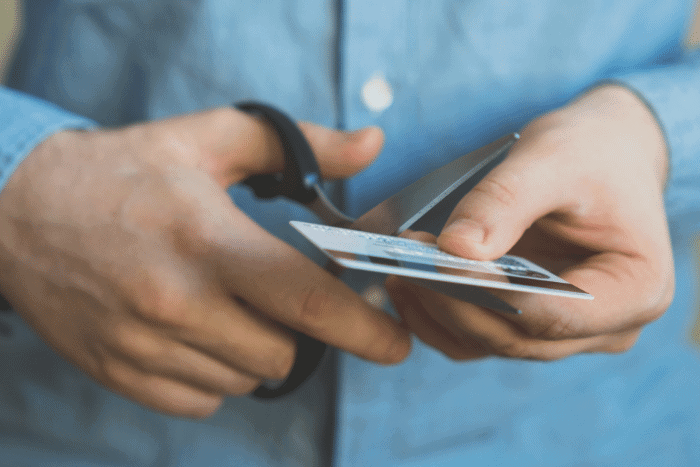 Throughout history, debt was often seen as evil because it enslaves the people that can’t pay it back. In German, for example, the word for debt and guilt are the same.

I do not like debt because it has the potential to force me to act in ways contrary to my own wellbeing.

When it comes to borrowing risk, the United States alone has over $1.6 trillion in student loan debt. This is among the largest loan bubbles in history. Not only that, but student loan debt is a bit of a scam as it’s not dischargeable in bankruptcy and might not even help graduates get a job.

Speaking as a business owner and someone who regularly hires people for our growing team, I don’t care where someone went to school. If you have the skills to do the job, we want you on our team.

Sometimes, trying to play it safe and pursuing degrees because it’s what everyone does is very risky.

That said, playing with debt is not solely for the fresh graduates.

In boom times, when money is easily available, people go out and buy real estate with a lot of leverage. Those of us who’ve been investors for decades know how this will turn out.

There are very few reasons that justify borrowing money. Rampant and unfounded speculation where you’re gambling on being able to make the next interest payment is definitely not one of them.

I personally have zero debt because debt is a risk as the borrower is a slave to the lender. I have no interest in being a slave under any condition.

Some investments can take years to pan out. But what happens if your income is suddenly cut and you have a bill collector hounding you for interest payments every month?

The beautiful thing about controlling your income as a global citizen and Nomad Capitalist is that you don’t have to take on debt and owe anyone to accomplish your goals.

When people hear that I renounced my US citizenship in favor of a portfolio of Tier B and Tier C passports, they often question my judgment.

After all, people from all around the world have risked their lives to get a chance of one day becoming an American citizen.

Why would I do something so risky?

If you have the traditional 9-to-5 job, this could be a very risky move. If you depend on a physical location and you rely on a boss to lord over you and give you a check, then yeah, what I did was insane.

The US job market offers some of the most lucrative positions out there.

But from my perspective, it is much riskier for me to be doing business out in the world with the US government micromanaging my every move. Even if I do not live in the US, I am still liable to fill out innumerable reports and I am restricted as to where I can do business, who I can sell to and work with, and how I can run my company.

That is a very risky proposition.

Not only that, but they charge me heavily for the privilege of providing jobs and running a  successful business.

So, what is the riskier proposition? The certainty of being treated badly by the most powerful government in history? Or looking at what the other 194 countries on the planet have to offer? 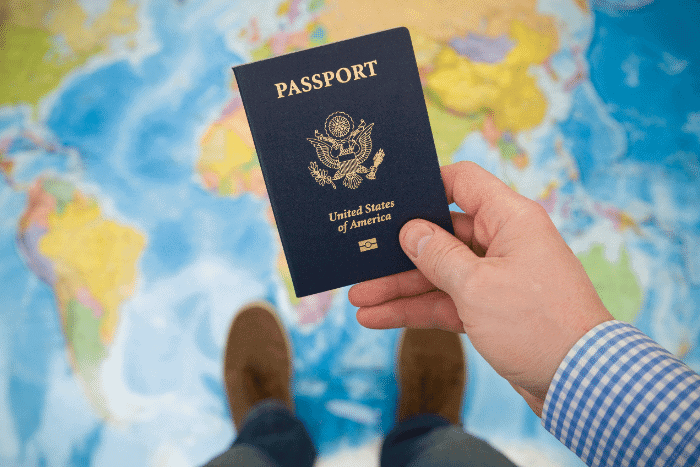 I want to be in control of my money and what I do with my life. From that perspective, Nomad Capitalism really shifts the game for people who are living, banking, investing and doing all their business in one country.

If you look at it globally, Queen Creek, Arizona, is a lot less recession-resistant than a property next to the royal palace in Phnom Phen, Cambodia where property prices have gone nowhere but up for 22 years, with no indication that they will plummet anytime soon.

Most importantly though, I don’t want bureaucrats deciding when it’s time that I have access to the money I have worked so hard to get – as would happen with a 401K, for example.

To someone that doesn’t understand freedom, anything that goes away from society’s way of doing things is scary, risky and wrong. In my view, being in control and having strong assets are the best ways to reduce risk.

Some may see the Nomad Capitalist approach as risky business, but to me, everything else is.

If you want to reduce risk and find the way to live your best life, click here to arrange a meeting with me and my team.