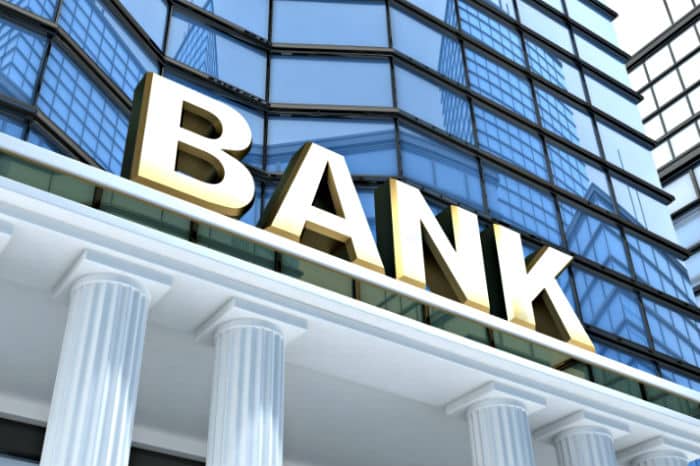 Switzerland has long been the world’s top offshore financial center. And for good reason. Its sophistication and professionalism are legendary. Plus, it has a distinct history, tradition, and culture that sincerely values privacy, neutrality, and independence.

Switzerland’s culture is its rare, secret sauce. That’s something that cannot be easily replicated by other jurisdictions. It’s what really sets Switzerland apart.

Recently we spoke with Robert Vrijhof, who has been in the Swiss financial industry for decades. We touch on some crucial topics that are becoming more urgent.

You’ll find the informative discussion below.

International Man: What are the benefits of having some of your money outside of your home country, specifically in Switzerland?

Robert Vrihof: In our eyes, there are four key advantages of having some of your money offshore:

#1 Beating the home bias and access to Investment Opportunities

Most investors tend to have a home bias and are heavily invested in their home country and surrounding region. Having part of your wealth invested offshore enables you to enjoy true geographical diversification and to profit from the expertise of investors that have a different focus and view point than your local stockbroker. You also have easier access to other markets and international equities.

The first-class private banks that WHVP recommends offer all the services you would expect from a full-service stockbroker with the addition that you can purchase any security in the world, not just those listed on a domestic exchange.

#2 Protection against a sinking domestic currency

Over the years the value of the US dollar has declined. The question therefore has to be: how can you protect yourself from the loss in value of your investments? Listening to late night television, you might think the only option is to trade high-risk foreign currency options and futures.

There is a much easier, safer, and more conservative alternative – purchasing shares and bonds denominated in foreign safe haven currencies such as the Swiss franc.

#3 Protection from professional liability and other claims

Many Americans rely on domestic laws and instruments to protect their wealth from frivolous lawsuits. However, there are considerable variations between states, and some states provide little or no protection.

In combination with an asset protection strategy an offshore bank account offers the highest level of protection. We have decades of experience in dealing with trusts, LLCs and other structures and can always help you find the right partner if you don’t already have a structure in place.

Your wealth, spending habits and almost every other detail of your financial life is under scrutiny in the US. The US is one of the few nations where it is legal for banks and other financial services to disclose information about your accounts without your permission and without probable cause of wrongdoing.

Many disclosures that would be illegal in other countries are commonplace in the US. As a result, the army of information brokers, which advertise their ability to uncover assets, will not be able to pry information out of an offshore bank.

Switzerland is one of the best jurisdictions for private banking based on its long history as a financial center, the professionalism and integrity of its banks as well as its strict policy of neutrality and non-intervention. Switzerland’s exceptional status has developed over hundreds of years and is one of a kind.

The great stability of the Swiss Confederation has its roots in a highly developed conservatism. The long history of Swiss banking has given rise to a class of professional bankers, who, upon completion of university, undergo practical training in foreign exchange, portfolio management, securities trading and many other disciplines.

At the same time, bankers are given increasing responsibilities with only those demonstrating aptitude and integrity being permitted to deal with private clients and their assets. The result of this rigorous process is the creation of the world’s most knowledgeable and capable financial professionals.

Switzerland’s political neutrality continues to the present day. For instance, Switzerland has repeatedly rejected membership in the European Union due to concerns that doing so would compromise its neutral status and force it to take sides in international disputes.

International Man: Switzerland once had legendary financial privacy. Today, the US government and others have eroded much of it. How does this affect the attractiveness of Switzerland?

Robert Vrihof: As you are stating correctly, things have indeed changed during the past decade. We do however feel that the changes overall are rather positive than negative for clients. The changes that took place have made it easier for US clients to find specialized professionals and to open offshore bank accounts in a compliant way.

The account opening process has become more transparent and the changes also lead to more independent asset managers registering with the SEC. The private banks we are partnering with have a wealth of experience in dealing with US clients, understand and comply with all relevant US rules and provide yearly tax statements that make it easier for clients to declare their taxes to the IRS.

Registered Independent Asset Managers such as ourselves know exactly how to detail with a US clientele and where to invest in world markets and what investments to choose.

Additionally to that, as already touched upon earlier, the expertise of our Swiss financial entities is still regarded as the best in the world and on top of that, we still have one of the strongest currency worldwide. We still strongly believe that the Swiss Franc should be the currency of choice for wealthy individuals.

International Man: It seems the world is heading towards a crisis on multiple fronts. What is your view of the big picture and what can be done about it?

Robert Vrihof: Indeed, the world is more and more looking like a house of cards, the immense amounts of debt being build up in countries worldwide might eventually lead to a disaster. The USA, despite a very strong economy, is not able to reduce its debt.

On the contrary, it is piling up even more debt during years of strong growth and eventually someone will have to pick up this bill. The same is true for China, Japan and Europe. As long as these countries will be able to keep interest rates at these current historically low levels we will be able to keep the party going.

We are not expecting higher rates in the foreseeable future in any of the western economies and do therefore strongly feel that 2020 will be a year where economic growth will slow down but that this will not yet lead to the recession all market makers are waiting for.

The President of the USA and his government will try to do everything they can to keep their economy going during this very important election year.

Nevertheless, the party will eventually end and investors should make sure that they are not the last to leave! We recommend being prudent with your investments, to set trailing stop losses and think about taking some money off the table during this year. Do not put all your eggs in one basket, seek out strong currencies away from your home currency or let professionals such as ourselves do this for you.

International Man: Europe is experiencing serious problems. There is an ongoing migrant crisis of historic proportions. The economic situation is stagnant. Politics are becoming more extreme. The future of the European Union and the euro are in doubt.

How do you think Switzerland will do if Europe has a crisis?

Robert Vrihof: The beauty of the Swiss political framework is that while the country is in the heart of Europe and has great relationships and contracts with the European Union, it is not part of it. This gives us a unique advantage. While profiting from the EU from a trade perspective we are not severely affected by any political problems of surrounding countries. We are an isle of independence and increasing geopolitical conflicts and turmoil even tend to strengthen Switzerland as it is seen as a safe haven.

Nevertheless, we do not believe that the European Union or the Euro will fall apart. The Euro is still at the same level as it was in 2015. We are aware that especially in the US media there has been talk of the mighty strong US Dollar, however we do strongly feel that we are seeing the end of this and that the next period will be a weaker dollar versus western currencies.

Germany the locomotive of the European Union did show some weakness in two quarters of 2019 but has been able to show stronger economic numbers since the last quarter of 2019.

International Man: Due to onerous and expensive regulations, most foreign financial institutions do not want do business with Americans. It has become difficult for Americans to get access to the most favorable places. What options are available?

Robert Vrihof: It is true that the past decade has changed the international banking business and that it may seem nearly impossible for a US citizen to open up an account in a foreign country such as Switzerland. However, there are a small number of financial service providers that have specialized in working with US clients and are registered with the SEC.

This registration shows that the company is familiar and compliant with US rules and regulations and therefore private banks are willing to accept clients if they come through a registered investment advisor. Since working with Americans is tied to enhanced compliance work there are some fees involved that makes offshore accounts a bit more expensive than your local trading account.

Therefore, Swiss private banks have a minimum account of up to USD $1 Million. Since we have been in the business for almost three decades, we could negotiate some special fees that allows us to onboard clients starting from USD $250,000.

Editor’s Note: It’s no secret that it is becoming harder and harder to open a foreign bank account. Soon it could be impossible. This is a strong incentive to act sooner rather than later – even if you don’t plan to use the account immediately.

The good news is there are far more favorable banking options.