Why Appearance Matters to Offshore Banks

In my years helping individuals create holistic offshore plans, I’ve run into a few hotshot entrepreneurs who spend their days hanging out at the beach in a t-shirt, shorts, and sandals and who thumb their nose at the rest of us who argue that appearance matters when pursuing success in any endeavor.

I also discovered that it was always those guys who overestimated their financial power and struggled to get approved for programs we had easily helped dozens of others access and incorporate into their offshore plans.

But then something interesting happened. As we began to focus on helping only high-net-worth individuals, those hot-shot t-shirt guys disappeared from our clientele. The more successful people we helped, the fewer sandals and shorts we encountered.

Dress for success may sound a little cliche, but it’s a cliche for a reason.

And appearance matters for more than business success. As I mentioned in my article yesterday, appearance is a crucial factor for successfully opening an offshore bank account. In fact, it is so important that I want to specifically address it here.

In this article, we’ll look at why appearance matters to offshore banks, how to present yourself in an honest and beneficial light, and how to create a banking portfolio to protect against the chance that appearances are not enough and a bank decides to close your account.

Why Appearance Matters to Offshore Banks

In many ways, bankers are essentially bureaucrats or government workers. They have standard operating procedures they need to follow. They have red flags they watch out for when talking to their customers. Their job is to keep the bank safe and out of trouble.

When people get into offshore banking, they get into a world that is much more concerned with who they are, what they’re doing, and where they’re going than they might have expected. Your appearance matters to the banker because it helps them understand who you are as a new customer and whether or not you’re a risk.

Your ability to answer questions about your business and what you’re doing matters.

Appearance matters to offshore banks. It can be the difference between getting an account or being rejected. Whether this is right or wrong doesn’t matter. This is the reality we have to deal with. So, prepare to put your absolute best foot forward.

Get Your Offshore Story Straight

The key to putting the banker at ease is to get your offshore story straight. Now, don’t get the wrong idea and think that this means having a lie or falsehood handy to explain away a shady transaction. It doesn’t. It means having a straightforward explanation of exactly what you’re doing.

For example, say you want to get permanent residence in Colombia as part of your offshore strategy and you’ve made the decision to send a bunch of money to Colombia so that you can buy a house there to qualify for residence.

If you haven’t done anything like this before and you have a mass-market bank account without a private banker helping you, all the bank is going to see is you transferring a bunch of money to Colombia out of the blue.

Your banker back home is going to see a bright red flag and, at best, come to you asking a bunch of questions. In many cases, they’ll just freeze your money. I’ve had my accounts frozen simply for making basic transactions overseas.

The bank needs to know that they aren’t helping you do anything illegal and they need to protect themselves from any legal backlash if you are.

The first time something like this happened to me, it was scary. I’ve never had a bank ask me that many questions about a transaction before.

And situations like this are becoming more common. Banks want to know what the nature of the transaction is, if you have a contract or an invoice to back it up, and why you’re doing it.

This means that you need to have your story straight before they start asking questions.

You’re sending money to Colombia because you’re planning on relocating there and you need to buy a house. That’s simple and straightforward. But if you want to make things even easier, discuss the transaction in advance with your banker and explain exactly what you’re doing and why.

When I do this, I tell the banker what I want to do, we go over any applicable bank policies or government regulations, and we walk away with a plan. The banker doesn’t get blindsided and start seeing red flags everywhere, and I keep a healthy relationship with the bank.

There might be some banks in the US that decide that they don’t want to deal with you after you send money to Colombia. You could even get that same reaction in other places like Singapore. Generally, however, if you exercise a little empathy and understand that the banker is going to have to satisfy their superiors with your story, you’ll have a far more favorable outcome than that. 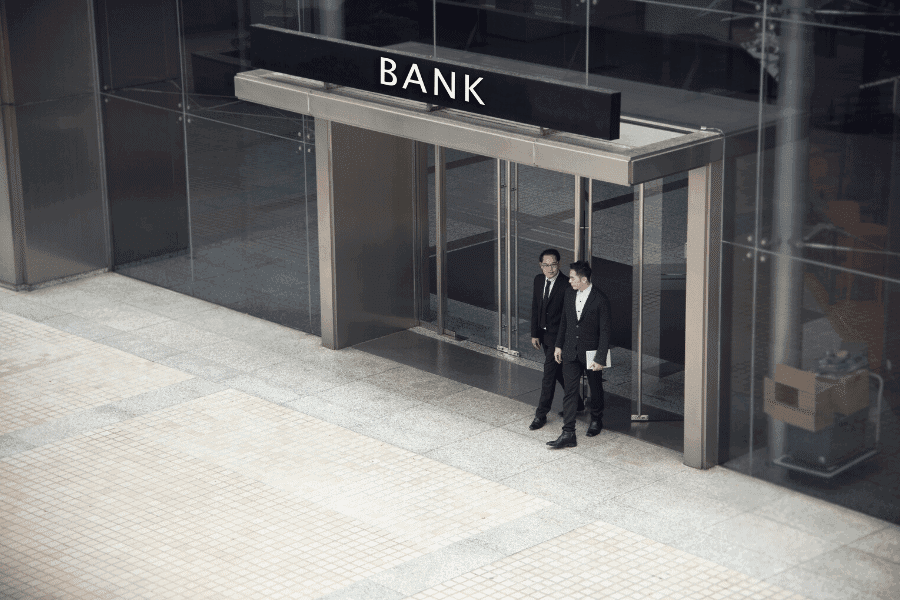 Creating a banking portfolio not only allows you to diversify your finances but also access different investment markets.

Now, no matter how much sense your story makes, some banks won’t want to work with you or even understand what you’re trying to do. This is when creating and keeping a banking portfolio makes quite a bit of sense.

The implication of this is, of course, that you have a somewhat advanced – or, at the very least, diversified – foreign investment strategy. For the moment, let’s say that’s the case and that you want to invest in different countries around the world.

You need to pick banks that will work best in the places you plan on doing business. Opening an account in Dubai makes sense if you’re investing in Egypt or other countries in that area of the world.

I’ve got a friend telling me about incredible real estate bargains in Alexandria. For that, I would use my account in Dubai over my account in Singapore because bankers in Dubai will have a better understanding of what I’m doing. And because appearance matters, if you operate locally by having a regional bank, they will take your investment more seriously.

My friends who still live and bank in the US often run into problems when they try to do things that aren’t as difficult in other countries. Taking $10,000 in cash out to buy a used car creates problems in the US because banks are so unwilling to deal in cash. They also run into the issue of banks not taking foreign checks.

The problem is that many US banks and US bankers don’t really understand anything outside of the United States.

I made some money when I sold my house in the US a few years ago. There was some equity in the house and the title company called me to figure out where they should wire the money. When I tried to set up the wire to my account in Singapore, the lady I was working with became very confused.

She’d never even heard of Singapore.

When we at Nomad Capitalist tell people to go where they’re treated best, it often means doing much less banking inside the United States. It means going to places where institutions will understand what it is you’re trying to do.

And make sure that once you get there, you remember how much their perception of you and your appearance matters.

We were working with someone a little while ago who opened a brand new, mass-market account in Montenegro. It was one of those bank accounts where you walk in, answer a few questions, and then walk out with an account number. He didn’t fund this new account – just opened it and walked away.

A week after opening the account, he sold off some gold from a private vault facility in Asia. The mistake he made was having the proceeds from this sale wired to this new account in Montenegro.

The banker was sitting there having a normal day when $800,000 in gold suddenly dropped into an account that previously held nothing.

There was no regularity here, no monthly payment or income. There was no explanation. So, naturally, the bank started freaking out and we had to call and help this guy avoid getting his account closed.

Banks like regularity. They are comfortable with payments going in and out on a schedule. They like seeing gradual growth in businesses and regular payments on a new investment property. They don’t have to worry as much about criminal activity or scams.

If you don’t take this into account, you are going to appear suspicious and banks will not want to work with you. You’re not suspicious. You have legitimate (and legal) reasons for making international transfers living and doing business overseas. But you have to let the bank know.

It’s simple: Understand what the bank wants and then give that to them.

If you want help creating a banking portfolio as part of a holistic offshore strategy, feel free to reach out to our team. We do this stuff every day and can personally advise you on what you can do to create a life of greater freedom and prosperity.