Who Is the Most Sophisticated Traveler? 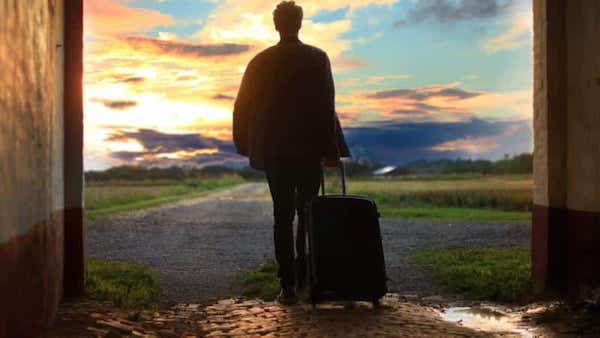 Doug Casey’s Note: I first met Kolja at Hans-Herman Hoppe’s famous economic conference in Turkey several years ago. It was immediately obvious we saw the world the same way. And needless to say I joined his rather exclusive Extreme Traveler International Congress. In a world increasingly polluted by cupcakes, snowflakes, SJWs, and similar PC types, it’s always a pleasure to get together with Kolja.

The word “sophistication” has its ancient roots in Greek: sophia = wisdom. In the days of classical beauty, wisdom was inherently linked to aesthetics, defined by rational order and harmonious proportions. This was in stark contrast to later medieval gothics (brought by barbarians) or modern shard deconstructivism (by another tribe from the East), which has found its extreme in the dumbing down of so-called Western societies, a crude lumpen egalitarianism, sometimes referred to as “cultural Marxism.”

Let us apply this definition to travelers and analyse what makes them sophisticated. We take as common wisdom that “travel educates”—in and of itself. I disagree.

“We live in the age of the digitally dumbed-down masses.”—Peter Scholl-Latour

The majority of travelers I have met see foreign lands entirely through the filter glasses of their home front. Their worldview is shaped by government schools, Hollywood actors, television programming, mainstream pressing, and the resulting illusion of “us being the good guys.” When they travel, they carry a lifetime supply of brainwash shampoo with them. A backpack full of sheep’s wool over their eyes. And a dumbed-down uniform of sweatshop t-shirts, shorts and sandals that sores the eye of the beholder.

When in Grozny, their inner view is Amanpour’s “breaking news” on CNN; when in Beirut their inner compass follows Clooney in his movie, Syriana; when in Tehran their inner voice is guided by Salman Rushdie or Betty Mahmoody; when in Moscow they go by the beliefs of Bill Browder or Anders Aslund—or by any other Western agitprop clown of the day.

While Mark Twain said, “Travel is fatal to prejudice, bigotry, and narrow-mindedness,” Mozart rightfully countered, “A man of ordinary talent will always be ordinary, whether he travels or not.”

Many contemporary words describe the ordinary traveler: hoi polloi, plebs, great unwashed, riffraff, tourist, NRT. However, the sophisticated traveler is as rare as a word for him. The Gallivanter or Sybarite or Gourmand are in the neighbourhood but still not à point. Maybe the German word Weltmann comes closest.

Sophisticated travelers recognize each other from the outside, even from afar, just by their composure, their habitus (from French habit = suit), their luggage, and most important, the places they frequent.

The sophisticated traveler cultivates knowledge of places where sophisticated locals meet. An aura of quality is his universal passport. If he is in an unknown location, he will know a friend, or a friend of a friend, who will unlock this place’s secret gates. To be able to connect with interesting people is the greatest sophistication of all. It is almost by definition that such sophisticated gathering points are not mentioned in travel guides.

It is in such sophisticated realms where really privileged information about the world is exchanged, which the riffraff will never get the slightest sight of. Not only in terms of digesting higher gastronomy, but to deeply understand the local society, their economy, contemporary policy, and overarching history.

Sophistication is a small club, with unwritten rules. If you ask for the terms, you are Not Ritz Type. If you ask for the dress code, you are probably unwashed. If you need to ask for the price, you are a plebs who can’t afford it. C’est la vie; c’est la guerre! To really understand reality, to make the right decisions, to become your own sovereign, you require access, contacts and exposure. The key to most doors is your habitus.

The sophisticated traveler either carries minimum hand luggage (still looking like a gentleman at all times) or, if not, has a chauffeured car full of monogrammed Goyard luggage following him (like Karl Lagerfeld did).

The sophisticated traveler wears at the minimum a collared (!) shirt, long trousers and covered leather shoes; however, he tries to look prepared for any occasion, especially where and when the unspoken dress codes become important.

The sophisticated traveler is able to read faces and characters in any country and sift out the time wasters, confidence tricksters and ponzi schemers. He is acutely aware of the saying, “If you come to the poker table and in 10 minutes don’t know who is the sucker, it’s probably you.”

The sophisticated traveler is able to read new places and social situations with experienced antennas to send and receive non-verbal messages that control his surroundings.

The sophisticated traveler speaks several languages but most importantly lets his charisma speak through a congruence of inner beauty and outward appearance.

The sophisticated traveler will leave a lasting impression, a fond memory, a personal footprint in most countries and be welcomed back by his (new) local connections.

The sophisticated traveler is humble enough to treat others’ karma with respect, because he knows that flying too high will burn his wings, but he will always demand the respect he deserves. His natural leadership is what the cultural Marxists try to destroy.

The sophisticated traveler is able to dig in his phone book and find a number that gets him out of trouble almost anywhere.

The sophisticated traveler keeps in his pocket a fractional reserve that gets him out of trouble anywhere: a bundle of cash.

The sophisticated traveler navigates difficult regions with sophisticated helpers, like at the Mamba Point in Monrovia, the Acropolis in Khartoum, the former Gandamack Lodge in Kabul or the Separatist Café in Donezk.

“Wherever you go, try to stay at the most famous hotel—even if you can afford only the smallest room!” Aristotle Onassis

For me, the following gentlemen are protagonists of sophistication in the scene of systematic travelers:

The annual ETIC—Extreme Traveler International Congress—was created with the founder’s vision to connect “sophisticated travelers, without one-upmanship, sharing their way of life and a deep understanding of the world.”

I want to end my essay, or start my final appeal to the hoi polloi, with a poetic passage from Ethiopian Prince Asfa Wossen-Asserate’s book, Manners (Manieren, 2004), pondering NRTs:

If you arrive at the Ritz Madrid in the afternoons, you may be lucky enough to find elegant people drinking tea in the hall, small old-style tea companies with large, silver teapots and English biscuits. This is a moment when the hotel lives in harmony with its guests. Otherwise it is here as everywhere: Between the style of the house and that of its guests not only a crack, but a quite wide crevasse has opened… Hotel owner Georges Marquet was still in contact with a clientele who thanked him for maintaining strict etiquette and willingness to submit to it. Men without a tie and women without pants were not allowed to enter the dining room until the 1970s. But such a rejection in the realm of Marquets was already considered a failure of his system. Under his direction, personages you did not want to see in the hotel were called ‘NRT’, ‘Not Ritz Type’… Let’s take a close look at the cruel reality: In the dining room of the Ritz… not only men with bare necks are sitting today, but also in shorts. Yes, short pants. I’ve been trying to understand what drives people to put themselves in the rut and pay a high bill if the image they want to see is so little worth it that they destroy it without hesitation through their own performance.