What Will Happen to Nomad Capitalists if Trump Wins

The upcoming election in the United States has a lot of people on edge. Many are wondering what will happen next. Among the high-net-worth investors and entrepreneurs that we work with at Nomad Capitalist, many are preparing a Plan B.

We’ve been busier than ever in our history helping people get second passports, second residences, and setting up contingency plans in case the wrong thing happens.

In this article, I’m going to discuss what to expect if Trump wins the 2020 US election, whether or not you should be concerned, and what won’t change no matter who wins.

SHOULD YOU BE WORRIED ABOUT THE ELECTION?

Here’s my concern: too many people hang all their hopes and fears on one person or election.

This phenomenon occurs in almost any country in the world – not just the United States. In the past, I have seen people’s reactions to these events via spikes in our web traffic. When UK citizens voted to pass Brexit, as well as the day Trump was elected in 2016, our traffic increased by over 100,000 views in 24 hours.

And what did everyone want to know?

What is the fastest second passport to get?

Unfortunately, the time to get a second passport (or your first) is well before events like that happen. But should you really be that concerned about one person taking office in a single country?

Generally, I would not be as concerned about an election result as I would be about the general trend of society and government in your home country.

Whether Trump wins or Biden does, you’re not entirely out of the woods. The people who have been calling us for help tend to be hoping that Trump wins. They live in the United States and would like to keep living there, but they can see what is happening in the US and the West in general as people call for higher taxes and want to punish the wealthy.

There have been riots and violence. People are scared on all sides.

I am not going to pick a side. I made a decision when I left the United States that I would not get involved in US politics. So, while I’ll discuss how these politics can affect Nomad Capitalists, I’m not here on Trump’s side or Biden’s.

I’m here to help you look at the facts.

Whether you think the world will fall apart if one person wins or that everything will be perfect if the other candidate gets the vote, to me, that’s a recipe for disaster. Why give all the power over your happiness, wellbeing, and success to one individual.

Here at Nomad Capitalist, we talk about taking charge of your life and going where you are treated best. Much of that centers around having options – a backup plan and insurance policy on your citizenship, tax rate, business, and assets.

None of that is dependent on whether or not your guy gets elected.

WHAT WON’T CHANGE IF TRUMP WINS

Now that I’ve made that clear, let’s go through a few things that will still be the case if Trump wins.

Number one, the federal tax rate is still going to be 37% at the top. They did a whole big tax reform to lower the top rate on high earners from 39.6 to 37%.

I understand that there are certain incentives and deductions, but if you look at headline tax rates, 37% is the federal rate.

That’s a far cry from the 10% rate you could be paying in many respectable European countries, let alone all the zero tax countries and other legal strategies you could be using overseas to potentially reduce your taxes to zero.

Your state tax rate depends on where you live. I’ve heard from a lot of folks from New York, California, Washington, Maryland, and Massachusetts and their rates are still pretty high.

You could choose to move to a state like Texas or Florida to eliminate your state taxes, but if you can move from Massachusetts to Texas, you might as well move to an entirely different country and lower your federal tax rate and cost of living while you’re at it.

But if you already live in a high tax state, you are going to keep paying those high tax rates. Under Trump, you will also have state and local taxes that are harder to deduct.

If you live in New York and you’re paying $40,000 in property taxes on Long Island, that’s not going to change. And it’s going to be harder to deduct.

If Trump wins, it’s still going to be difficult for you to go overseas as an American to make certain investments or open certain bank accounts. This will make it harder to diversify your wealth overseas.

If you do go overseas, you are still going to have to file forms like FBAR. If you have companies overseas, you will still need to report those on forms like 5471. Having a foreign trust to protect certain assets will still carry reporting paperwork.

If you choose to live overseas as an American, you’ll still have to pay taxes. In fact, with the “America First” mantra, it’s perhaps a little bit more involved to live overseas these days.

You could go to Puerto Rico to avoid that, but do you want to live in Puerto Rico?

INCREASING UNREST AND DIFFERENCE OF OPINIONS

Even if Trump wins, there is still going to be increasing unrest. I don’t want to get too deep into this one, but who knows what will happen?

I tend to think that no matter who wins, you’ll see some kind of craziness going on.

Those people are not going away.

STOP LIVING FROM CRISIS TO CRISIS

This idea that we’re just going from one crisis to the next is never a good way to manage your affairs or your life.

What I’ve loved about living around the world and seeing other cultures operate is that there are certain cultures out there that have seen adversity – they’ve already seen what’s coming to the Western world, if not worse – and they have decided that they’re going to protect themselves.

If nothing bad happens, they aren’t any worse off. Maybe it cost them a bit of money in lawyer fees or investments, but they are protected. They have a sense of safety.

Over the past few months, I’ve seen a handful of people who are freaking out that they might not have enough time if their guy doesn’t win.

Here’s my solution: just be ready all the time.

If Trump wins, great, perhaps you have a reprieve if that’s your view on things. But again, your tax rate isn’t going to zero. The United States doesn’t become Monaco. It doesn’t change the fact that the US is dropping every year in personal and economic freedom. The country won’t magically become the safest place on earth overnight.

All those issues are still going to be there. You’ll just be able to say your guy won.

People like to freak out and say things like, “If Joe Biden wins, it’s going to be the end of the world!”

If you believe that, you better prepare. If the end of the world is a possibility, what are you doing to get ready for that? If you are so worried, stop sitting around. Go get your second passport now.

If you are a high-net-worth person – if you’re the type of person they’re coming after with pitchforks – get to work. Just get it done. Then you’ll have it for the 2024 election and the 2028 election after that. 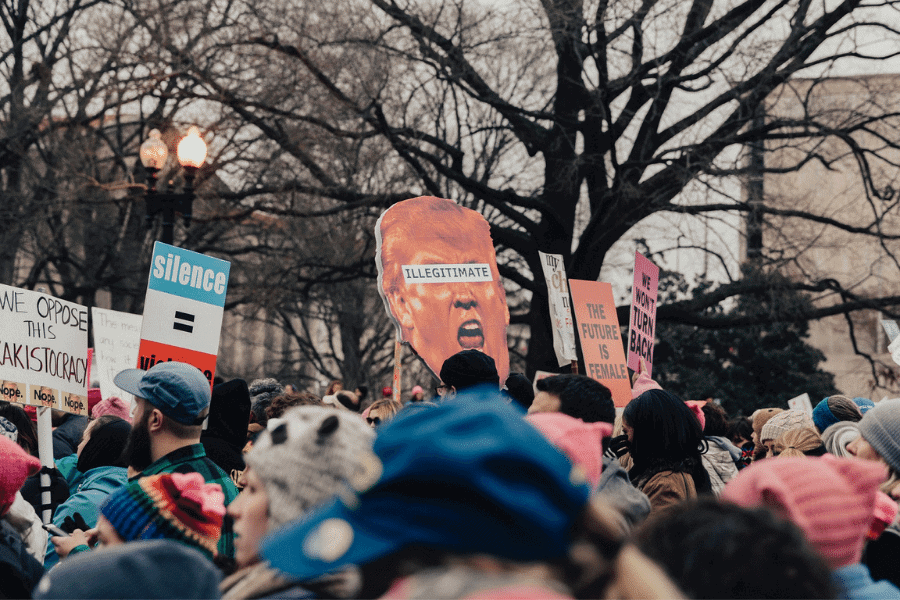 Even if Trump wins, you can still expect increasing societal division and continued antagonism toward the wealthy in the US.

Politics are becoming increasingly interesting around the world these days. Who knows who is going to implement what policies.

You can wait until after the election if you want to and watch Trump lose (if that’s the case) and then try to rush to get a second passport.

I can tell you from experience that people assume everything is going to be alright – it’s the nature of entrepreneurs – we think we’ll find a way around it, until something happens so quickly we can’t react.

I knew one guy who had this attitude and it cost him over half a million dollars. He kept thinking it would be okay until he only had until tomorrow, and then he couldn’t react in time. I had been talking to him about it for months and he kept putting it off until he didn’t have time to react.

I don’t want you to be caught up like that.

If you’re going to stay in whatever country it is that you live in – in this case, we’re talking about the US – and you feel uncomfortable with the direction your country is going, you could stay and try to make it work.

Just ask yourself: what is the worst-case scenario really going to be? Do you really believe that if your guy doesn’t get in that the government is going to start taking your assets, be that retirement or homes or whatever else they come up with?

Before you answer, do you really believe that, or is it just something you say because you like to complain?

Some people don’t want to leave. As much as they say they want to leave, they like staying and complaining. It wouldn’t be fun for them if they actually solved the problem. If this is your position – this is a great realization.

But if you do believe that your country is heading in the wrong direction, it doesn’t really matter who wins.

Back in the 1990s, my father told me to go where I was treated best because he realized that the United States and many other established countries would no longer be what they once were. There are ebbs and flows.

In the last 25 years, many people have looked at the situation in the United States and felt that it was heading in a better direction at times and in a worse direction in others. If the long term prognosis is negative, if more and more people are in favor of policies you don’t like and want to take your money, you want to be protected from that.

Don’t Depend on Whether Trump Wins

For my entire life and for every single election, I’ve heard that it was the most important election of my lifetime. They say that every election!

It’s a political hack the media uses to get ratings and to get you to continue to pay attention. Politicians say it to make sure you show up to vote.

I’ve realized that they’re all the same. No one election is more important than the other. This isn’t the most important election in your lifetime, it’s just another election.

If you think your country is on a path to a worsening environment, more taxes, more restrictions, and fewer freedoms, then you need a Plan B. It can’t be based around whether Trump wins or loses. It needs to be based on making sure you have a Plan B.

If you are ready to put together a holistic plan and get a second passport, you can start your application here.