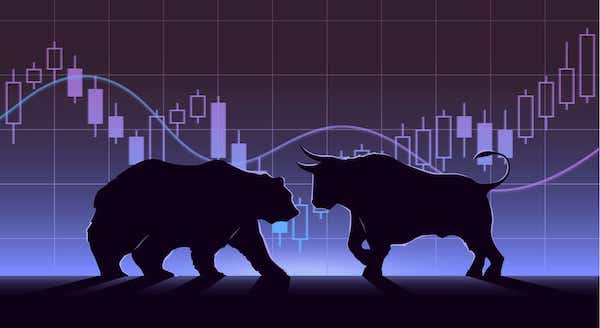 International Man: What is your approach to investing, and how does it differ from others?

It’s the old adage: You buy what’s cheap, and you sell what’s expensive.

The second thing is to look at what we’ve just discussed—the geopolitical environment and overlaying that.

Where those two of those things intersect is where we get comfortable allocating capital. That’s our approach.

We are now heavily invested in commodities in general—especially energy.

We’re probably a little bit early on energy, but if there’s one investment that I think will be spectacular over the next decade, it’s in energy.

It’s a value-investing approach overlaid with a global macro outlook. It takes a lot of geopolitical considerations into account. That’s what differs us from others.

I mean, there were three strategies that you could have used over the last 20 years.

One was buying growth stocks—growth over value; forget about value. Growth is all that mattered. It’s a consequence of the Fed, the ECB, and all central banks destroying the cost of capital, pushing people further down the risk curve.

How do you make up for that risk? You go into growth assets.

The way that works is, the more capital that goes into it, it triggers all of the black-box algorithms to say, “Well, if XYZ stock sector is above its 52-day moving average, then we allocate another one percent.” That pushes the train higher.

That has compounded, where today, within the S&P, the top five companies count for about 24% of the index.

That, by the way, is a higher percentage of the top companies within the index, than we had at the tech bubble in the 1990s.

At some point, you have a mean reversion.

So, just a small amount of capital from these passive funds starts re-allocating towards these other sectors, and there just isn’t the float available. It’s not there.

For example, we could look at gold.

Gold, at the moment, within the S&P, is about 0.19% of the index. That includes all the gold companies within it.

Imagine you’re an index manager or an index fund—which is just run by a bunch of algorithms—and you have to re-allocate. Your algorithm says, “If a particular sector has outperformed these other sectors within the S&P, we put an extra 5% or 15% into it.”

So, you get to the situation where they’re just re-allocating more and more capital, which pushes that particular portion of the index higher. Gold stocks, in this instance. The same is going to be true of energy.

That triggers other passive capital.

You start getting this sheep-like behavior driven by algorithms.

The extent to which indexation has pushed these other sectors in the last 20 years has the potential to go the other way. That’s quite extraordinary.

That’s what you should have done in the past—buy all these growth stocks, so on and so forth.

But I think that gig is over. Solvency’s going to matter at some point.

Buying these Ponzi scheme companies, like Tesla, which has never made a profit in its life, is extraordinarily dangerous.

Now, I’m not prepared to short them either. I don’t think shorting anything in this market is intelligent. We’re into what my buddy calls Project Zimbabwe. So, shorting in that situation is dangerous.

International Man: As a professional money manager and a contrarian, where do you see capital going?

Chris MacIntosh: As I mentioned before, you want to be buying things that are cheap, and selling those that are expensive.

All one needs to do is look at what is cheap relative to what is expensive. Now, that doesn’t mean that what is cheap can’t get cheaper. You’ve always got to be cognizant of the fact that you could be buying Kodak, thinking, “Well, this is bloody cheap.”

There are things which fundamentally change that market. We look at that.

If you look at the breadth of value versus growth, you can pull up value and growth ETFs and overlay them.

Now, can it get more extreme? Maybe.

All investing is a matter of probabilities and then; what is the payout on those probabilities? So, the probability now is so extraordinarily asymmetric.

The payout, as a consequence, is greater than it’s ever been before. So right now, we have this idea that inflation is never going to be seen again.

All of these are indicators at this point that we’re never going to see inflation again.

I think we’re going to have extraordinary shortages at the same time that we’re going through deglobalization.

Deglobalization means that supply chains collapse as they are.

All those goods and services that you and I have experienced and enjoyed—they won’t be cheap anymore, if available at all. That, quite simply, is inflationary.

As long as there is a demand for food and there is an insufficient supply, the only way you correct it is with a price signal.

I’m convinced that the incredibly destructive thing we’re going to see in the West is price controls.

They’re going to look to take over those industries, and that in itself will be destructive.

One of the things that we’re focused on within our funds is not just looking at particular sectors. That’s one thing, but it’s ensuring that we also are looking at the geopolitics of it.

For example, you don’t want to be the guy who looked at Venezuela and said, “You know what? We should be invested in this particular space here because they’re going to have an inflationary outcome,” only to do so and find that the government just nationalized the company that you invested in.

I think we’re going to see an extraordinary amount of nationalization.

So you want to be invested in the right sectors but also in companies that have their assets in countries that are likely to be more favorable towards a capitalist system.

We’re very focused on that.

International Man: How does the average person play their cards right in this uncertain and increasingly volatile world?

Chris MacIntosh: I think it’s always a little bit different for every person.

I hate to give people advice. I’d like to walk the walk, and then people can figure out whether that makes sense to them or not.

We’re not going to see much capital investment into any businesses.

Why would you invest in your own business if you fear that a government might change the legislation and take more of it?

Or that government will force you to hire a transgender, bipolar, disabled, black woman. These crazy things are actually in the cards.

So, you’re not going to put any capital investment in.

That’s going to lead capital to seek safety. When you’re looking for that safety, you’re going to look for tangible stuff.

It’s also the cheapest—on a relative basis—depending on the sector, for anywhere from the last 30 years to 70 years. At the same time, they’re causing extraordinary monetary inflation.

So, that’s where I think the average person needs to be looking at, in terms of capital allocation.

The next question is about physical location. Where is it that you want to be?

How do you protect the gains that you’re going to make?

As I said, we’re going into an exponential blow-off phase.

Governments are going to come after everything, in any shape or form.

I think that’s the path forward, and that’s the way that I’m playing it.

Chris just released an urgent new report that explains what is going on and precisely what he is doing with his money and that of his clients. Click here to download it now.