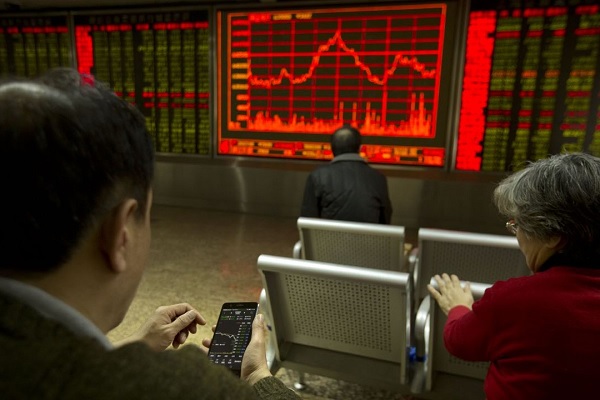 Legendary speculator Doug Casey has been in the commodities markets for over 40 years. It’s been the key to some of his most significant investment wins.

Gold and silver have broken out of a six-year trading range and seem to be going higher. We think this signals the start of a new bull market and the chance at life-changing profits, just as it has during numerous cycles in the past.

That’s why we’re bringing you a discussion we recently had with resource expert Marin Katusa.

Doug and Marin have known each other for more than 15 years. Doug says Marin stands out as perhaps the most competent and successful person he has met in his years in the resource markets.

Doug trusts Marin with most of his mining stock money, because he’s not only technically smart but street smart. Marin has built and run a major mining company himself.

With the markets moving fast, this conversation is genuinely urgent. You’ll find it below.

International Man: Pretty much everything is in a bubble right now. Stocks, bonds, real estate, and most other asset classes are near historical highs. About the only exception is commodities. How do you see the big picture?

Marin Katusa: In a Negative Interest Rate Policy (NIRP) world, the traditional rules have changed. Also, most governments will increase their “take” of the proceeds of existing and future producing assets.

So, out of the gate, you want to focus on big projects that make money at a 40% discount to current spot prices.

Gold is a great place to be in the current global macro environment, as I don’t see NIRP ending any time soon.

For gold projects, if the company you are looking at isn’t economical at $1,100 gold, forget about it. Also, I’m interested only in projects that produce or will produce over 100,000 ounces per year for 10 years. That’s my minimum threshold and what the gold majors are looking at investing in and buying out too.

I’ve traveled the world. I’m interested only in non–AK-47 nations—that is, countries where the rule of law is respected and that aren’t completely corrupt—i.e., countries where you don’t see AK-47s in the streets.

Two decades of being a major financier in the sector have taught me to never underestimate political risk. It’s everywhere, but assessing the proper risk is critical to respecting your capital.

Mining is a tough business, and it will only get tougher. The smartest and toughest will get going and make things work out—hence my focus on world-class projects run by the best management teams in the business, that have skin in the game at the same cost base as you are able to buy stock in the company.

Be especially careful with base metals.

I was one of the original founding directors of Canada’s third-largest copper producer, and I don’t see many new projects coming online that are economical below $3.00 per pound of copper. There is no doubt of a coming shortage of copper, especially with the green electrification occurring globally, but I think copper will remain weak for the next 12 months. So, you have time to pick up the best copper assets during market weakness.

Zinc will also be a tough place to be.

Uranium is another commodity that will be cheap for another 24 months. Royalties are the best way to play uranium in the current environment. It will be a big payday for those aligning themselves correctly in this uranium cycle.

International Man: How do commodity cycles work, and how are they essential for big profits? Where do you think we are in the current cycle?

Marin Katusa: Fundamentally, the short answer is supply and demand.

Let’s start with the energy sector.

I think we still have pain to experience in the energy sector, globally.

The reason the Saudis are IPO-ing Saudi Aramco isn’t because they want the rest of the world to share in the upside price appreciation of oil. Instead, they are looking to lock in some significant value so they can use other people’s money to diversify and fund non-oil projects, such as infrastructure.

Oil will have downward pressure over the next 6–12 months. That will provide an opportunity for value investors to position themselves in de-risked and producing assets at prices not seen in decades. It’s shaping up to be a true asymmetric and contrarian bet.

Natural gas is a commodity that will stay low for a few years. I have zero interest in natural gas.

Uranium will continue to stay low for two reasons.

First, the world’s largest uranium producer, Kazatomprom, will continue to produce at high levels, and the country’s weak currency will continue to give them the currency advantage to produce. Not to mention their big projects have been built by foreigners’ money—so the Kazakhs hold all the negotiation power.

Second, because of something I’ve termed as “Cut to Kill.” The Russians and Kazakhs will continue their Cut-to-Kill strategy to position themselves as the dominant source of uranium over the next 20 years.

Now regarding the metals, gold and gold producers should be in your portfolio. As you are aware, I manage Doug Casey’s money, and we’ve had an incredible run this year with our gold stocks.

Even in the bear market of the last few years, we’ve made a near 20-bagger among many doubles and triples.

Those asymmetric bets are how you multiply and add zeros to your net worth.

And I think we are in the very early stages of a gold bull market that will bode very well if you’re positioned in the right precious metals stocks.

International Man: What are the most important economic and political trends affecting commodities?

Marin Katusa: China, by far. You have to pay attention to China. The trade wars will be ongoing. And China will continue to expand its sphere of influence.

The country will do everything in its power, including depreciating its currency and its version of QE, to keep its economy growing. If China has a hard landing, meaning a major recession in China, base metals will feel the pain and gold will do incredibly well.

International Man: Tensions between the US and China seem to continually escalate. Europe is teetering on a social, political, and financial crisis. Emerging markets like Argentina and Turkey are flirting with currency disasters. A regional war could break out at any moment in the Middle East. The list goes on. The world seems to be falling apart, and we are entering uncharted territory. What are your thoughts?

Marin Katusa: I wrote a lot about all the above in my 2014 New York Times bestseller, The Colder War. This will only get worse as the global economy gets worse.

You will want to take steps to prepare your portfolio to capitalize on asset appreciation (be it gold, gold stocks, or something else) and to be liquid enough in cash (like US dollars) to make once-in-a-generation investments.

As Doug says, a crisis equals danger plus opportunity.

International Man: It’s clear China is securing access to commodities around the world in strategic areas. How does this play in with the rivalry with the US and who has the upper hand? What does this competition mean for commodities?

Marin Katusa: China has the advantage in AK-47 nations. So, don’t invest in a company that has to compete with China on a national resource level.

Stick to projects that are run by a solid management team where there is respect for title and rule of law.

Everywhere is bad for resources; just stick to the least-bad places.

International Man: What do you think the next recession will look like? What are you doing to prepare?

Marin Katusa: People hate when I say this, but US dollars will be something you will want during the next recession. It’s the most hated currency in the world, but it’s my personal favorite.

The next recession will be an incredible demonstration of when the velocity of capital ceases. That means those with US dollars will be able to get once-in-a-lifetime discounts on world-class assets.

Lots of US dollars and gold is how I have positioned myself and my funds. And I think we will continue to see a simultaneous rise in the value of both of them.

International Man: Central banks in general, but the Chinese and Russians in particular, seem to be buying as much gold as they can get their hands on. What does this indicate? What do you think this means for gold and the resources more generally?

Marin Katusa: Gold is money and will continue to be viewed more as money as the rest of the world rediscovers its store-of-value feature.

Silver will also pick up some of the slack, but gold is where you want to be.

International Man: At the same time, central banks around the world all seem to be racing to debase their currencies through money printing and negative interest rates. What are the implications for the resource market?

Marin Katusa: Believe it or not, NIRP will result in a deflation for most commodities.

NIRP is happening because the global economy is not doing well. And NIRP will last a lot longer than most expect. This is a huge paradigm shift that most economists can’t comprehend, because it wasn’t in their textbooks. The street knows it’s sticking around for a while.

The velocity of capital is slowing, and that also is deflationary. The bottom line is that these are great long-term signals for gold.

International Man: 2019 is turning out to be a breakout year for gold. What opportunities do you see in gold mining stocks?

Marin Katusa: This is what we have been waiting for. We’ve focused on investing in the best management teams with the best assets.

I think we have a lot of room for equity share prices to run. Historically, they’re trading at low levels versus the price of gold.

The big gold producers have seen the “passive” money flow in, but the mid-tier and juniors have not. They will eventually have the flow of passive capital flow into them, and when it does, it will be a mania like no other.

As Doug Casey says, it will be like Niagara Falls flowing through a garden hose—the share prices of the best-run companies will experience 5-to-10-times share-price appreciation from today’s levels… or more.

Editor’s Note: Doug Casey and Marin Katusa just released a crucial video. They reveal an urgent signal in the markets that has been key to some of their most significant profits.

A small amount of money put in certain mining stocks right now could give you life-changing rewards. Click here to watch it now.