What Is a Nominee Director or Shareholder?

If you’ve ever incorporated a business offshore, or even looked into incorporating offshore, chances are you’ve heard of nominee directors or nominee shareholders.

Using a nominee shareholder to help you open and run an offshore bank account or company is an approach that people throw around without always explaining the reasons why.

It’s a way for you to ostensibly maintain privacy while still getting the benefits of having an offshore company.

But having a nominee may not always be a great idea.

Both nominee directors and nominee shareholders function in basically the same way. The idea is that you appoint another person to take your place as the director, shareholder, or sole shareholder of a company.

There can be a little confusion on the subject that I want to clear up ahead of time. The people we’re talking about in this approach are not company secretaries or local business partners. They are a direct stand-in for the owner.

Historically, there have been many reasons to work through a nominee, including maintaining privacy. People would go to a lawyer in a tax haven country and appoint someone else as the nominee of the new company so that they weren’t as connected to the company.

Some of these lawyers would even allow people to simply put the lawyer’s name on the company and not change anything else.

The difficulty with this approach to offshoring a company is that some people use it as a way to evade taxes.

Since our approach at Nomad Capitalist is focused on 100% legality, we don’t often recommend this practice. We want to know that we’re never going to get that knock on the door.

There are, however, some cases in which working through a nominee can be a perfectly acceptable idea and can actually make the most sense.

It’s impossible to speak to everyone’s situation. Maybe you need a local director or shareholder for a company in Singapore. There are cases where a nominee could be an essential part of your offshore strategy.

That being said, if you incorporate your company in a place where you are able to be the director (sole shareholder, or one of several shareholders) as a foreigner, you don’t need a nominee.

It throws extra problems into the mix that won’t help you.

In this article, we’ll cover the structural and tax complications that come with taking the nominee approach to incorporating offshore and why it might be better to avoid it entirely.

The first problem that you’re probably going to run into is that working through a nominee creates an extra layer between you and the operation of the business.

I recently had a couple come to me who had opened an offshore company and a bank account in Cyprus. While setting it up, they decided to use their attorney in the country as their nominee for the account.

This worked out fine for a while, but when they wanted to make a bank transfer from that bank, they ran into some problems.

The bank employees didn’t know them. They only knew the attorney.

So now, whenever they want to make a transfer from that offshore account, they have to talk to the lawyer and get him to transfer the money for them.

On top of that, their attorney was the one building a relationship with the bank and doing everything to keep the bank happy, including keeping up on the annual paperwork.

It might not seem like a bad idea to have someone else handling all the paperwork, but if anything happened to that attorney there would be a huge problem. If he was hit by a bus, the bank wouldn’t know who to work with. If he decided to jack up his rates or stop working with them altogether, they’d be stuck in a terrible situation. 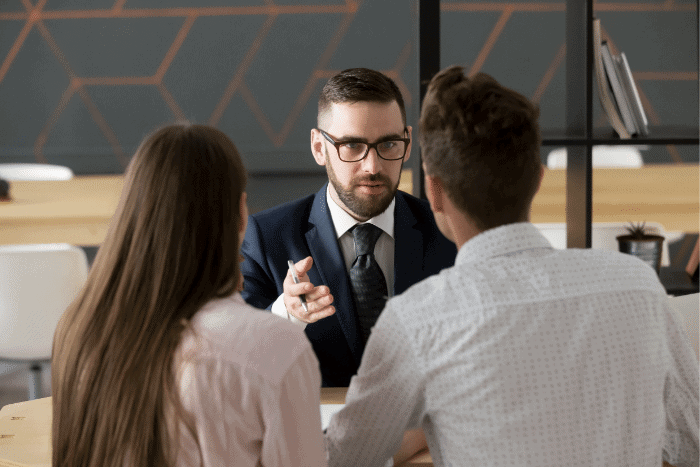 One couple we helped had named their attorney the nominee director of their offshore bank account, creating an operational nightmare.

In an even worse scenario, the attorney could have just taken their money and left them stranded. This doesn’t happen very often, but it was a potential problem for this couple.

If that wasn’t enough of a problem, working through a nominee creates an extra hurdle when you start working with different banks.

There are some banks that find the idea of working with a nominee very unappealing. Because of increasing reporting standards, many banks don’t want anything to do with a business that looks even vaguely suspicious.

A nominee might make your business look like too much of a risk for them to take on. At the end of the day, it’s just an unnecessary extra layer of service that will create more problems than solutions.

Forgetting the risk of dealing with awful people, the operational hassles of working with a nominee shareholder make this approach not worth it. It’s just a pain to have to get someone else to do all the work for you.

The second issue here is that, from a tax perspective, you’re really not accomplishing anything.

Occasionally, we deal with potential clients that have put themselves in a situation where someone else’s name is on their business.

For example, an American who is running a business with a foreign partner. To separate themselves from the business as much as they possibly can (as far as the IRS is concerned), the American has made sure everything associated with the business is in the partner’s name.

But, that really doesn’t stop them from getting a knock on their door from the taxman. The practice of hiding ownership is just as illegal as hiding money during tax season.

This might have been something easy to get away with in the past, but the world is becoming more and more transparent. Governments around the world are stepping up their efforts to find out who’s going offshore and why in the hopes of ferreting out illegal business practices and tax evasion.

Some people in this day and age might believe that they’ll be able to get away with it by making a nominee responsible for the income and then going back home, but banks and governments have already caught on to this idea.

When you open an offshore bank account for your company, the bank will want to know who the ultimate beneficial owner is going to be.

They’ve wised up to the fact that you can just stick another name on the account. If the bank finds out that the UBO of the account isn’t actually who they thought it was, you’ll end up in a very bad situation that will undermine your entire offshore strategy.

Tax evasion is a bad idea that will always hurt you more than it will help.

Filing Requirements for the UBO 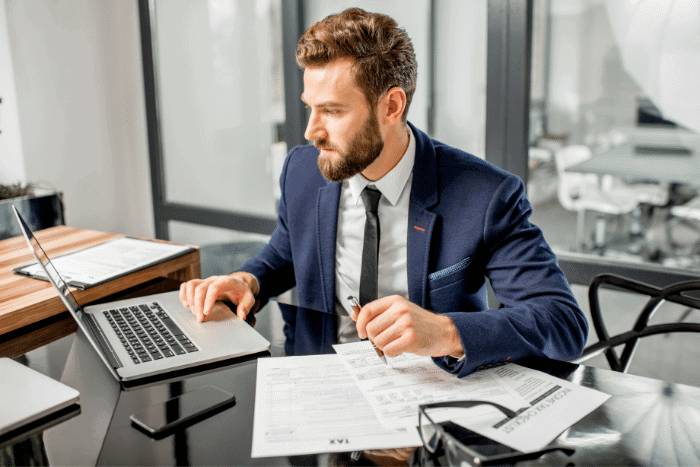 It doesn’t matter whose name is on the paper, if you are the ultimate beneficial owner, you need to report it.

Financially speaking, you need to report practically everything you do offshore.

One particular example is the Report of Foreign Bank and Financial Accounts (FBAR) for US citizens.

The FBAR is how US persons report their foreign bank accounts to the US government, but it isn’t just a tax form. While it is administered by the IRS, the FBAR is a report that is also filed with the Financial Crime Enforcement Network (FinCen).

Because FinCen’s main responsibility is preventing international money laundering, drug-trafficking, and the financing of terrorist organizations, misfiling the FBAR can have some serious penalties.

If you set it up, if you have have control, if you have signature authority over the account, if it is your money, you need to report it.

If you’re a US citizen with an offshore company, you also need to file Form 5471.

You might try to pull some cute trick and use a nominee to create a convoluted company structure, but US tax laws look beyond the structure of the company. They focus instead on the actual substance of your business.

They’ve covered all the bases. All of the old ideas and approaches from the 70’s and 80’s no longer exist. Claiming the money is someone else’s while you use a connected ATM to pay for groceries isn’t going to cut it.

No matter how smart you might think you are, both the taxman and the bank are going to find out the nominee shareholder you’re using is just a shell. It’s a great way to get yourself into a lot of trouble for incredibly little benefit.

There are perfectly legal ways to go offshore, own your own company under your name, and enjoy the offshore tax benefits of doing so.

We help plenty of people from all kinds of different situations to legally build an offshore strategy that encompasses their lives and businesses and enables them to pay zero taxes.

It might look like a cool idea to put someone else’s name on a company to get that extra privacy or to give the middle finger to the authorities. But, it just doesn’t work that well anymore.

What does work is figuring out how to legally set up offshore companies.

If you’re willing to put in the work that it takes to legally take your personal and financial life into the offshore world, you’re going to have a much better experience. You won’t have to worry about a knock on your door. You’ll be able to just own your own company.

The growing trend internationally is that there are fewer and fewer countries where you can still have your privacy and asset protection benefits. More countries are being pushed to open up their company registrars.

But there are still places where you can go and have your privacy to the extent that necessarily matters. There are other ways to protect yourself, your money, and your assets.

Going offshore is about finding the best legal methods you can use to protect yourself long-term. It isn’t about finding a short-term hack that will eventually get you in trouble.

There are situations where using a nominee could be a great idea, but they are few and far between.

Be very careful and work to understand exactly why a nominee shareholder or director would be beneficial in your situation.