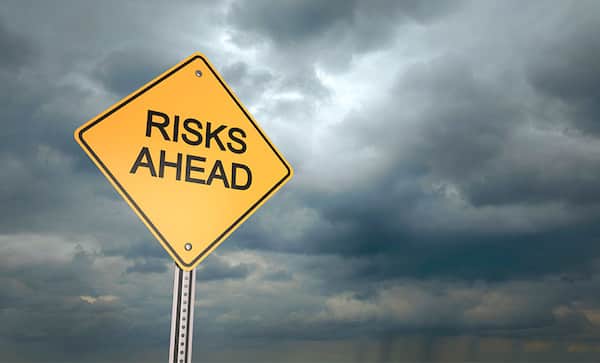 International Man: What types of risks — financial or otherwise — should people be aware of today?

Jeff Thomas: Well, much of the former free world, as we once knew it, is on the verge of collapse economically.

You have the U.S. after World War II suddenly taking over the world in production, and they were the future. A lot of countries got onboard: Europe, Canada, Australia, Japan. All those countries got on that particular train and did very well.

But the U.S. went from being the greatest nation in the world in terms of manufacturing to losing almost all of that and became the foremost debtor nation in the world. Now, the U.S. is in financially a worse place than possibly any country in the world. It’s just that whatever collapse is going to occur, it hasn’t happened yet.

So, that shoe hasn’t dropped, but when it does, it won’t only be the U.S. that goes down, it will be all the other countries that are on that particular train.

So, what that means is that if you want to come out of this well, then you try to diversify yourself into those countries that are not going to be as directly affected.

For example, if you wanted to leave the U.S., you wouldn’t go to Japan because it’s going to give you just as much trouble. You might choose to go to Thailand, or you might choose to go to Uruguay. There are a number of places that you could choose where you’re still going to have quite a good life and, going forward, possibly an even better life than exists in those places now.

Historically, this is always true. If you look at history over thousands of years, there’s always some country going down and another country coming up. It’s just a question of timing; when something is about to collapse, you want to get out.

In 1938, for instance, many people left Germany. It’s the same thing now. It’s hard to accept that this is about to happen to the great US of A since it’s been number one for so long, but it’s reached its sell-by date.

International Man: What is it exactly that you are looking at that might lead to a collapse?

Jeff Thomas: Well, there’s going to be a major debt collapse. It’s inescapable at this point. You get to a tipping point where, even if it hasn’t occurred yet, it’s too late to fix it.

When you get countries at the point where they’re borrowing so much money that they can’t even pay the interest any longer yet are moving headlong to borrow more and offering their people increased entitlements, the money isn’t going to be there. It simply doesn’t exist. In that regard, it’s really a question of simple arithmetic. Do the numbers add up, or do they not?

We see that in the US, where it’s rapidly moving in the direction of far greater entitlements and more Americans who are demanding much more in the way of entitlements. Somebody’s got to pay for this.

Historically, the same thing happens in every empire.

Every empire ends in the same fashion because human nature remains the same in any generation, in any era. The same mistakes end up being made by those in charge. So, you can look at what’s happened elsewhere.

For example, just in recent history, we can look at 2001 in Argentina and examine that. Or, you can visit Zimbabwe and research what happened there in 2008 and watch those that collapsed, how that unfolded. Or, we could take a trip right now to Venezuela and watch that in its collapsing stage.

I started warning about Venezuela, I think about eight years ago and, ever since then, in articles that I’ve done, since this is where they are now. They’re right in the middle of their collapse and nearing the end of it, at this point.

So, you can kind of watch the movie as it’s played out in other nations and say, “This is the pattern.” You can examine the pattern, and it’s almost always the same. So, you follow that, and you say, “Well, this is what potentially is going to be happening in the country that I live in.”

It’s not a question of trying to change the country because, historically, it doesn’t work. What you do, instead, is you step aside, you simply let it go past you by being in another jurisdiction.

International Man: You’ve written extensively about international diversification. What is the basic concept behind it?

Jeff Thomas: It’s a process of diversifying yourself amongst several jurisdictions so that no one jurisdiction can dictate to you.

It’s a known fact that countries tend to treat their guests a lot better than they treat their own citizens. Once they feel that they own you, they can be a lot rougher on you and make greater demands.

What you would ideally hope to do would be to have your citizenship in one country, probably have your residency in a second country or even more than one country, have your income in a third country, and even have your banking or wealth storage in a fourth country.

International Man: How difficult is it for someone to go about doing this?

Jeff Thomas: Well, it certainly does take some planning. But what it really takes is researching some places where you’d be happy being or where you feel that you’d be better treated and where the laws would treat you better.

For example, if you happen to be a U.S. citizen, which is one of the most difficult countries to be a citizen of right now—they tax their citizens worldwide, and other countries don’t do that—what you’d want to do is find the country that you could either be a citizen of or at least be a resident of or have investments in that has either little or no direct taxation.

Then you would have an opportunity to keep the money that you’ve made rather than simply turning it over to others.

International Man: What are some of the practical things that people should be looking to do to start this process?

Jeff Thomas: First, I tend to focus much more on what’s coming than what exists right now. Most people try to face whatever is facing them right now and saying, “Can I live with this?”

My approach is to be looking ahead 5 years, 10 years, 20 years, and for whatever reason, I’ve done that all my life. And so, based on what’s coming, I say to myself, “Can I live with that when it happens?” And if not, I want to get out of the way of it.

For example, the worst hasn’t happened in the U.S. by any means. Some people would be saying, “Well, if I see it get bad, then I’ll get out.”

But historically, what ends up happening is that you then start having capital controls. Your government places capital controls on you so that you can no longer move your money out. They will use a number of reasons why this is necessary, but they’re usually not true.

This time around, they’ll blame it on money laundering or terrorism so that you’re some sort of an evil person if you actually want to take your money out. That will be followed by migration controls where you are physically not allowed to leave. If you try to leave, you lose your passport.

A lot of these laws have already been written in the US over the last eight years. And there’s a whole pile of them that have been written but not yet implemented. So we know they’re coming. We know that they intend to implement these laws, but they’re not quite finished with what appears to be a boom time.

So, if somebody wanted to deal with this, the first thing that they’d do would be to liquidate all their assets in any country that’s at risk. They don’t want to leave anything there.

Anything that you keep behind is sacrificial, and that would include a bank account. Even if you continue to live in that country, you’d keep only three months’ worth of spending money in a bank account and then regard that as being sacrificial. It could conceivably be lost.

In the US, you have a confiscation law, as of 2010, which allows the banks to confiscate all the money that you have on deposit in a bank. Very few Americans know that, but there it is. It’s there in black and white; it’s in the American law that banks can do that.

Then, if possible, if you can afford it, you would establish a residency somewhere else and then prepare an exit so that if it got to the point where you say, “Whoops, this is really beginning to fall apart now; I can’t take it any longer; I’m going to make an exit,” you would be ready.

At that point, you may not even be able to sell your house; you may have to just turn the key in the door, wave goodbye, but at least… you have an exit plan. If you’ve done everything in advance, you’d just pack a carry-on, and out you’d go.

International Man: It sounds like the underlying message here is to start preparing for this sooner rather than later and to have your solutions in place before people start to panic and before there’s a rush to the door, which is often the case.

First, you may not be allowed to leave. But also, all those countries that are presently welcoming people from any given country may pull away the welcome mat.

And again —Nazi Germany, in 1938, there was a conference in 1938 — the Évian Conference — when the Jews attempted to begin to leave Germany, 32 governments got together and said, “There’s going to be millions of them, we can’t take them, but we don’t want to look like bad guys, so let’s all make an agreement that we won’t take them, then they’ll have nowhere to go, then they’ll just stay where they are.” And that’s exactly what happened.

So that will happen again. The welcome mat will be pulled in a lot of countries, so whatever legal residency you want to have somewhere else, you need to get it in place now while the welcome mat is still out.