Watch Out for the Shoeshine Boys 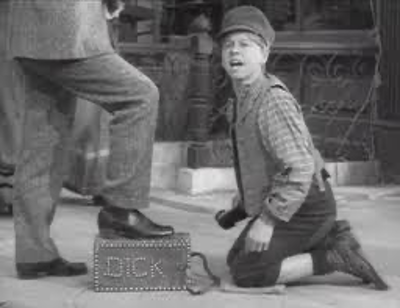 There’s an investment legend that, in 1929, Joseph Kennedy (father of the late US President), living in New York City, stopped on the street to get his shoes shined.

At that time, shoeshine boys were ubiquitous in the business district of New York.

The shoeshine boy offered Joe some stock tips. Joe decided that, when even shoeshine boys are offering stock tips, it’s time to get out of the market. He sold off his entire portfolio immediately, and the crash came soon after, leaving him with his wealth intact, at a time when so many others had lost theirs.

Is the story true?

Well, this is one of those instances in life in which it doesn’t really matter whether the incident actually happened. The lesson to be learned from it is true, either way.

In 1929, stocks were so frothy that countless brokers and investors believed that that the market was unstoppable — that the old laws of economics had been repealed and a new era was blossoming.

Today we see that same blind optimism. The only difference between 1929 and now is that technology and sales tools are more advanced, making unwise investments in the stock market far easier.

To those who are successful in investing, the traditional method for success is to pick a field that you know and have a talent for understanding, then study that field as much as possible. Find out who the principals are and study their track records over an extended period of time. Study the fundamentals of the investment and how well-funded the company is. Examine the market demand for its products or services and the political future of the countries that affect the company.

Then, even if it passes muster, think carefully as to how much of your money you’re willing to lose if you make a mistake.

And here’s the fun-killer: Avoid any investment for which you have not fulfilled the prerequisites in the previous paragraph.

That doesn’t mean that you can’t spend money on something that doesn’t pass your due diligence; it just means that you shouldn’t regard that expenditure as an “investment.” It may not be a true investment because you haven’t done your homework.

Any such expenditure should be regarded as gambling, not investing.

But this is difficult to remember in times such as the present one.

Never in our lifetimes have stocks headed north so quickly and persistently. Never have we seen mega stocks rise this way, such as the amazing FANGs (Facebook, Amazon, Netflix and Google) or some equally-impressive other examples, such as Alibaba, Apple and Tesla.

So, let’s have a quick look at one of these: Tesla.

On the plus side, Tesla is up nearly 800% over the last twelve months alone. Its market value is greater than the next five largest automakers combined. As many as 40,000 Robinhood users bought Tesla in just four hours in July. It has made its founder the seventh richest person in the world, recently passing Warren Buffet. How can you not buy Tesla? Don’t you also want to get rich quick?

But on the questionable side, it has a debt load of $13 billion. It loses $14,000 on every Model 3 it sells. It ploughs all its income back into expansion and has never paid a dividend. It doesn’t turn a profit and has been fined $20 million for market abuse.

So, what does the average purchaser of Tesla stock think of this seemingly impossible mix of factors when he studies the company?

Robinhood, a company that was only created seven years ago, has become a cornucopia for such purchasers.

A potential investor may simply go online, type in “TSLA,” receive some thumbnail details about the company plus its price today, and with one click, can purchase stock online. It’s as easy as buying an item on Amazon.

And, best of all, it’s commission-free.

It’s now possible to be like the big boys in the market — to pursue wealth through stock trading. Even better, it can be accomplished right on your phone whilst you drink your morning pumpkin spice latte. What’s not to like?

Well, unfortunately, in the present era, as in all previous eras, the laws of economics have not been repealed. They are the same as they always have been.

The world is presently overdue for a major one — very likely one for the record books.

And, as if on cue, the shoeshine boys are out in record numbers. They can be seen staring at their smartphones, pressing “Buy.”

Joe Kennedy may not have been the most admirable individual from his age, but his advice might be prophetic right now.

Editor’s Note: The coming economic and political crisis is going to be much worse, much longer, and very different than what we’ve seen in the past.

That’s exactly why New York Times best-selling author Doug Casey and his team just released an urgent new video Doug Casey’s Top 3 Secrets to Survive and Thrive During a Dollar Crisis. It explains what’s to come and exactly what you should do to protect yourself. Click here to watch it now.