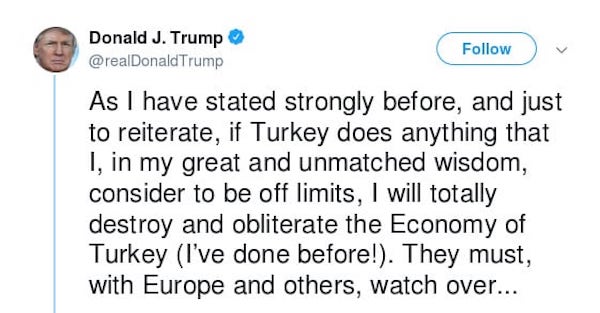 World diplomacy is, at present, on rather shaky ground.

Throughout history, whenever major economies are approaching a state of crisis, heads of state typically become chronically irritable.

If we step back a bit, we see that the present state of affairs was long in coming. After World War II, the US led a veritable extravaganza of productivity. Other nations got into the slipstream of this economic advance if they were able to do so and, by the mid- to late-1950s, Canada, Europe, the UK, Japan and others were hanging tightly onto the coattails of the US boom in order to advance their own economies.

But in 1971, the US, finding that their trading partners were solidifying their positions and beginning to demand payment in gold for their exports to the US, decided to take the US dollar off the gold standard, making the dollar a fiat currency.

Unfortunately, once a country’s currency has no basis for real value, there’s nothing stopping that country from firing up the printing presses and creating more of the stuff… then more… then more again.

And those countries that rode the coattails of the US through the years of prosperity remained on the bandwagon, except that now, they had committed themselves, like the US, to unpayable levels of debt – a trajectory that would take them irretrievably downhill.

It’s been a wild ride, but it’s nearing its end, as the US and its trading partners are soon to hit bottom all at roughly the same time.

But added to this is a host of other countries that were previously considered “second world” – unimportant other entities that weren’t part of the post-1945 prosperity.

As anyone who spends time in these countries can attest, their leaders and indeed their peoples are highly conscious of the fact that the first world countries are heading for a crisis. They see this less from the point of view of comeuppance than the point of view that they themselves have the opportunity to become the main event in years to come.

And indeed, everywhere in the second world, if we choose to spend time there, we witness entire countries preparing themselves for the next age of prosperity – their age.

Meantime, back in the first world, the political sphere has become a pressure cooker and leaders are losing patience with one another, but attempting to “keep the peace.”

This same mood was in existence in early twentieth-century Europe. Everyone was fed up with everyone else. Alliances were formed only to fray, with new alliances taking their places.

Then, on 28 June 1914, in Sarajevo, a Bosnian teenager walked out of a café and shot the visiting Franz Ferdinand, Archduke of Austria, as he sat in a car.

That was all that was necessary to light the fuse to set off World War I. Within a month, those on the Austrian side issued the July Ultimatum – a series of ten demands that were made intentionally unacceptable, in an effort to provoke a war.

Those on the other side mobilised for a fight and World War I was on.

Little wonder then, that the first rule of diplomacy is to never shame your opponent into a corner, where his only option is to come out swinging. It will end badly.

And so, today, in spite of world tensions, most all countries are attempting to keep the pressure cooker from building up too much steam.

But into this mix we have one Donald Trump. To say that he’s rather inept at diplomacy would be to give him far too much credit. Whilst sixteen years ago, George Bush made the people of the US fearful of “weapons of mass destruction,” Mister Trump has introduced “tweets of mass destruction.”

A veritable textbook narcissist, he wakes up each morning, eager to send out tweets that describe himself and his country as being above all others and, when he does not receive obeisance in return, increases the vitriol through further tweets.

By afternoon, it would appear that the retinue of Deep State operatives who have been assigned to his Cabinet have once again upbraided him for overstepping his bounds, and he often makes a statement to the press that either soft-soaps his morning’s tweets, or (incredibly) backs entirely away from his morning’s position, taking an entirely new and sometimes opposite position.

But unfortunately, as his behaviour is not based upon isolated indiscretion, but pathology, the pattern repeats on an almost daily basis. And it should be said that this behaviour has not been limited to his tweets, but has been reflected in his speeches and his meetings with the press.

Further, we should remind ourselves that Mister Trump’s comments are not what might be called, “suggestive.” They are, in fact, quite direct and highly inflammatory. To wit:

In September 2017, Mr. Trump stated, “We will have no choice but to totally destroy North Korea.”

In October 2019, he stated, “I will totally obliterate the economy of Turkey.”

In January 2020, he stated, “We will charge them [Iraq] sanctions like they’ve never seen before ever. It’ll make Iranian sanctions look somewhat tame.”

Of course, these comments are not isolated, nor are they directed only at the three countries above. All those who fail to recognize that Mister Trump wears the king’s crown are subject to his attacks.

And so the world finds itself in 1914. Much like the construction of a bomb, all the components have been brought together. They’ve been assembled and the tension has been building to the point that warfare is being threatened, with each side demanding that the other comply.

All that’s needed is for one political leader or another to decide that his vanity has been insulted beyond his level of tolerance. Or for a legacy-seeking general to decide that he’s been sufficiently provoked to press the button, ensuring his place in history.

Or indeed, for a teenager in a café to stumble upon a random opportunity to pull the trigger of a gun.

With all wars (including world wars), a lead-up is necessary before the war itself is fomented. This takes months and sometimes even years to build up. But once the pressure has reached the point that the vanity of leaders, both military and political, cannot permit them to reverse without appearing to be weak, all that’s necessary to begin the war is a small event.

We are on the cusp of the most dramatic period of change that we will see in our lifetimes. This will be a period of the greatest relocation of geo-economic power history has yet witnessed, but before that transformation can be completed, the declining powers will attempt to retain their economic power through warfare.

As that is the case, we should be very surprised indeed if all the declining powers and advancing powers are not involved in some way before the conflict is over.