For years, I’ve been saying college is, for many people, a waste. Conveniently, I too dropped out of school and never looked back.

I grew up around the radio industry. When I was 19 years old, I decided to go ahead and start my very first business in radio.

While I wasn’t the on-air talent myself, I followed that side of the radio business because it was an essential part of the company I was running.

I once listened to a clip from The Howard Stern Show where he talked about his progression from starting off on small-time radio to becoming a hundred-million-dollar-a-year man in radio.

He told a particular story that stood out to me and is especially relevant to young entrepreneurs. He said that, back in the 1970s, every time he or someone he knew was looking for a job, they would look up the job ads and there would always be ads for DJs wanted.

Every month, they were hiring.

What’s the lesson? Basically, if you could show up sober and if you had a pulse, you could have a DJ job in Alaska. You could build your career from there. And if you had the talent of a person like Howard Stern, you could use it as a springboard.

Even if no one else would hire you, you could go and build your demo reel there.

That speaks to me about the opportunities that a lot of young entrepreneurs have now in a world where Nomad Capitalists can and are thriving.

In this article, I will share my insights as a serial entrepreneur who has now spent well over a decade living and doing business overseas in the hopes of opening the eyes of young entrepreneurs to the literal world of possibilities available and waiting for them.

COLLEGE ISN’T THE ONLY OPTION

The movement to skip college is gaining steam in the West.

A recent Wall Street Journal article discussed the pitfalls of a business degree, even from the best of schools. It outlined how a two-year program at Harvard could cost close to $175,000 once you add in living expenses. Then it asked the question: what could a savvy businessperson-in-training do with that kind of cash?

The reality is, prospects for business school graduates aren’t good. Sure, Harvard graduates are getting jobs for the most part, albeit at lower price tags than you might think, but graduates from lesser schools aren’t doing as well. Even well-recognized schools like NYU and USC are seeing close to one-quarter of recent grads unemployed three months after graduating.

While the author of the Wall Street Journal article suggested skipping grad school and packing your bags for the hub of whatever business you want to be in (San Francisco for tech, Los Angeles for entertainment, etc.), I’d suggest taking advantage of the warmer business climate outside of the US.

Yes, the six-figure tuition you saved will go a long way toward starting your own tech company in California, but it will go even further in Chile or Eastern Europe.

While determined entrepreneurs will be successful in any climate, the economic outlook for the West isn’t good, and more regulation and higher taxation can only bring one down. The grass can really be greener on the other side of the fence. For adventure-seeking and open-minded young entrepreneurs, programs overseas could stretch their resources even further while providing for greater upside.

For US and many European students, Panama offers immediate permanent residency with a $5,000 bank deposit and an “economic tie” like ownership of a corporation. There is a growing entrepreneurial spirit there and business is more accepted than in the US.

For those who don’t want to start their own business, Panama’s growing economy has placed a greater and greater demand on English-speaking foreigners for management positions, and a fancy degree or business school may not be needed.

In Chile, the government is so intent on building an entrepreneurial climate that they give away $40,000 grants to qualifying new businesses. The Start-up Chile program has a built-in networking component where you spend time mingling with the other entrepreneurs.

While I would argue that the best aspect of business school, especially at top-tier schools, is the networking, why shell out tons of cash when Chile’s program will pay you to do it?

For those who prefer Europe, Ireland provides a program for those who have or can raise, around US$100,000 to start a business. While economic conditions aren’t any better there, real estate is available at fire-sale prices in parts of the country and it’s a beautiful and familiar-looking place.

Further east, a laundry list of rising nations from Latvia to Bulgaria to Georgia want business talent to help them grow.

Estonia, for example, lets you keep business income in the company without forcing a taxable distribution. The benefits available overseas are as varied as your goals.

As youth unemployment levels are at their highest levels in six decades in the West, my steadfastness against pouring endless valuable resources into higher education remains.

For the young management candidate or startup guru, the options outside of the US are vast and will allow you even more reasons to save your tuition money and use that cash elsewhere.

OPPORTUNITIES IN THE LEAST EXPECTED PLACES

So many young entrepreneurs are looking for the next big business idea in the United States or Australia or wherever they live. No doubt, there is no shortage of business ideas anywhere in the world. People are constantly inventing and innovating new things.

I spent a lot of time in Southeast Asia, not living in Bangkok or in Kuala Lumpur, but going to the markets that no one is talking about to see where the real opportunities are. What I discovered and still believe to this day is that if young entrepreneurs are willing to take the equivalent of the radio job in Nome, Alaska, they can springboard into something very successful.

I’ve told the story before of a gentleman who opened a tiny ice-cream parlor in Cambodia. Because there were really no other great ice cream parlors or even any to speak of at that time, he was able to build his business into a tremendous chain that still exists to this day with millions and millions of dollars. It’s a dominating market force.

Also in Cambodia, there’s a local coffee chain called Brown Coffee. For the longest time, people thought Starbucks would never come and compete with Brown Coffee. The chain is so well established. People love it so much.

Starbucks did come eventually. Others, like Costa Coffee, eventually came too. But Brown Coffee has continued to dominate the Cambodian market because they had the first-mover advantage at the time when no one wanted to invest in opening western-style cafes in Cambodia. 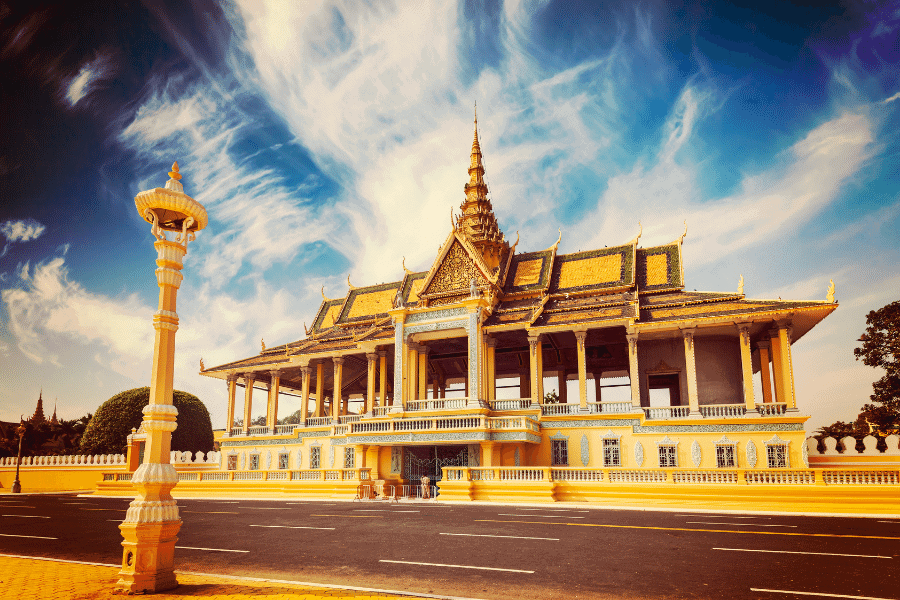 Young entrepreneurs can experience more success doing business in a place like Cambodia than going to college or heading to Silicon Valley.

The point is, there are so many opportunities around the world that are so simple.

I’ve talked about the idea of unsexy businesses. Some of my greatest hits as an investor have been things that aren’t that sexy.

When I go to places like China, some of the wealthiest people I’ve met got their greatest hit from something that was unsexy. I talk about a proverbial garbage hauling company. And you would never think that these people have tens of millions of dollars, but they do because they did something no one else wanted to open.

There are frontier markets all around the world where most people don’t want to move. They’re the Nome, Alaskas of the world.

Most people who are living in Los Angeles would shrug at the idea of moving to Namibia or Myanmar or Bolivia. But if you’re willing to do that, there are business opportunities that have long been developed and have long been highly competitive where you’re from that you can introduce in a new market where you have the advantage.

You need less capital than you would to start the business where you’re from. You can hire people more affordably. You can get stuff done where the government’s perhaps a bit more flexible.

If you follow those principles and ask yourself where you can go and do something that no one else is willing to do, your probability of success will skyrocket. If you know how to run a business, if you come in and take the right steps, you’ve got a lot better chance of opening up an ice cream parlor in Cambodia than you do the modeling agency in Los Angeles.

YOUNG ENTREPRENEURS, IS IT WORTH IT?

The reason many young entrepreneurs pass on these golden opportunities comes down to the simple fact that people don’t want to leave their friends, family, or their hometown. They don’t want to venture into the great unknown.

They don’t know if the risk is worth the reward.

And the truth is that I cannot tell you if it will be worth it for you. But I can tell you this: I just finished working with a guy who has a company worth $70 million and a multi-million dollar per year income. He has built it up steadily by doing business entirely in these kinds of markets over the years. He does very little business in the Western world because all of his opportunities are in frontier markets where you can go in and really be the only game in town in many cases.

So, if you want to skyrocket your probability for success, if you haven’t yet become the seven or eight-figure entrepreneur that we talk about and you want an opportunity to increase your probability, the Nome, Alaska idea is one of the best ways that you can give yourself that advantage.

If anything, you will gain a different perspective, see a different culture, learn how the world works, and realize that business is different overseas. While it is in many ways the same, it’s also different around the world.

If I had children, this is what I would tell them. In today’s era, as the education system is more and more removed from the realities of a growing and developing world, skipping college and heading straight to the markets that are ready and waiting for you is a great idea for young entrepreneurs who are just starting out.