For years, I’ve been warning investors about the perils of western countries, how they’re constantly increasing taxes on investments, expanding regulations, and damaging their markets until they no longer offer a good investment climate.

I stand by that because, over the years, we’ve seen western countries become increasingly hostile toward people with wealth and investors by establishing all kinds of new rules, taxes, and regulations.

It’s reaffirmed to me all the reasons why I don’t invest in the United States or most places in Western Europe. It’s a lot of hassle. There are a lot of rules. Some places even have restrictions on whether or not you can use your real estate as an Airbnb.

They can stop you from using your property the way you want to, stop you from evicting people who don’t pay, and now they’ve taken it to the next level.

In fact, these days, the Spanish government is stealing private property.

In this article, I will discuss a new development in Barcelona housing that will make you rethink investing there.

The city has warned landlords that if their vacant rental units aren’t filled with tenants, they will take their property.

Barcelona wrote to 14 companies who collectively own 194 empty apartments. If they haven’t found a tenant within the next month, the city is going to take over their properties at half of the properties’ market value.

These units would then be rented out by the city as public housing to lower-income tenants while the companies in question could face possible fines of between €90,000 and €900,000.

This plan builds on previous measures attempting to fill empty apartments since 2016. In the Catalonia region, which includes Barcelona, they’ve been allowed to take control of properties that have been left without tenants for more than two years.

The cities can then rent them out as affordable housing for a period between four and ten years and do whatever they want with it before returning them to the owners.

This is not eminent domain. This isn’t the government coming in because they’re building roads or schools or bridges and they need your land so they’ll pay you handsomely for it. This is the government taking a property for half of what it’s worth and giving it to someone else.

I’ve got a friend right now going through an eminent domain process. He’s negotiating and they’re going back and forth and he’s going to get a relatively decent value for his property, maybe even more than it’s worth.

This isn’t the case in Barcelona.

Why Is Barcelona Stealing Private Property?

Barcelona has been struggling with empty homes for some years now as Spain’s property market tended towards stagnation after the financial crisis of 2007-2008, which was part of what led to the beginning of the wave of the Golden Visa program.

Spain was one of the first that encouraged foreigners to buy real estate in exchange for a residence permit.

So, naturally, some companies that own multiple properties are allowing their units to sit empty while waiting for the market to revive.

With many units held after repositions by banks, including Spain’s national bank, there’s been a tendency for companies to neglect their portfolios thinking of them primarily as assets to be managed rather than as an essential public resource. This has led to higher rates of vacancies and neglected properties in some areas of the cities.

The politicians in Spain and in many other western countries, however, look at housing as a public resource.

The government has created a problem where some people don’t have homes. While I sympathize with those people, how is fixing it the responsibility of wealthy people?

The problem was caused by the government’s utter stupidity and poor management. Now, after creating the problem, the government wants to force people who are successful – because they’re easy to blame – to fix it, by taking their property.

The Slippery Slope of Property Theft

Imagine you’re living in one of those apartment buildings in one of the units and you’re paying your bill. Then, imagine the city moves in whoever they want next to you, whether they would otherwise be able to afford it or not.

The city is going to make you hand over your property. Then they’ll use it as they see fit and hand it back after it’s been scratched and scraped and ripped to shreds by people who don’t know what it’s like to have a property and don’t care because they’re not paying the full rate, they’re just being given the property to live in.

And they will only pay you half the value of your property.

If that’s not stealing private property, it’s certainly the first step onto a slippery slope. Eventually, they’ll say that they’re just going to confiscate it and punish you and not give you anything at all.

In theory, you could get zero for a particular property.

One person pointed out that this is just starting with larger institutional owners of property, as if taking things from really rich people is any better than taking them from just rich people.

This is just the beginning. These things never stop. If they can take properties from “evil banks” who don’t rent them out, next thing they can take them from large-scale landlords, and then from anybody else.

The reality is that the average person politically does not understand the difference between a guy who makes a couple hundred thousand dollars a year and someone who has a billion dollars in the bank. They just know that that person has more than they do, and it’s not fair because they have two houses or a property that’s sitting empty.

I’ve talked before about how I own properties around the world for my own personal use. I don’t rent them out when I’m not there. I don’t put them on Airbnb. They sit.

My family, friends, and people who work for me sometimes stay there and I encourage people to use my properties when I’m not staying there. They get some use, but they’re not always full.

There’s a reason I don’t own a home for myself in Barcelona. I like Barcelona, it’s a nice place to visit – and that’s how you should interact with these failing western countries that want to take your money: feel free to visit and then get the hell out before they take any more of your money.

Go buy some stuff, get a tax refund, and enjoy what is one of Europe’s most dangerous cities.

I have multiple clients who have had watches taken right off their wrist – fifty thousand dollar watches. Barcelona has become well known in Europe as one of the most crime-ridden cities.

What is the city doing about it? They’re not cracking down on thieves and they aren’t solving the problems they created. Instead, they’re taking your wealth.

More western countries are going to do the same. 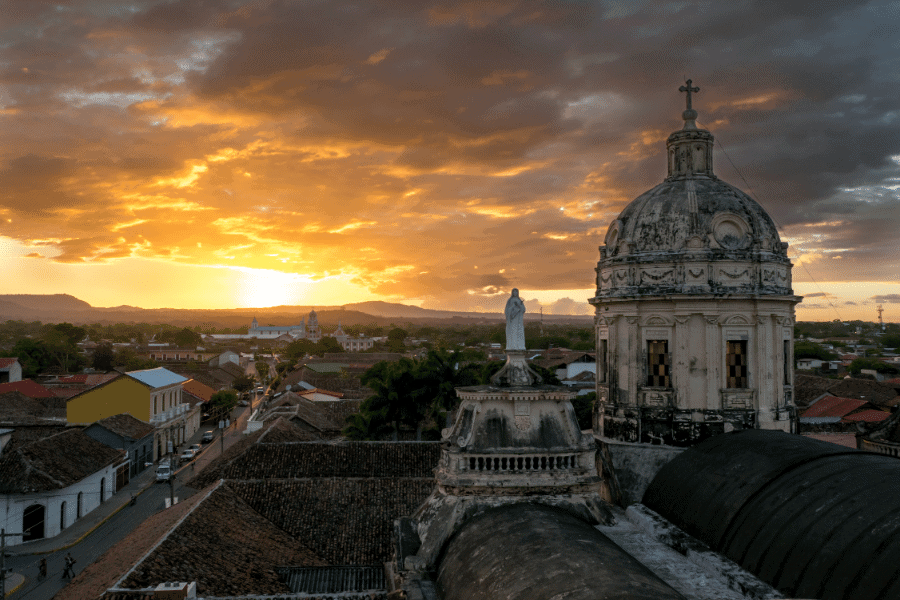 Nicaragua may not be a brand name like Spain, but at least it has learned that communism doesn’t work and won’t be stealing private property now or in the future.

I’ll invest in the places where people learned that they need investors. Countries like Nicaragua, Georgia, or Malaysia. Small countries.

You may not agree with everything that they do but at their core, they realize they need investors. They’re not a brand name like Spain or the United States that everyone just goes to and buys property there because it sounds cool while ignoring all the actual indicators that you can’t ever rent your property, you’re always going to lose in housing court, and the taxes are through the roof.

I’ve said before that I wouldn’t invest in Spain. Between the tax laws, regulations, and now the government stealing private property, there are many better options elsewhere in the world.

The city might be starting with apartments from 14 companies, but don’t be surprised if that expands in the future. The more power a government has, the more it is going to take.

Smaller countries with emerging markets, on the other hand, want you to come there. They have better deals because they want investors to bring their money to their country.

Spain’s has-been economy is one that you should be getting out of, not digging yourself further into.

If you are looking for the best places to get a second passport or set up a business, contact our team and see how we can help.