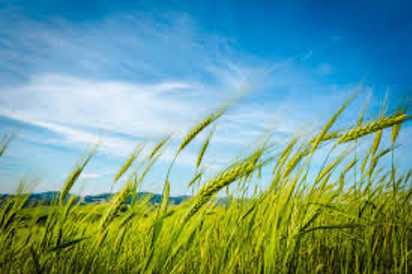 In 1946, Juan Perón was elected president of a prosperous country: Argentina.

He promised great social benefits to the common man, under justicialismo (social justice). This “justice” was never actually defined; it was more implied: If you’re a common man, the Perón government will favour you over the “rich.”

This he demonstrated through forced wage increases and other benefits. Railroads and utilities were nationalised (stolen from their owners by the government). In addition, extensive, but often unnecessary, public works projects were undertaken.

Work ethic and personal achievement took a back seat to being well-connected. Increasingly, success was the result of bribes to government leaders and officials.

The overall result of these actions was that the economy sank and the very businesses that were bled to provide the largesse given to the common man were no longer able to pay the ever-increasing cost of entitlements.

This led, not to an obvious reversal of the socially and economically destructive policies, but to an increased reliance on the military and a growing police state. Constitutional liberties were removed and any opposition was punished.

Although the “man of the people” campaign promises from Mister Perón had been welcomed in 1946, by 1955, it became apparent that they had led to inflation, increased poverty, corruption and political oppression.

Amid broad public discontent, Mister Perón was ousted from office. The subsequent government advised the electorate that, for the economy to recover, they must accept a loss of entitlements. Such was the payback to recover from the mistakes of socialism.

Perón went into exile, but amazingly, he was returned to office by the electorate in 1973 (and died in office the following year).

Since that time, Argentina has gone through cycles that have each begun with a new “saviour” candidate promising greater largesse from the government, winning the election, then instituting a revised Peronist model. In every case, it would end in inflation, increased poverty, corruption and political oppression two or three terms later.

Following the inevitable economic decline, a more conservative administration would be voted in. There would be a brief period of correction – fiscally sound governmental polices. Under such administrations, entitlements would be diminished and Argentina would begin to return to a sound economic footing.

But these periods of responsible governance would rarely last more than one term. Before the transition to full prosperity could be completed, the next election would result in a return to the Peronist model.

If the above description sounds repetitive, it is. The cycles have repeated for 73 years, with the odd interruption of military rule.

The result has been that Argentina, a once-highly productive country, has become a banana republic and has remained that way. There are significant periods of socialism, interrupted with brief corrections – attempts to refloat the economy – only to dive once more, headlong, into socialism.

And yet the Argentine people are, for the most part, educated and industrious. Why on earth does this conundrum continue after so many blatant failures?

The answer is human nature. Once a people have decided to cease to act responsibly, once they’ve decided to pass the decision-making to the government, they slide into a childlike existence in which they cease to bother to look any further into the future than their next governmental handout.

Once a people have become this shortsighted, they’re easily manipulated into forgetting the pain of past errors and are suckers for renewed empty promises.

It should be borne in mind that those who have watched Argentina closely over the years maintain hope that Argentines will one day “wake up” and recognize that the 73-year experiment has only brought repeated hardship; that they’ll return to an understanding that, in order to have a sound economy, they must accept that socialist concepts are invariably doomed to failure.

This hope was particularly high in 2015, when an accomplished businessman, Mauricio Macri, ran for office at the end of the disastrous reign of Cristina Fernández. He won the election – the first true conservative candidate to do so since the early 1940s.

There were many people who then said, “Finally – the electorate have seen the light.”

Sorry to say, although I wished that this might be true, on hearing the results of the election, I predicted that Mister Macri would be a one-term-only president. If Mister Macri were to usher in a new era of fiscal responsibility, he would need at least two terms of recovery to re-stabilise the country, then another two terms or more of prosperity for the lesson to sink in – to build up the prosperity.

There was no chance, in my view, that he could complete the task within four years. Consequently, he’d be voted out.

I term this conundrum the “wheat-field principle.” The same people who voted for redemption from a failed system will, in a subsequent election, reverse their vote.

So, how does this principle manifest itself?

Well, the pundits who predict elections tend to imagine that “the people” of a country have a change of heart and, accordingly, a change of leadership occurs. If not, the existing leadership remains.

This is never what actually occurs.

Instead, any country will always have a hardcore conservative group – mostly employers and other businesspeople – who almost invariably vote for the conservative candidate. It will also have the wage earners and the civil service, etc., who have a limited ability to increase their own income. They hope that a liberal leader will provide them with benefits that they cannot create for themselves through their limited abilities and ambitions. The latter group almost invariably vote for the liberal candidate.

In the middle are a percentage of the electorate – less than 25%, but often even less, who wave back and forth… like a wheat field. When a liberal candidate makes empty promises to make life better, they vote liberal. But when those promises prove to be empty and the economy craters, the wheat field, reluctantly, vote conservative.

The significance of this is that the wheat field have not ceased to want entitlements. In fact, they remain hopeful that entitlements can return. They’re uninterested in why socialism doesn’t work; they simply want to be told that things will be better this time.

It’s for this reason that, time after time, the Argentine wheat field that voted for a return to fiscal responsibility in one election, become the swing vote again in the next election, returning the country once again to socialism.

History shows that countries discard socialism only if it has brought the economy to the bottom and kept it there long enough for a fundamental change in thinking amongst an electorate. If not, the same wheat field that voted conservative in one election will blow the other way four years later – and that will be true in most any country.

Editor’s Note: Disturbing economic, political, and social trends are already in motion in the US and Europe and now accelerating at breathtaking speed. Most troubling of all, they cannot be stopped.

In all likelihood, the public will vote itself more and more “free stuff” until it causes an economic crisis.

That’s precisely why, New York Times best-selling author Doug Casey and his team just released a free guide that will show you exactly how to survive and thrive in the coming crisis. Click here to download the PDF now.