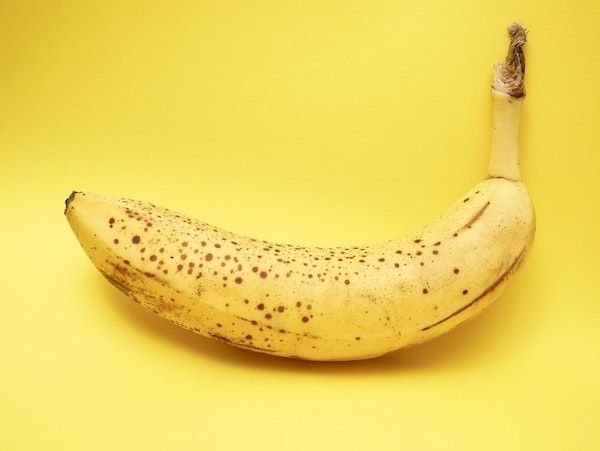 The United States emerged from World War II as the top banana. Having entered the war late, it not only was in the enviable position of expanding as a manufacturing nation to supply the allies with war materials, it also insisted on being paid in gold for whatever it shipped. (Pretty nice deal.)

At the end of the war, it only had to switch from building tanks and radio equipment to building cars and televisions for the peacetime population. The icing on the cake was that it had not been invaded, so, in 1945, it was poised to take off as the world’s foremost supplier of goods.

For several decades, the US reigned as the top banana, and indeed, that’s still true in many ways, except the peel of the banana is rapidly turning brown.

But whilst we’re making a comparison of the US to the yellow fruit, there are a few other parallels that come to mind.

The term “banana republic” was coined in 1904 to refer to those economically unstable countries that rely on just one product that they sell to the rest of the world, with no backup plan should that product fail. The banana republic remains functional only as a result of money and goods shipped to it in trade for the one product.

Sooner or later, something goes wrong with that product, and the republic crashes as a result.

At one time, the US supplied the world with its manufactured goods, but American manufacturing facilities have long since moved to countries where costs of operation are far lower than in the US.

Today, the foremost US export product, by far, is debt. US Treasuries are held by countries across the globe and the present debt is at a world record level. If even a portion of the Treasuries were to be redeemed, the US economy would quickly collapse. And yet, the debt is increasing by three billion dollars every day.

It’s important to remember that this is not a problem created by one political party or the other. Both parties are responsible for the rises in debt. This is therefore not a situation that can or will be corrected “if our candidate could just win the next election.”

And so, the US can therefore unquestionably be categorized, at this stage in its development, as a banana republic – one with no plan for a solution to its situation.

Another aspect that seems to always emerge in banana republics is the tendency to steadily diminish basic freedoms and the rule of law.

In recent decades, constitutionally guaranteed freedoms have been steadily removed in the US, but more rapidly in the last decade.

In addition, the government on both sides, but particularly on the left, has been destroying the rule of law. All branches of the government are playing high and loose with their authority. The legislature do all they can, regardless of whether it is lawful, to unseat the president. Most disappointing of all, the judicial branch has become an extension of the legislative branch, basing their decisions on political prejudices rather than on law.

This now takes place even with regard to the Supreme Court. The Court is seen by both political parties as an agency for enforcement of political beliefs, with each party locked in a struggle to gain dominance by having the majority of justices be loyal to one party or the other, not to the law.

Not surprisingly, since law and principle have been tossed aside in the post-constitutional era, the American people are left with no moral compass whatever. The best that they can hope for is that their chosen group will vanquish the other somehow.

And so, we see a constant game of one-upmanship amongst both the American people and the political parties – a continuous attempt to win as many of an endless series of “moral” battles, played out each evening on the news.

In such an environment, those who attempt to inject quiet reason are unable to be heard. Only those who “go bananas” get enough attention to possibly edge forward in the fray.

Slipping on a Banana Peel

And so we ask ourselves what the outcome of this charade is likely to be.

Well, if we see a banana peel before us, hopefully, we’d be looking where we’re going and sidestep it. However, what we’re seeing in America is a pathway filled with banana peels and an obsessive populace that shows every sign of placing more attention on individual agenda than where it’s walking.

To be sure, this conundrum is nothing new in the world. Over the millennia, such situations have played themselves out countless times.

The net result tends to be the same. There’s a dramatic socio-economic–political collapse, followed by a period in which both wealth and order have been lost.

Once they realise that there have been no real winners in the debacle, the populace shakes its collective head and wonders, “How did we let it get so crazy?”

Eventually, they begin to ask themselves what can be done to rebuild the system, but historically, this does not happen quickly.

In most such cases, a hardworking and successful generation have raised a spoiled generation, who want quick answers and immediate gratification. They in turn raise an apathetic generation, who don’t see any real light at the end of the tunnel.

Unfortunately, the US is in the latter stage. Such a generation of apathetic individuals is typically incapable of creating a recovery. In almost all cases, what’s necessary is that the following generation recognise that their parents have left them with virtually nothing and that, if they want more, they’ll have to work for it.

And so the cycle begins anew. But make no mistake; it’s not a quick process. It tends to take decades.

But as the declining nation slides into the doldrums, others come forward to take its place. As anyone who has raised bananas knows, when one tree begins to fruit, small banana “suckers” begin to come out of the ground. By the time the tree is in full fruit, the suckers are big enough to be firmly rooted.

Once the tree has fruited and collapsed under its own weight, the suckers feed off its moisture and minerals to grow.

The position of top banana is not perennial. It passes from one to another from time to time. But this is by no means the end of the world. The trick is to recognise the warning signs and, when we see them, to uproot and move on to a more favourable grove.

Editor’s Note: Unfortunately, most people have no idea what really happens when a government goes out of control, let alone how to prepare…