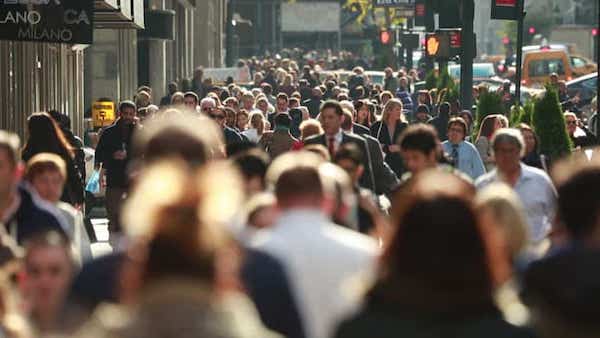 International Man: Amid the Covid-19 hysteria and global shutdown, the drawbacks of living in a big city have become more apparent.

Sure, cities can offer more career opportunities. Still, they are also more expensive, dirtier, have higher levels of crime, crowded, have fragile supply lines, and infrastructure that can get easily overwhelmed.

How do you view the value proposition of living in a big city today, given what is transpiring?

Jeff Thomas: Well, in my college years, I found cities to be very attractive. Lots of social opportunities, lots of shops, a greater variety of goods, etc. But, during that time, I was very fortunate to have experienced two city crises from which I learned valuable lessons.

The first was an oil crisis in the winter of 1973. It was bad enough that many people had to abandon their cars, some out on the highway, in the snow. Some people died from exposure.

But at that time, I seemed to be the only one who was wondering what would happen if it got just a bit worse. What if there were no fuel to heat houses? People in the country can find a way to survive, but in the city, you have no options. Many would die without heat. But first, they’d become desperate and desperate people are a threat to your well-being.

The second was a city riot. Until I was in the midst of one, I didn’t fully understand their real nature. A riot isn’t merely a crime spree; it’s random chaos, fueled by anger and desperation. They occur due to built-up tension that’s sparked off, often by a “last straw” event. Because they’re spontaneous, mini-riots tend to pop up all over the city like popcorn. And they’re uncontrollable. When the sirens are heard, rioters may disburse, but as soon as the police drive on to the next neighbourhood, the rioters start in again. Riots are similar to guerilla warfare, except that they have no organization whatsoever.  They are high on anger and low on reason and, as such, are very dangerous.

For someone living in a city who’s hoping to be left in peace, there’s no chance of that in a riot. Sooner or later, you have to go out, and when you do, you may become a casualty.

Those two occurrences provided me with the important lesson that, whilst cities are very attractive in good times, you want to be well out of them in a chaotic period.

International Man: What are some risks of living in a city during a prolonged crisis?

Jeff Thomas: One of the greatest attractions of a city is that, all around you, there are small businesses that do everything for you. It’s wonderfully convenient. As long as you can pay, you can have anything. The great advantage is that a host of others have control of everything you may need. And, in a crisis, it’s that very condition that becomes your greatest danger. You can’t remove yourself from the dependency on others and suddenly become self-reliant. You have very little control over your surroundings and the services you need.

In a crisis, the first locations to be hit with food shortages are cities,  and you find you have no alternate supply of food. And this is true of any city, no matter how nice it is in good times. The West End of London is a neighbourhood that I’m fond of, but if there’s a food shortage and some people are desperate, I’m not going to want to be walking home from Sainsbury’s with a loaf of bread under my arm.

And this holds true of all things in a city. You need the shops for your food. You may need a laundromat to wash your clothes. Your building has a central water supply, gas supply and electrical supply. Your ability for self-reliance is very low indeed.

In a crisis, none of the attractions of city life continue to have value. The city becomes a liability.

International Man: How important is it to have a pleasant place to go to in the countryside or a small town?

Jeff Thomas: It’s vital. Your life may depend upon it.

International Man: Do you think there will be a trend of people moving out of cities? What are the implications?

Jeff Thomas: Yes. We have literally thousands of years of history to look at when it comes to this question. Historically, a small number of people will see the writing on the wall and arrange to have a bolt-hole somewhere in a small town or in the country. But the great majority will wait until the last minute and, when it comes time to make a run for it, they may have no plan whatsoever.

So, we’ll see panic exits—large numbers of people attempting to leave as a result of some ‘last-straw’ event. It may be similar to the 1930s – the Okies loading up their Model A trucks with their possessions and driving to California. Only this time, it will be Montana, and other rural places where the existing residents are known to be self-reliant.

And there are numerous problems with this idea. First, there will need to be plenty of gas stations with ample fuel along the way, or you’ll never reach your destination. Second, there may well be marauders along the way. This, again, is historically the norm in such situations.

And, if you arrive at your destination, you’ll find that those who had settled these areas want no part of the city-dwellers, who are descending upon them in droves. Nor will they want to share the stores of food that they so carefully ferreted away in anticipation of a crisis. Just as the Okies discovered, the new arrivals will be quite unwelcome.

International Man: Do you perceive a different mindset amongst those who reside outside cities that makes them more desirable as neighbours in a crisis?

Jeff Thomas: Oh, definitely. It’s not so true in the suburbs, but those who choose to live in small towns and rural areas do, for the most part, tend to be more self-reliant than city-dwellers. And because, in those areas, neighbours are few and don’t change often, people get to know their neighbours personally, and they become mutually reliant. They form strong bonds, which may help them through harder times. People help each other in the knowledge that the help will come back to them at some later date. This, of course, is not so true in a city, where many people don’t even know the names of those in the apartment across the hall.

So, in a crisis, you want rural people around you. First, they’re unlikely to aggress against you, and second, they may even help you and share what they have with you, once they know you well. But it does mean that you’d have to start early and earn your place amongst them.

International Man: What do you look for in an ideal “bug out“ location?

I have homes in several countries so that, if one proves to have been a poor choice as a bolthole, I have other options.

In assessing each of those countries, I first wanted to know that the government had a history of political stability, not undergoing dramatic change from one leadership to another. I also value governments that impose themselves as little as possible onto the lives of residents. Any country that’s already in the habit of being overly-autocratic is only likely to get worse in a crisis.

As I described, having neighbours that are unlikely to become a liability to you is another essential. In considering each of my homes, I asked myself, “How do these people treat each other?” and “How would they behave in a crisis?”

And, finally, it’s advisable to choose locations that have an abundance of food and water. If there are already farms all around you, wonderful. However, if this doesn’t exist — that is, if most food is imported — you’d want to either establish a farm or, at the very least, stockpile food that could carry you for a while.

I don’t doubt that, over the next few years, we’ll be seeing a breakdown in the availability of food in some countries, and those locations would be the worst of choices. However, even in countries where food delivery is likely to be good, there may be interruptions from time to time, so a month’s backup food storage would be advisable, no matter where you plan to be.

International Man: Any final points that should be considered?

Jeff Thomas: Only that we’ve just begun a period that will evolve into what may be the crisis of our lifetimes. There’s no guarantee that one reader out there will be luckier than another and will fare better. In such times, the likelihood of very major unrest and shortages is high enough that it would be quite unwise to just “wait and see what happens,” or “hope for the best.”

Those who prepare are less likely to become casualties of the coming crisis. I wouldn’t want to be locked into a city residence once the fur begins to fly.

Editor’s Note: How will you protect yourself in the event of an economic crisis?