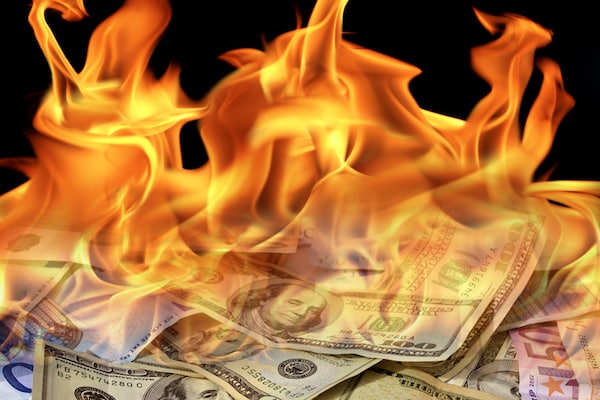 International Man: Australia has proposed a law that provides a $25,000 fine and two years in jail for those who make cash transactions of $10,000 or more. If passed, the Currency (Restrictions on the Use of Cash) Bill could be implemented in 2020.

Do you see this legislation as Orwellian?

Jeff Thomas: Oh, yes, very much so. The claim by the Australian government’s Black Economy Taskforce is that the law will help stamp out tax evasion, money laundering and other crimes.

What we’ll be seeing is a plethora of laws popping up in all the countries that were a part of the post-war prosperity boom – the US, Canada, Japan, Australia, Europe and others. All those jurisdictions dove headlong into the debt pit that the US created after 1971. All of them are now facing an economic crisis as a result.

Consequently, all of them will be creating capital controls. My belief is that each will host several of these laws, and the others will all adopt them. Each law will be justified as protection against money laundering, terrorism, tax evasion, a rising black market or a combination of those scare tactic focal points. As such, the populace of each country will welcome them, not understanding that the real purpose is to have the banks determine how much you’re allowed to spend.

By having each country put forth a portion of the laws, then having all the others copy them, they’ll hope to make the laws appear to be less draconian. After all, how bad could they be, if all these countries support them?

Many of these laws will be based on the assumption that cash will be eliminated and all transactions must be undertaken by the banks. Banks will also be authorised to examine what you’re spending the money on. At first the oversight would relate to large expenditures, but later, it would be smaller expenditures, that, together, make up larger amounts. The outcome would be that all outlays would be suspect and could be refused by the bank. Those depositors who had a history of transactions having been in question would find that all transactions would be monitored in future (as though they weren’t already).

International Man: How can people combat the laws that are coming?

Jeff Thomas: Anyone who lives in any of the countries that are most seriously at risk still has time, prior to the passage of the laws, to liquidate his holdings in those countries. Then he may move the proceeds to a jurisdiction that’s likely to be safer.

If you own a home, sell it now and rent it back from the new owners. That way, you get to remain in the house you like, but the value of your house would have been taken out of the country. That gives you a nest egg elsewhere, in addition to making it easier to walk away from the house after things begin unravelling.

In a crisis, your true net worth consists of the amount of wealth that you have already succeeded in expatriating. So, you liquidate all assets and get the proceeds safely out. If things don’t go so badly, the money can always be repatriated, but if things do go badly, you will have kept your family from becoming casualties.

International Man: Is a cashless society the only way for governments and central banks to continue to wield their power through debt-based paper currency?

Jeff Thomas: No, there’s a host of means which they can employ. In my belief, they’ll use the “shotgun” method – coming at people with a variety of approaches at the same time. That would make it more likely that when people seek loopholes in the system, those loopholes will already be closed and people resign themselves to their fate.

In normal times, they’d be likely to drag the process out in order to be less obvious, but they’re running out of time. The house of cards hasn’t collapsed, but it’s shaking and they’ll want to entrap your wealth as much as possible as quickly as possible.

International Man: The trend toward eliminating cash completely is accelerating. In a cashless society, every transaction can be tracked and centrally controlled.

Jeff Thomas: It means three things. First, it means that they can keep tabs on all your transactions. Your financial privacy is gone.

Second, it means that in future, transactions can be refused if they’re “questionable.” Maybe your trip to Panama has been deemed unjustified by the powers that be. Or your transfer to a bank in Singapore has been deemed “invalid.” In this way, they’ll be able to not only monitor your transactions, but limit your monetary freedom. Those who repeatedly operate outside of the accepted norm may well go onto watch lists, where they increasingly must seek permission to make transactions.

At first, this won’t be as simple as an “allowed/refused” programme. It will be more polite. You’ll receive a notice that says, “For policy reasons, we have been unable to complete this transaction. Please provide additional documentation as to the purpose of the transaction for our records.” They’ll bury you in requests for documentation. You’ll accept the idea that you must provide them with information, and very soon, you’ll become accustomed to pleading with your bank to use your own money as you see fit.

Third, because they have a record of all your transactions, your government can change the method of taxation from an annual voluntary tax payment to a direct debit. I believe that they would soon announce that they’ll be performing direct debits quarterly or even monthly “for your benefit.” Their claim will be that they’re relieving you of the hardship of the annual big hit and replacing it with a series of smaller ones.

You’ll then see a series of debits on your bank statements that are intentionally confusing. You won’t be able to figure out their method for determining the debit amounts, although it will, over time, become apparent that they’re taking more and more.

International Man: What happens once negative interest rates are incurred on deposits?

Jeff Thomas: Well, once you have no choice but to entrust all your transactions to your bank, negative interest rates will be implemented. After that, they’ll rise, again and again. My guess is that you’ll see rates on your bank statement such as 2.371% one month, followed by 2.592% the following month. It will seem very technical and you’ll come to think of it as being like the stock market, going up and down each month “as necessary.” But it will be a scam. It will quite simply be the theft of your money on deposit.

International Man: What should people be doing to combat this trend?

Jeff Thomas: Well, first off, I’d expect that this will begin in the US, EU, Canada, etc., and then spread outward. There are those jurisdictions like Switzerland, the Channel Islands, etc., that are more geared to providing favourable services to their clients than the large powers do. They’ll hold out at first, but once the majority of the world is on board with this scam, they’ll jump on board also. After all, it’s a license to skin you each month. What bank is going to pass that opportunity up? So, in the end, it will go global.

International Man: Do you see any hope for either derailing this system or opting out of it?

Jeff Thomas: As long as the current economic system remains as it is, no. The only escape is to either get out of cash, or move to a country that’s likely to continue to use cash. And the best that will do will be to buy you a bit more time.

Ultimately, this will succeed up until the day comes when there’s a collapse in the system itself.

Some people will try to escape through the use of cryptos. But if cryptos become the one and only loophole, we can be sure that they will be either taken over or outlawed. There’s zero chance that the powers that be will allow for this massive wealth grab to be thwarted by those who deal in cryptos.

I should mention that, at this point, I don’t have any particular vision in mind as to how this might be done, but the Achilles heel of cryptos is that they are exchanged for goods and services at some point. It will be at that point that a red flag is raised and the trader is exposed and prosecuted for “economic terrorism,” or whatever trumped-up term is created at the time.

Cryptos just may be the greatest economic invention of the twenty-first century, and that’s just why they can’t be allowed to go mainstream. All on their own, they can defeat the banks’ most profitable money-maker and that can’t be allowed to happen.

Editor’s Note: Governments around the world have put their money printing on overdrive.

That’s exactly why New York Times best-selling author Doug Casey just released an urgent new video Doug Casey’s Top 3 Secrets to Survive and Thrive During a Dollar Crisis. It explains what’s to come and exactly what you should do to protect yourself. Click here to watch it now.