The Odds of Getting a Good Leader 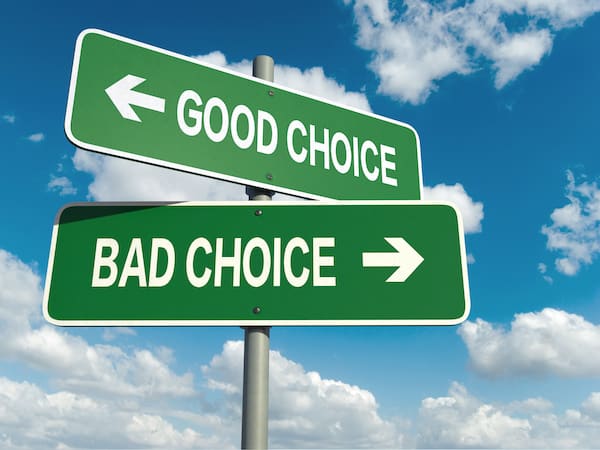 The larger the country, the less the likelihood of getting a leader who can be trusted with the job.

On the surface of it, this would seem to be an illogical claim. Surely the size of a country has no bearing upon whether its leadership is competent or trustworthy, and yet, it’s very much the case.

This is due to a combination of conditions that can be found in every country.

First, studies have long revealed that, in any population, roughly 4%, or one in 25 people, will display significant sociopathic traits. These traits are as follows:

Picture a leading politician in your own country, of any party. Whether you supported this individual in the last election or opposed him, he is very likely to possess these traits.

But why should that be? Why should it be likely that sociopaths would rise to the top in politics?

Well, the answer is quite simple. First, those with this pathology are likely to be drawn to a job that allows for self-aggrandisement and minimal consequence for actions taken, plus considerable rewards, both in income and power. Second, a sociopath will have fewer scruples than others, so he’ll be prepared to do whatever it takes to gain office, whilst others are more likely to have limitations as to how far they’ll go to succeed.

That suggests that the 4% will not only be more attracted to a career in politics, they will be more likely to be successful. And of course we know this to be true, as we so commonly note the above traits when describing most any specific politician.

But why, then, is this more likely to occur in a larger country than a small one?

Well let’s take two examples. The country that’s my primary residence is small, with a population of only 65,000. However, those who can legally run for office are those born within the country, or 20,000 people.

At 4% of the population, this translates to 800 potentially bad actors out there who, if they ran for public office, would be destructive leaders. If one in 100 actually pursued politics, that means that, at any given time, the country might have eight pathological types rising to the top. And based upon my knowledge of them as individuals, I’d say that that’s about what we have at any given time.

As that number represents less than half our legislature, they’re unquestionably a nuisance and on many occasions need to be curtailed. However, at that number, even the worst can be dealt with.

However, if we look at the US as an example of a larger country, we have a possible 327,000,000 possible contenders. Given the same math, 13,000,000 of them might rise to the top. That’s a lot for a country with only about 650 top positions (Congress, plus the president and cabinet).

And remember, the most pathological are the ones that are likely to work the hardest to succeed. If we simply do the math, we recognize that, in all likelihood, an individual in a senior political position (state representative on up) is pathological. Whilst, conceptually, the mind recoils at the thought, the numbers illustrate that it’s not only possible but highly likely.

Small wonder, then, that on the odd occasion that we see a highly principled individual throw his hat into the ring, he’s almost always trounced in the primaries. Should he actually attain office, he’s likely to last only a term or two before he’s had enough of “the swamp.” He either drops out or becomes a swamp creature himself.

And of course, this is a fact we’ve all observed on the rare occasions when a truly admirable candidate has appeared on the scene.

If we step back and assess what this means to the system itself, we conclude, “Of course it’s a failed system. How could it be anything else? It’s not intended for the system to work for the betterment of the electorate; it’s meant to serve the rulers.”

And that leads us to an even more unsettling conclusion: Since the system is populated by pathological individuals, they’ll have no intention of rectifying the problem. Regardless of party affiliation, they are, in fact, the problem.

And by extension, it means that the problem cannot be fixed without employing Thomas Jefferson’s solution of throwing them all out periodically and starting over.

The tree of liberty must be refreshed from time to time… Whenever any form of government becomes destructive of these ends, life, liberty, and the pursuit of happiness, it is the right of the people to alter or abolish it, and to institute new government.

But of course, most of us might be inclined to think that, whist we might like to see the halls of state cleansed of bad actors, we recognize that nothing short of revolution would bring about Mister Jefferson’s solution.

Even if we were to think a revolution were justified, very few of us would wish to see the economic and social devastation that would accompany it.

We do, however, have a choice as to whether we choose to continue to reside in a jurisdiction where we have no contact whatever with our leaders and no real ability to remove them on a wholesale basis.

In choosing a country for residence, we can consciously select one that has a small population and therefore a small, more controllable government. Not surprisingly, small countries are often freer and offer greater opportunity for the individual, in addition to a more representative government. As libertarian author Ron Holland has observed,

Small countries are more free and prosperous than large nation-states.

We cannot be guaranteed what sort of leader will rule over us, but we can examine what the odds are and take action to increase the likelihood of capable leadership.

Whilst this is true even in the best of times, it may prove to be critical in the tumultuous times that we’re likely to be passing through in the very near future.