For years, I spent a lot of time and effort making sure I collected every mile, every point, and every travel reward to make sure that I got as much free travel as possible.

I was obsessed with travel hacks.

Now, after years of being the Nomad Capitalist, I’ve adopted a new form of “travel hacking” that has improved my life and travel enjoyment. Today, I want to share this new form of travel hacking with you.

When I was running previous businesses, I would collect millions of miles.

My very first business was in the broadcasting industry as a market maker. I would go out and collect money from our clients and create opportunities for them in the marketplace to buy advertising that didn’t exist before and pocket the spread.

One of the coolest things to me besides making a good income was actually being able to use my debit card in the United States for these big transactions, sometimes hundreds of thousands of dollars a month, and earn rewards points (before they changed the laws about using debit cards to earn miles as easily as credit cards).

Every one of those dollars was earning me a Continental or United Airlines mile or hotel point.

Honestly, there were times I got more excited about making 300,000 airline miles in a month from my spending than I did from earning a really nice income.

I see this same mentality with people I’ve worked with here at Nomad Capitalist.

It often plays out something like this: A client living in Canada has an Aeroplan miles card and they’re putting everything they can on that card. They make a million dollars a year and half of that is going to the CRA – the Canadian tax agency – and they’re left with half a million dollars.

When this person comes to me, I show them how we could move them offshore and save almost all of that half a million dollars that they currently have to pay in tax. But to be able to go from paying $500,000 in taxes to paying almost no tax, there is one condition: they have to give up that airplane card in exchange for a debit card with an offshore bank.

Let me tell you what you do – this is the new travel hacking I’ve adopted as someone living the Nomad Capitalist lifestyle: when you go to book a ticket or hotel, you take out your wallet, look at your credit card number, and then you simply pay the full price.

Travel Hacking is a Scarcity Tactic

A few months ago, as I walked a client through why we needed to get rid of the miles earning card to eliminate all connections to his home country to avoid the nomad tax trap, I also explained how focusing on miles was a scarcity technique in his business.

He was thinking smaller in his business because he had taken his eye off the ball. Instead of focusing on how he could maximize revenue, he was distracted by finding ways to maximize his miles.

I have been guilty of the same thing in the past.

When I was running my business back in the day, I had a software developer create a whole piece of software on my computer where I would enter how much I owed certain clients every month. It would have the default amount I would owe and then I could change it. I would scroll through all the radio stations I had to pay, click one button, and it would instantly connect to a fax service (back when faxes were a thing!) and it would fax everyone a credit card authorization with my signature digitally inserted in the bottom.

All of this was designed to make earning miles easier. Rather than spending my time and effort figuring out how to get the next client to send me a million dollars a year so that I could make a nice spread on that, I was putting time and money into racking up miles.

Thankfully, I have since learned that my time is much more valuable than that. But when I told my client that focusing on miles was a scarcity technique, he didn’t quite understand. He argued that he was making $600,000 a year – that wasn’t exactly scarcity.

And it’s not… from one perspective.

FOCUS YOUR ENERGY ON BUILDING YOUR BUSINESS

You can’t be going in every direction at once.

But what I’ve found is that there aren’t many miles deals for flying from Tiva to Kuala Lumpur. I like to go to weird, off-the-wall places that are tax-friendly where I get more value for my money.

Depending on the airline, you can use miles to travel to Dubai or some other tax-friendly places. I’m not saying you can’t make it work. But after many years of going to some of the world’s most off-the-wall places – which I believe hold the most opportunity for people who want to lower their taxes and open up new ways to create wealth – I’ve realized that miles just aren’t that effective.

People waste a lot of time chasing them.

And programs are being devalued now. I have a European miles program and if I want to fly in Europe, it’s insane. They never have my dates available. You’re always fighting.

There is an almost energetic adjustment when you decide that you’re done with this. 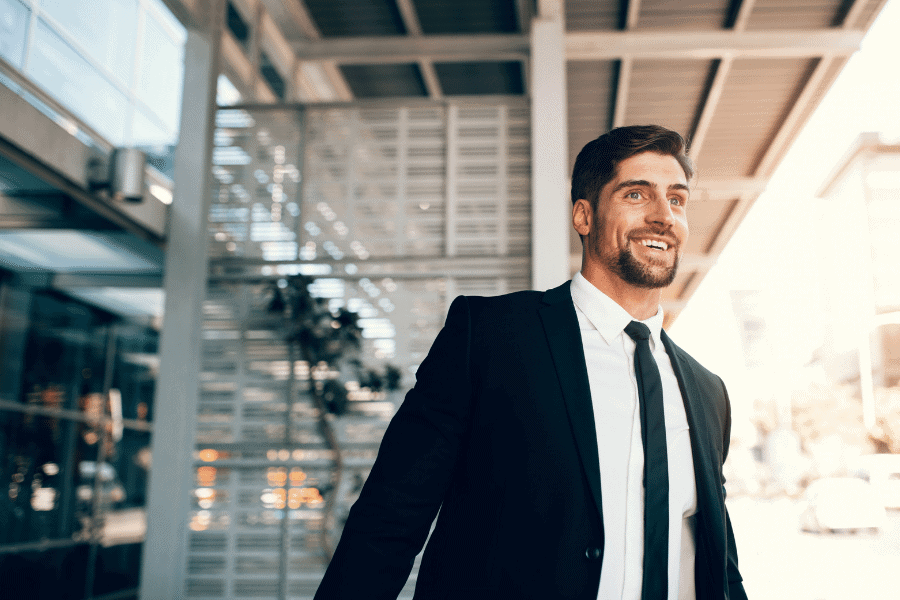 There is a sense of freedom that comes when you realize travel hacking is no longer necessary and you can just focus on your business.

If you’ve followed us for a long time, you may remember that we used to put out relatively expensive ebooks. They were these long ebooks on things like how to open an offshore bank account.

Most people who bought them didn’t do anything with them. Selling information no one was going to use wasn’t what I wanted to do. I’m not really an e-commerce funnel type of guy anyway. So, we got rid of it.

When we de-emphasized those funnels so that we could actually work with people directly and have a big impact, someone on the team told me that the money we were making from these ebooks was down. Because we never talked about the books anymore, we were only bringing in about $6,000 a month when it used to be much higher.

The books were still available and occasionally someone would click and buy one, but my team member asked why we didn’t just get rid of them. So we did. And our business has grown exponentially since then.

Now, I’m not saying that our business growth is all thanks to discontinuing a few ebooks, but that kind of decision has a bigger impact than a lot of people think.

When you allow one thing to go – when you allow an extra 1% of your spending that’s going into cash back rewards or airline points or miles – and all the time you spent on them to go, then the energy flows into everything else.

This is what we talk about: the builder versus the hustler. If you’re a builder, you’re focused on building the one thing, not on distractions.

When you let go of this stuff, your income will go up, whether you’re staying in the US or Canada or wherever and just paying the high taxes or going offshore.

You’re going to save a lot of your time.

Near the end of my miles and travel hacking days, I paid a guy $150 to help me just burn off the miles I had left so I could be done with it. He would find me the weirdest itineraries. I wanted the simplest ones. If I had to spend more money or miles, I didn’t care.

This whole miles hacking thing has become hacking miles for airlines that don’t care about you, having to fly through multiple airports, and having to sit on the wing half the time while the prices keep going up. It’s not even that great of a deal.

And now you can get hotel points. But it’s just not worth it. It’s a losing game. I don’t want to fight with the travel industry. I just want to go where I’m treated best.

Focus on increasing your business. The fastest way to do that isn’t by collecting miles, it’s by lowering your taxes, incorporating offshores, moving overseas, lowering your cost of living, and hiring less expensive employees. You can put 60% more margin in your pocket just by doing those things. And then you’ll realize that you don’t care about those extra airline miles.