The Most Stable Emerging World Currency

If you want to increase the return on cash you hold in depository accounts, you can use emerging world banks to earn higher – even dramatically higher – rates of interest.

Here at Nomad Capitalist, we believe that well-positioned offshore banks are just as safe as many of the banks where you may live.

Not only can you earn much higher interest rates on base currencies such as the U.S. Dollar or Euro, but if you want to earn the maximum rate possible – double-digit rates in some cases – you could accomplish that by holding stable emerging world currencies in emerging world banks.

Whereas the interest rate on U.S. Dollar deposits in the United States is generally 0% or nominal at best, the same U.S. Dollars held in an emerging world bank may earn somewhere between 3-4%.

And, if you were to convert those same U.S. Dollars into an emerging world currency, you could stand to gain more like 6-10% on interest, or even as high as 15%, depending on the specific currency in question.

But naturally, the greater potential return comes with an increased risk.  And so, when considering whether to hold cash in emerging banks and whether to do so an emerging world currency account, it is important to analyze and evaluate both the quality of the emerging economy as well as the banking institution itself, since both factors are directly associated with risk.

When evaluating the bank itself, or multiple banks if you so choose, you might be surprised to find that there are generally more bank failures within the United States than you’ll find on average in other parts of the world.

At Nomad Capitalist, we believe that with proper research you can find quality banking institutions operating in emerging economies where you will feel secure in your investment.

That is not to say that it is without risk, so you must also analyze the underlying economy, together with political risks, since a failure of either the economy or the institution may result in significant loss.

Once you have chosen the emerging world economy and banking jurisdiction, you will have the option to determine which type of currency you want to hold.

If you prefer to hold your cash in a base currency such as the U.S. Dollar, then your return on interest will generally be less than as compared to holding the cash in an emerging world currency, but nevertheless still substantially higher than if you had left the cash sit in a bank located within the United States.

And so, to give you some idea of how this may play out in practice, we at Nomad Capitalist have analyzed a wide range of emerging world currencies, and specifically their performance over the past five years, from the period of January 2015 to January 2020.

We analyzed currencies that we typically follow, as well as other more obscure currencies, and found that some emerging currencies have completely collapsed during the period. The Turkish Lira, Columbian Peso, and Egyptian Pound for example, have performed terribly, just as have some other South American and Central Asian currencies.

But we also identified other currencies that have been fairly stable and performed rather well during the period; namely, the Russian Ruble, Cambodian Riel and Armenian Dram, in addition to a few wildcards, the Ukrainian Hryvnia, Azerbaijani Manat and Kazakhstani Tenge, all of which we’re watching closely.

Here is a brief overview of their performance. 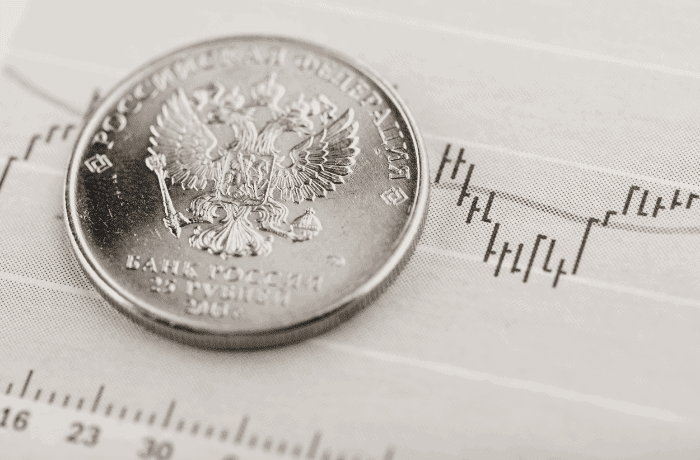 During the five-year period that we analyzed, the Russian Ruble performed the best as compared to the U.S. Dollar.

Given that the interest rate during the period was approximately 7-8%, you would have enjoyed substantial gains had you held the Ruble during the five-year period.

This is not to say that there is no risk, and in fact the Ruble was quite volatile during the period just prior to the five-year window we analyzed.

If you recall at the time, Russia had annexed Crimea, and the Ruble, which had been very strong and trading in the low 30s as against the U.S. Dollar, plunged to a low of nearly 80 Ruble to 1 USD before starting its slow recovery to current levels.

This type of volatility aptly demonstrates the fact that just one event can dramatically affect the value of an emerging world currency, and so it is of paramount importance that you not only understand the underlying local economy tied to an emerging currency but also the associated geopolitical risks.

Nevertheless, the historical numbers as reviewed under the five-year period indicate that you would have done quite well had you held the Russian Ruble during that period.

Just as with most any investment, this example further demonstrates that timing can be of utmost importance. 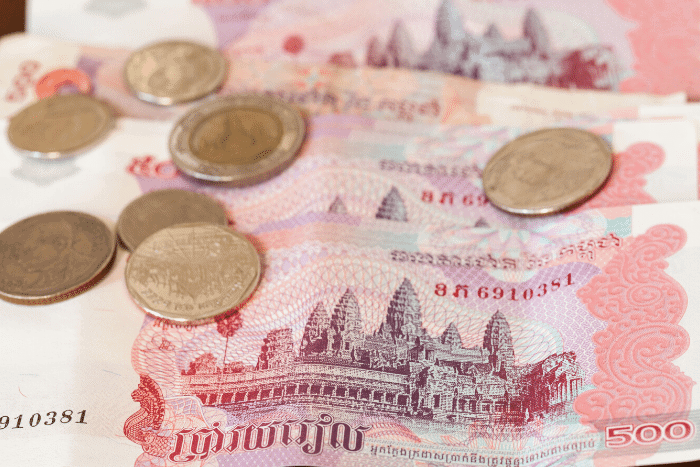 Cambodia is a country that we talk about quite a bit. As many of you know, I have personally invested in the country.

This is typically what you will find since the Cambodian government has managed to keep the Riel very stable, at least from a historical perspective.

The likelihood of continued stability is further supported by the fact that a number of foreign banks and financial institutions have come into the Cambodian market, including Malaysian, Korean and Canadian institutions. This is indicative of the fact that there is a fairly wide perception of stability.

Now, if you prefer to hold U.S. Dollars in Cambodia, the banks will certainly allow you to do so, but the interest rates on U.S. Dollar deposits have dropped from what was a range of approximately 5.5% to 7% interest to what is now only 3.5% to 4%.

While this is still quite a significant return as compared to holding the same cash in a U.S. bank at a nominal rate, it is nevertheless not as attractive as holding the deposits in Cambodian Riel, since the interest rates on Riel range from 6% to 6.5%, and possibly even higher depending on the length of the term.

If you are able to commit to a 2-3 year term on the deposit, then you will likely be able to negotiate an even higher rate.

Given its relative stability, holding the Cambodian Riel in two- or three-year certificates has shown to be not so dissimilar from holding the U.S. Dollar, at least from an historical perspective.

And if you had been holding the Riel over the five-year period from January 2015 to January 2020, you would have done rather well. 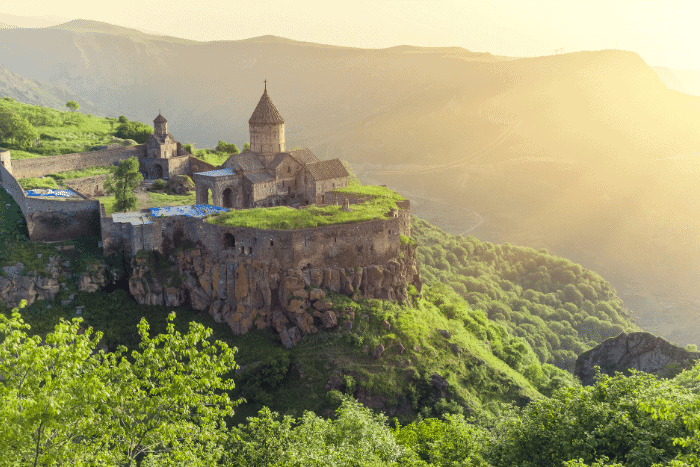 The Armenian Dram is another interesting currency since the underlying economy is showing signs of potential and I like the general track this country is on. Looking forward, I’m interested to see how recent reforms play out as proposed by the government.

At the beginning of the five-year period, the Armenian Dram was trading at 4.76 to 1 USD and at the end of the period it was trading at 4.78, so essentially a push, and completely stable in relation to the U.S. Dollar.

But significantly, the Dram paid out approximately 9.5% to 10.5% interest on deposits during the period, representing substantial annual gains, and irrespective of the fact that there was no change in the value of the currency itself.

Armenian banks are also interesting given their relative position in the region. If you don’t like going to Russia or can’t get the requisite visa to get in, you can also hold the Russian Ruble in a neighboring state in the region like Armenia or Georgia. 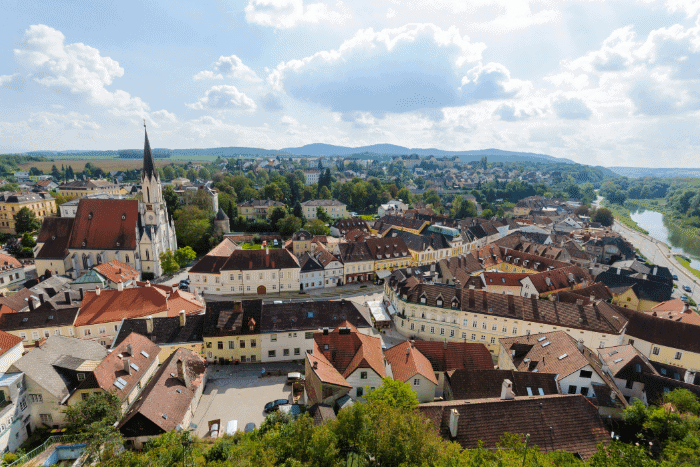 The Ukrainian Hryvnia is another interesting emerging world currency if for no other reason than it demonstrates another level of risk.

As you know, I have previously gone on record and I am not suggesting or endorsing the Ukrainian Hryvnia as an investment.

We have identified troublesome issues with Ukraine’s banking system in the past and the Hryvnia demonstrates a level of risk most investors would not tolerate.

It is nevertheless useful by way of analysis, since it illustrates that the strategy of investing in emerging currencies can play out in your favor, if timely executed, even though the underlying conditions are quite volatile and risky.

And, if you look back a little further, within a period of just a few months, you’ll find an even more dramatic drop.

So, while the timing may be a bit misleading in the overall environment, the historical numbers nevertheless indicate a 9% drop in the Hryvnia’s value against the U.S. Dollar over the five-year look back period, which is admittedly significant.

However, given that you would have enjoyed an approximate 15% return on annual interest over the same period, you would have more than made up for the drop in the currency value, and in fact would have done rather well overall.

But again, this is not an endorsement, and chasing a 15% rate of return on interest is generally not a strategy for success.

It does demonstrate the potential gains which can be had by investing in emerging world currencies, even though the underlying conditions may be quite volatile.

And perhaps more importantly, we at Nomad Capitalist are interested to see where Ukraine goes moving forward and whether the new government will be able to implement reforms.

Some new financial institutions are beginning to move into the market and this is encouraging, so we will continue to follow developments in Ukraine. 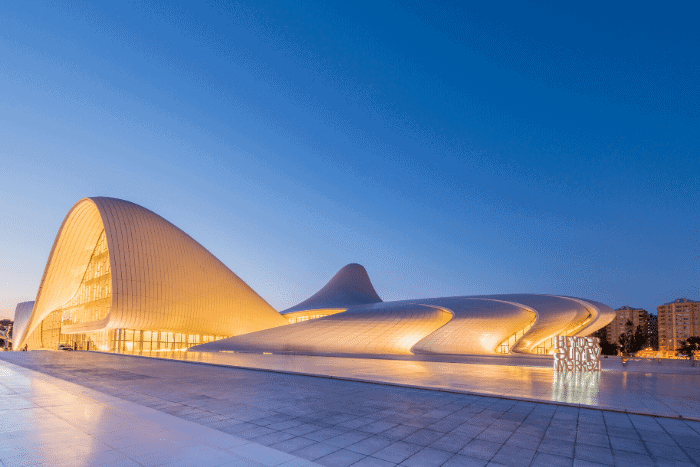 In addition to Ukraine, there are two other wildcard countries in the region that we are following at Nomad Capitalist: Azerbaijan and Kazakhstan.

The Azerbaijani Manat and Kazakhstani Tenge had both experienced a major drop in value against the U.S. dollar approximately five years ago, but have been relatively flat in the four years following, suggesting that they may have settled at some level of stability.

Given that these local currencies earn approximately 9-10% interest, both the Manat and Tenge are emerging currencies worth examining as we continue to monitor developments in the local economies.

In summary, it’s important to realize that investing in emerging world banks and emerging world currencies can be a risky business. One major event, whether economic or geopolitical, can produce drastic consequences.

Nevertheless, the banking jurisdictions and currencies which we have identified demonstrate that well-positioned investments in emerging banks and emerging currencies can yield substantial gains, especially when compared to what is essentially a zero interest rate environment as currently exists in advanced economies.

If you would like to learn how the Nomad Capitalist team can personally help you create and execute a holistic offshore plan, feel free to reach out.