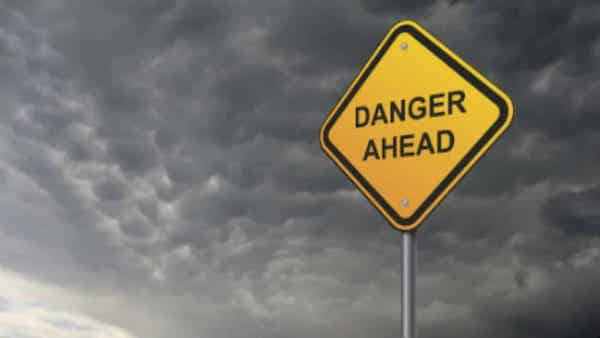 Doug Casey’s Note: There aren’t too many newsletters that I can recommend wholeheartedly. Chris MacIntosh’s is one of the few. It covers the entire investment waterfront, it’s thoughtful and well-written.

Let me add I’m completely on the same page with Chris and his views. I urge you to read what he has to say.

After working for many top-tier investment banks, Chris left the corporate world. He has since built and sold multiple million-dollar businesses, built a VC firm allocating $35m into early-stage ventures, and become a full-time trader.

He now manages money for clients of Glenorchy Capital; a macro focused hedge fund. Chris is the founder of Capitalist Exploits, with its flagship investment subscription letter called Insider.

Alright, let’s get into our discussion.

As countries destroy their national currencies, middle- and lower-class individuals will disproportionally be affected.

Are we seeing global destruction of private savings? What are the implications?

Chris MacIntosh: There’s a lot to unpack there.

What we’re seeing is the wholesale destruction of the middle class, certainly in Western democracies.

I think it’s by design.

We’re also seeing a wave of neo-Marxism taking place across the Western world, and they see it as an opportunity.

For anybody who wants an in-depth look at it, I suggest going to the World Economic Forum and looking at what they call The Great Reset.

They see this as an opportunity to rebuild the world in a Communist form.

When you have a middle class, people fight for that—if they have capital and resources to present some resistance.

If you take that capital away from them, they have less resistance. Certainly, if you take it away from them and then replace it with something like a Universal Basic Income (UBI), people essentially just become serfs of the government. And that’s what they’re doing.

Now, when you look around the world, that’s not what is currently happening in many emerging markets. I wouldn’t call much of Asia an emerging market anymore.

You have non-socialist structures or countries, and the way they deal with this crisis will tell what happens there over the next 10–20 years.

Western countries are dealing with this crisis by increasing debts, increasing social spending—and hence, ensuring the destruction of their currencies and their bond markets—and impoverishing the citizenry along the way.

However, in other countries, and I could pinpoint many—mainly in Asia, Eastern Europe, and even Russia—they’re not handling this in the same fashion.

Many of these countries don’t have social spending programs to the extent that the West does. Hence, there isn’t a belief by the citizenry that the government can or should look after them.

They’re not destroying their balance sheets or creating serfs.

What I think will happen, as the crisis fades with respect to the coronavirus, is many countries will be in poor shape in emerging markets. However, they are laying the groundwork to build and rise up from it because they’re not crushing themselves with social spending plans.

They’re also not crushing people by dis-incentivizing to get up and work. That’s exactly what the UBI does.

We’re going to see a shift of human capital, as well as capital, from the West to the East.

That’s how I see the national currencies and how middle- and lower-class individuals are affected in this process. I think, quite frankly, that everybody suffers.

The question is, who comes out of it in a stronger fashion?

And what is more conducive to capital formation on a go-forward basis? It’s absolutely clear to me that it’s not the West. It is largely in the East. That’s the longer-term trend.

For the chaos in-between, I think it’s pretty simple—you want to own tangible stuff.

International Man: Aside from the economic trends unfolding—and accelerating—as a response to Covid-19, a cultural, political, and social shift is also underway.

How are these trends connected, and what does it mean in the months and years ahead?

Five years ago, I couldn’t have written a book to explain what’s happening today. And had any logical person read it, they would have said, “Oh, sure. That’s going to happen.”

They would have said, “Well, that’s a bloody great piece of fiction, Chris. Good job.”

And yet, here we are. Again, these trends are in an exponential blow-off top phase.

What does it mean for the months and years ahead?

I think it’s the most dangerous period of time that we’ve ever seen, not just for your capital but also for individual freedom.

In terms of what it means for capital, we’re going to have extraordinary shortages.

That’s being met with a lot of fiscal and monetary stimulus. I don’t discount the fact that people losing their jobs has a disinflationary impact. What is being missed is the extraordinary shutting down of supply.

If you look at Maslow’s hierarchy of needs—it’s food, shelter, energy.

If you look at those components over the last two decades—on a relative basis—against all other sectors, they are the cheapest that they’ve ever been.

Agriculture is the cheapest it’s been in about 70 years. Yet we have absolute destruction in supply.

We have governments literally deciding who is essential and who is not essential within the food supply chain. This is not any different from what the Bolsheviks tried. We all know what that resulted in. People can look up the genocide in Ukraine, which was a massive famine caused by the government.

We’re at the cusp of seeing the same sort of thing. Already, the US just had the highest rise in food prices in 50 years. And people are still not paying attention to it. This is going to become a massive problem.

Editor’s Note: Tens of millions of people have lost their jobs in the US alone, and small to medium-sized businesses have been destroyed. It’s clear that we’re seeing the destruction of the middle class.

We’re also seeing a wave of neo-Marxism, which is sure to transform the Western world’s political and cultural nature.

The risks that lie ahead are too big and dangerous to ignore. That’s why Chris just released the most critical report on these trends, What Happens Next. This free special report explains precisely what’s coming down the pike and what it means for your wealth and well-being. Click here to access it now.