The Lesson of a Crash that Cured Itself 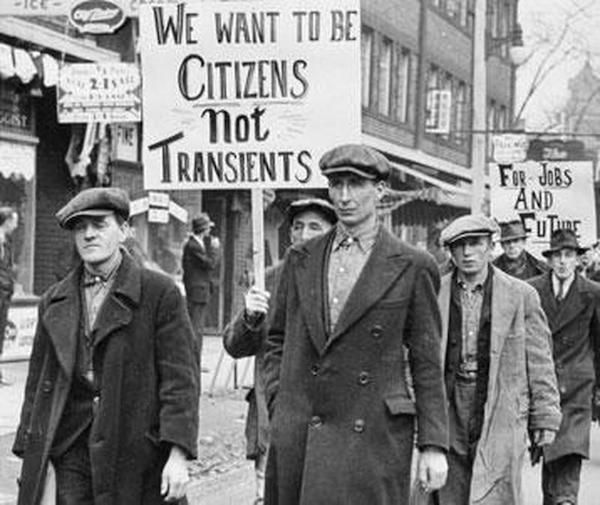 Editor’s Note: Doug Casey’s longtime friend Wendy McElroy is a Canadian individualist feminist and anarcho-capitalist writer. She was a co-founder along with Carl Watner and George H. Smith of The Voluntaryist magazine in 1982 and is the author of a number of books.

Today, we share her insightful piece on the coronavirus lock down and cost of government intervention on the economy.

“If a government wishes to alleviate, rather than aggravate, a depression, its only valid course is laissez-faire—to leave the economy alone. Only if there is no interference, direct or threatened, with prices, wage rates and business liquidation, will the necessary adjustment proceed with smooth dispatch.”

The economic disruption caused by the government’s coronavirus clamp-down may lead to a deep recession or depression; arguably, it already has. President Trump’s $2.2 trillion relief package indicates what his answer to such an economic disaster will be: mega-spending on hand-outs and social projects. Trump is setting himself up as a modern version of Franklin D. Roosevelt (FDR) whose New Deal programs defined 20th century America by diverting it from a largely free-market path down a largely statist one.

Trump wants to be an activist president—the type that history books applaud. Congress’s near-unanimous support of the relief bill means that no real brake will be applied on the speed or depth of federal spending. Few voices even question the need for government to lift up the economy by its bootstraps.

The Great Depression of the 1930s is often viewed as the gold standard for a federal response to an economic crisis. And, yet, FDR’s strong-man policies ushered in a decade of economic misery that did not end until the jolt of a world war in which over 400,000 Americans were killed. Happily, a less bloody “success” story exists.

The financial analyst and historian James Grant offers the do-nothing alternative in his path-breaking book The Forgotten Depression. 1921: The Crash That Cured Itself. The crash of 1920-21 is called “the forgotten depression” because it has almost vanished from history books. The main reason: its lesson is anathema to the political and economic elites who derive power from controlling the marketplace. Its lesson: when the economy is melting down, do nothing because the free market will self-correct and naturally return to a healthier equilibrium. Recessions—even deep ones called depressions—cause short term pain and damage; in the long term, however, such corrections allow for the healthy adjustment of overvalued assets and provide buying opportunities for the prudent.

Government interruption of this dynamic is useless, and worse. It is useless because government policies cannot prevent a depression. It is “worse” than useless because the policies can prevent a free-market recovery and needlessly draw out the economic pain. The “missed” recovery is never seen, of course. The 19th century French economist Frédéric Bastiat wrote eloquently of the “seen and unseen” costs of government intervention.

In the department of economy, an act, a habit, an institution, a law, gives birth not only to an effect, but to a series of effects. Of these effects, the first only is immediate; it manifests itself simultaneously with its cause — it is seen. The others unfold in succession – they are not seen: it is well for us, if they are foreseen. Between a good and a bad economist this constitutes the whole difference — the one takes account of the visible effect; the other takes account both of the effects which are seen, and also of those which it is necessary to foresee.

In order to perceive the “unseen” cost of government’s intervention into an economic crisis—that is, the missed opportunity for a natural recovery—it is invaluable to draw upon history for comparisons. In America’s Great Depression, Murray Rothbard observed, “The 1920 recession had adjusted itself within a year. There was no reason why the 1929 recession should have taken longer, for the American economy was fundamentally sound.”

When World War I ended on November 11, 1918,  A brief recession and a fast recovery followed. Then, a sharp deflation hit and lasted from January 1920 to July 1921. In a Wall Street Journal article entitled “The Depression That Was Fixed by Doing Nothing,” Grant explained, “Beginning in January 1920, something much worse than a recession blighted the world. The U.S. suffered the steepest plunge in wholesale prices in its history (not even eclipsed by the Great Depression).” Indeed, the first year of the 18-month crash was worse than the first year of the Great Depression. Unemployment went from 4 to 12%; production fell by 21%. According to Grant, “the nation’s output in 1920-21 suffered a decline of 23.9 per cent in nominal terms, 8.7 per cent in real terms. From cyclical peak to trough, producer prices fell by 40.8 per cent, industrial production by 31.6 per cent, stock prices by 46.6 per cent and corporate profits by 92 per cent.”

And, yet, Grant wrote: “The successive administrations of Woodrow Wilson and Warren G. Harding met the downturn by seeming to ignore it—or by implementing policies that an average 21st-century economist would judge disastrous….” The government did not lower interest rates nor did it ramp up the public debt. Under Harding, the government raised interest rates and paid down the debt. Average money wages were allowed to fall by 19% in one year. “ Grant continued, “Yet by late 1921, a powerful, job-filled recovery was underway. This is the story of America’s last governmentally unmedicated depression.”

The government’s laissez-faire attitude may seem surprising because Wilson, a Democrat, was not a fan of the free market. During World War I, Wilson had been an activist president with his hand clenched around every lever of control. His inaction in 1920 has been grotesquely ascribed to “a stroke of luck.” In October 1919, toward the end of Wilson’s second term, he had a debilitating stroke; his wife Edith assumed stewardship of her husband’s office and decided which items were important enough to bring to his bedside. Many matters experienced benign neglect.

In March 1921, when Harding was inaugurated, the economy was already turning around after fifteen months of decline or stagnation. The Republican Harding was an open advocate of laissez-faire, and he did nothing to hamper the ongoing cycle of recovery. Harding and Andrew Mellon, his Treasury Secretary, reduced federal spending, paid down the debt, and lowered tax rates. A Washington Post article entitled “Curing a Depression through Austerity” commented on the effect of Harding’s economic policies. “The unemployment rate fell from 15.6 percent to 9 percent (on its way to 3.2 percent in 1923), while constant-dollar output leapt by 16 percent. After which the 1920s proverbially roared.” By the summer of ‘21, the depression had reversed itself, America proceeded into the Roaring Twenties with a surging economy and happy-go-lucky consumerism.

How specifically did a recovery occur without government “assistance”? A significant part of the answer lies in the incredible power of the price mechanism to motivate human behavior. Which is to say, people want to prosper, and they will respond quickly in the presence of opportunities to advance themselves. “America was on the bargain counter,” Grant observed in his book, and Americans love a bargain.

Grant poured over financial pages of the 1920-21 period, especially those of the Wall Street Journal, as a way to take the economic pulse of the time. Among the insights Grant picked up: “Stocks were commandingly cheap, the Journal’s capitalist source concluded. ‘Scores’ of companies were valued in the market at less than their working capital — as if the business itself, apart from the net cash, was worthless. The shares of ‘large numbers’ of industrial companies were selling at “one-third of their respective intrinsic values’.” It was time for Americans to buy solid value at basement rates.

The preceding analysis is simplistic, but it sketches one of the most remarkable episodes in America’s economic history: a depression that cured itself. Unlike the Great Depression, it did so rapidly and without the political disruption of massive social programs and huge transfers of wealth.

Trump has chosen the path of FDR and the Great Depression rather than Harding and 1920. Rothbard referred to these past economies as “fundamentally sound.” Whether a similar statement is true of today’s economy can be hotly debated, and the prevalent presence of government is a complicating factor; the short-term misery of the correction will be deeper than it needed to be. What the 1920-21 depression demonstrates, however, is the salutary effect of allowing economic consequences to play out; what the Great Depression demonstrates is the incredible damage of doing the opposite. And, if the current economy is not as solid as in the past, perhaps this is all the more reason to abandon the one factor most responsible for destroying it: government intervention.

Nevertheless, instead of “doing nothing,” the Trump administration will “do everything.” The money supply will balloon and cause run-away inflation; resources will be misdirected, preventing free-market allocation; the market will be centrally coordinated according to a bureaucratic vision; interest rates will be driven artificially low; spending and debt will explode; unsustainable investments will be bolstered by tax funding…. In short, the depression will grind on to the misery of many and to the profit of a well-connected few.

Trump refers to the campaign against the coronavirus as a “war.” Like FDR, he is prepping to be a wartime president with the attendant legacy of glory. Or so the history books will read. In this quest, the narrative of FDR serves Trump well. We can only hope that, unlike the Great Depression, it will not take an actual war to break the cycle of depression being spun.

Editor’s Note: The biggest financial bubble in human history has popped… and the coming financial volatility will be unlike anything we’ve ever seen before.

It will be an increasingly dangerous time for retirees, savers, and investors.