The Inherent Weakness of FATCA 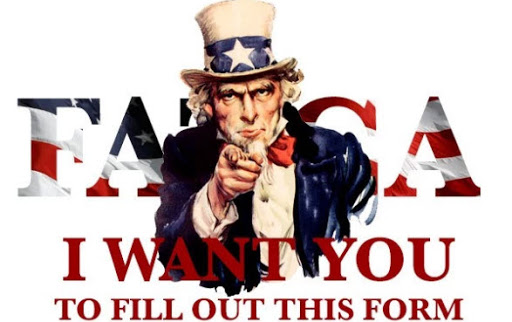 The Foreign Account Tax Compliance Act (FATCA) went into effect in 2014, ostensibly to stop US taxpayers from evading taxation through the use of offshore accounts.

And to this date, most all American investors who have, to one degree or another, internationalised their wealth, live in fear of FATCA. They make the assumption that their government is after them specifically and means to strip them of their wealth, demanding that offshore banks repatriate their wealth to authorities in the US.

Nothing could be further from the truth. Despite spending nearly $380 million on FATCA to date, the Department of the Treasury (DOT) has still not begun its claimed campaign of going after “tax cheats” by way of FATCA.

So, what’s going on here?

Well, the extraordinarily well-kept secret is that FATCA was never intended to pursue these individuals. It has an entirely different agenda.

But to understand this, we have to go back a bit.

In 2009, the DOT began to examine the American taxpayers’ use of UBS bank in New York City to transfer funds to accounts in Switzerland. Whilst this wasn’t exactly news, it occurred to them that the New York branch of UBS was its largest in the world, and if it were to suddenly cease doing business, UBS worldwide would go belly up.

As the branch was registered in the US, the DOT had the power to call the branch on the carpet and fine them, if it found fault with their operation.

And if there was nothing amiss in the way the bank was operating, it was a simple task to pass new regulations, then find fault with the failure of the branch to follow the new regulations to the letter.

Then, the DOT would be in a position to fine UBS for a substantial sum – hundreds of millions of dollars – or UBS would face the loss of its license to operate.

It worked. UBS quickly caved. The DOT was able to bring in a very large amount of revenue, with minimal legal costs and minimal legal delays.

The FATCA format was born.

The US then went international with the concept, but was unable to get it fully operative until 2014. From that time on, FATCA has repeatedly issued “minimum international standards” of reporting for financial institutions, worldwide.

These standards were onerous, time consuming and costly, to say the least. Since 2014, the banks of the world have been scrambling to meet minimum standards, only to have them arbitrarily raised, again and again.

Worse, the standards are often so vague and self-contradictory that it’s all but impossible to fully comply. As a result, no bank is ever 100% in compliance and the DOT has had a field day, targeting banks worldwide and applying the muscle. They never attack all the banks in a jurisdiction; they isolate a few in the jurisdiction and exact an enormous toll, then move on to another jurisdiction and do the same.

Of course, this is far more effective than going after the individual American, who may or may not have paid his taxes. To do that would involve the court system in another country, plus legal costs and might take years. And even then, the outcome and the revenue would be uncertain.

So, from the beginning, FATCA was never about chasing “tax cheats.” But why the ruse? Why not just call a spade a spade?

The answer is that, most Americans (and non-Americans) would nod their heads in acceptance at the idea of pursuing those who may not be tax-compliant, but if the real objective was to go after banks, that was a different kettle of fish.

After all, going after the banks had no bearing on tax compliance. It is, in fact, little more than a Mafia-style shakedown. (“If you pay me the $50 protection money, your front window won’t get broken.”)

The DOT could not be seen to be in the business of shakedowns.

But if the DOT is prepared to spend hundreds of millions of dollars on a new collection agency, why not actually go after the people who may possibly be delinquent in paying their taxes?

Well, in actual fact, that had been attempted for many decades before FATCA was created. The DOT tried passing laws in other jurisdictions, but, as it had no legal authority to do so, these laws were ignored. Each offshore jurisdiction reminded the US that, in order to freeze or confiscate the contents of an offshore account, the US government would need to first go through the court system of that jurisdiction.

In order to be successful, “double criminality” would need to exist in the two countries. The laws in both countries would need to match, or confiscations would not be legal.

Many attempts were made at pursuing this government-to-government approach over past decades, and the US came away with considerable time and money spent, but little revenue to show for it.

And so, with FATCA, they’d hit upon a different scheme – a government-to-bank shakedown. This worked, as the individual banks were prepared to pay massive fines in order to avoid being shut out of the New York banking system by the DOT.

Amazingly, so many Americans live in fear of FATCA that they’re unaware of its true purpose. Although the DOT frequently promotes FATCA as being intended to chase non-compliant individuals and corporations, it has actually never been in this business. In an interesting parallel, this is equivalent to the Mafia stating that it’s primarily in the olive oil business – a legitimate front for its illegitimate true objective.

But where does this leave the law-abiding American investor who simply wants the added layer of protection that internationalising his wealth will bring?

The answer to that is that, today, he should avoid storing his wealth in any bank, even in the most investor-friendly jurisdictions, as those banks are potential targets of FATCA (and in future, GATCA, the global version of FATCA).

If he wants to safeguard his wealth against rapacious governments, he would be well-advised to exit banking institutions entirely and keep his wealth in non-banking depositories. The number of these depositories is growing worldwide and a handful have facilities that equal or surpass conventional banking.

They’re not targets of FATCA, because, as they’re not banks, they can’t be removed from the banking system. Increasingly, such depositories are becoming the way forward for wealth holders – live in one country, store your wealth in another.

And most importantly, in some choice jurisdictions, these depositories have no reporting responsibilities to either their home government or any foreign government.

As fearsome as FATCA appears to be, it has a fundamental flaw. If your government has to go through the court system of another jurisdiction in order to take your wealth, it’s likely to fail, as this can only be done when dealing with a jurisdiction with the same laws, or “double criminality.”