The Height of Idiocy 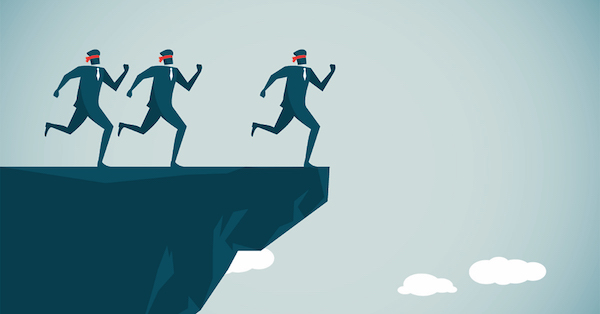 “The only element in the universe more common than hydrogen is stupidity.”

I’m not a fortune teller. In fact, the only things anybody knows about predicting – even if you gussy the concept up by calling it “forecasting” – are 1.) Predict often and 2.) Never give both the time and the event.

The worst offenders are those who pretend they know where the economy’s headed.

Statistics – so often the basis of conjecture with regard to the economy – are so subject to interpretation, and so easy to take out of context, that most of the time they’re best used as fodder for cocktail party conversations.

Still, as potentially wrong-headed and tendentious as the subject is, “the economy” is occasionally worth talking about simply to establish a clear point of view.

In fact, I place the phrase “the economy” in quotes because I don’t even accept the validity of the concept, nor that of “the GDP”; they’re both chimeras.

The idea of GDP gives the impression that it is not individuals that produce goods and services, but rather a machine called “the economy.” This leaves the door open to all manner of nonsense, like the assertion that what may be good for individuals may not be good for the economy, and vice-versa.

For instance, an advance in the GDP doesn’t necessarily mean increased prosperity: What if the government embarked on a massive pyramid building program, an archetypical example of public works? GDP might rise, but it would add absolutely nothing to the well-being of individuals. To the contrary, the building of the pyramid would only divert capital from wealth-generating activities.

On the other hand, if a scientific breakthrough was made which cut energy consumption by 80% for the same net output, or magically eliminated all disease, the GDP would collapse because it would bankrupt the energy and health industries.

But people would be vastly better off.

Entirely apart from that, the whole idea of GDP gives the impression that there actually is such a thing as the national output.

In the real world, however, wealth is produced by someone and belongs to somebody. We’re not ants or bees working for the hive. The whole idea of a GDP just allows the “authorities” to bamboozle people into believing they can actually control “the economy,” as if it were some giant machine.

It’s all an embarrassing and destructive charade.

I remain of the opinion that we’re headed into the biggest economic smashup in history.

That’s an outrageous statement, and it’s always dangerous to say something like that. After all, the longest trend in motion is the Ascent of Man, and that trend is unlikely to change; indeed, it’s likely to accelerate. And it’s usually a mistake to bet against an established trend.

Furthermore, science and technology will continue advancing, people will continue working and saving, entrepreneurs will continue to create. And downturns in the economy have always been brief. There’s a good case for staying bullish.

Even most of those who talk of a recession tend to write it off as either a simple reversal of recent “irrational exuberance,” or a passing change in people’s psychology, or a temporary shock. Unfortunately, it goes much deeper than that. Those things have very little to do with what recessions are all about.

A recession, according to the conventional parlance, is a period when economic activity declines for two or more quarters. That’s a description of what happens, but it’s really not very helpful, much like saying a fever is a period during which your temperature is above 98.6 F. A better definition of a fever might be a period when the body’s temperature is elevated as a consequence of fighting an infection, in that it gives you some insight into the cause as well as the effect.

That’s why I prefer to say a recession is “a period of time when distortions and misallocations of capital caused by the business cycle are liquidated.”

What causes the business cycle? Excess creation of credit by a central bank (e.g., the Fed). The injection of artificially created money and credit into a country’s economy gives both producers and consumers false signals, causing them to do things which they otherwise would not do. The longer the upswing of a business cycle continues, the longer and more severe the down cycle will be.

A depression is just a really bad recession.

One thing that – contrary to popular opinion – can help get an economy out of a recession is a large pool of savings; savings give people the money to invest in new production, as well as the money to buy that production.

That’s why it’s the height of idiocy for pundits to talk about how patriotic it is to go out and shop. It can only deplete the capital that will be needed in the future, and deepen the bottom with more bankruptcies, stealing consumption from the future.

That’s why the Fed’s artificially low interest rates is such a bad idea; it encourages people to save less and borrow more. This engineered decline may well, after a certain lag time, cause a cyclical upturn – but it will only aggravate the underlying problem, guaranteeing yet a bigger bust.

This isn’t just an American problem, because the U.S. is truly the engine of the world’s economy. But a lot of the drive behind the engine is the gigantic trade deficit. The hundreds of billions the U.S. sent abroad in the last year alone, after over a decade of increasing deficits, has caused a lot of capital investment that will become uneconomic, and created a lot of economic activity that will come to a screeching halt when that deficit inevitably reverses.

The whole world is levered on what happens in the U.S.

The effect in economies around the world will be devastating. The Smoot Hawley tariff of 1930, which acted to collapse world trade, greatly exacerbated the last depression. It could be that economic conditions in the U.S. alone could do it this time, without the overt “assistance” of the government.

I don’t believe we’re looking at just another cyclical downturn this time. We could be – but I don’t think so.

Of course, since the dollar is by far the biggest market in the world, constituting the reserves of almost every government on the planet, the de facto currency of probably 50 countries, and the savings of hundreds of millions of people around the world, when it collapses, it will cause a financial earthquake, Magnitude 10.

Use any rallies as selling opportunities. Diversify your assets out of the U.S. Build a good position in gold. Buy gold stocks with speculative capital. Get your debt, if any, down to comfortable levels.

Editor’s Note: Unfortunately there’s little any individual can practically do to change the trajectory of this trend in motion. The best you can and should do is to stay informed so that you can protect yourself in the best way possible, and even profit from the situation.