The Global Currency Reset: Is It Real?

In a lot of corners of the internet and the offshore world, you often hear about all manner of rumours and ideas. Among the ones that have been making the rounds lately is that of a “Global Currency Reset”, and I’ve had clients asking me about it.

It’s worth addressing because misunderstanding market signals can lead you down the wrong path.

The theory behind the Global Currency Reset is that the USD would lose its position as a reserve currency because the US is overly leveraged and becoming less competitive compared to resource-rich emerging economies.

After all, the value of a currency is a barometer of people’s trust in the government and its ability to repay debts. If there is no trust, then you don’t have money. What you have instead is a collection of portraits of long-dead presidents.

If this occurs, this would unbalance a system that has been in place for over a century; as the dollar gained ascendency because of its former gold standard and American efforts to pick up the pieces after both world wars. In more recent times, the US also retains its currency’s value by ensuring that a good portion of world financial contracts are denominated in USD, including OPEC’s oil production.

Put bluntly, I don’t see any reason why there would be any Global Currency Reset coming any time soon.

Especially because it’s not just the US that has high levels of debt, but almost every major modern economy out there. The Japanese government has much higher debt relative to its GDP than the US, for example.

It’s also worth mentioning that the US is indebted in a currency that it has a sole monopoly to print at its own discretion. Hence, it doesn’t have the problem of emerging market economies that may occasionally have debts in dollars but have no means of getting access to them.

Without credit, a modern economy grinds to a halt –  it simply can’t support anything beyond the barest of industries.

As such, if one day everyone cashes in their chips and the US dollar tumbles, it’ll take most major economies with it.

The End is Nigh – Coming soon?

Before becoming the Nomad Capitalist, I spent a lot of time in the broadcast industry where you meet all kinds of people. So, even before I had anything to do with offshore banking, I witnessed people buying Iraqi Dinars or turning all their money into silver under the belief that the American collapse was imminent.

The funny thing is that these types of people have been saying these things for the last fifty years. And the collapse does not seem to be any closer now than it was in the Oil Crisis of the 70’s.

Of course, there will be recessions, but by and large, boom times far outnumber the bad times. This is simply the ebb and flow of business and should be feared about as much as the changing of the seasons.

Some months, a euro might get you more dollars than in the past, and at others less so. This alone doesn’t mean anything without knowing the background in which this is occurring.

Extraordinary claims require extraordinary facts, and I just don’t see the evidence at the time of writing.

I’m a pragmatist – I don’t do doom and gloom – because you need to be pragmatic to be a successful businessman.

What distresses me at times is to see folks who don’t have a lot of money to their name but speculative assets on the off chance that they’ll appreciate. Then they come to me, without having made a cent, and ask me to design an offshore plan for them.

Needless to say, this goes against how I think things should be done.

If you’re a multi-millionaire and you want to arrange your latest and greatest business, by all means, knock on my door and we’ll help you organise everything beforehand. But I would like to caution against people taking their last $10,000, gambling it on low-probability investment opportunities and wanting to go offshore with that potential business venture.

People have been predicting the apocalypse decade after decade – and the USD reset is the latest version of a long tradition of fortunetellers preaching that the end is nigh.

Someone will eventually guess correctly, but do I think it will happen any time soon? A resounding ‘no’.

Having said all this, I do think that the US has some real issues which will cause problems down the line – for starters, it’s in debt up to its eyeballs and this is unsustainable.

But the idea of instant collapse is unfounded – there have been depressions, recessions, two world wars, the threat of nuclear annihilation, terrorist attacks and pandemics and not once have we gotten close to it happening. If it’s anywhere near occurring, you’ll know, you’ll be able to see very clear signs just by looking out the window.

Purchasing speculative assets on the off-chance of a “Global Currency Reset” (i.e., believing the current world superpower is going to keel over) is unrealistic, and quite silly – especially if you’re doing it with your life’s savings.

What You Can Learn From the Doomsayers 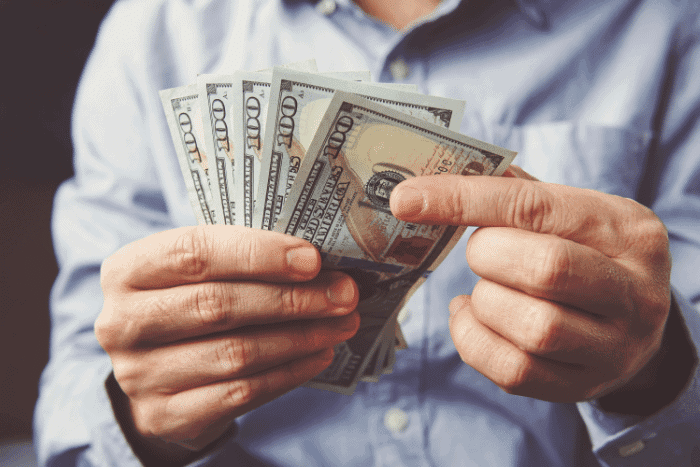 There may not be an impending “Global Currency Reset” but you can still benefit from diversification strategies.

One thing I’ve learned over the years is that every person, no matter how silly they might appear at first, has a lesson to teach you.

It makes perfect sense to want to diversify your portfolio and thereby offset any risk of a single geographic location. This is precisely the underlying ethos of Nomad Capitalist.

We can help you develop an Offshore Banking strategy that will help hedge you from any systemic danger of a specific country. Even if you don’t trust the US Dollar, you can go with any other number of safe currencies like Swiss Francs, Singapore Dollars, Hong Kong Dollars, and Canadian Dollars.

Moreover, if you have the risk tolerance for it, “exotic currencies” can play a small and controlled role in any good portfolio – there’s nothing wrong with getting paid 10% to hold Armenian Drams. And you can further protect yourself from volatile markets by holding gold and silver.

Ultimately,  the more things change, the more they stay the same. I foresee a gradual shift as more countries get tired of the US hegemony – but this won’t happen overnight, and might not fully happen within our lifetimes.

So, no, a  “Global Currency Reset” is not likely.

I understand and agree with the underlying desire for diversification. This is precisely what Nomad Capitalist is here for. But evidence and reason should guide our investment decisions, not fear and delusions.