The Future of Digital Nomads

Back in 2005, in the early stages of my first business, I remember sitting at my desk in my one-bedroom, loft apartment as a 20-year-old and having an epiphany whnoile looking at my VoIP phone. You may not remember those, but they were the phones that gave you all-you-can-eat long-distance calls as long as you could plug them into the internet.

I thought to myself, “I bet that, even in other countries, I could get that phone plugged in.”

The term really didn’t exist back then, but that was my first realization that I could be a digital nomad. I could run my new business by talking on the phone and doing remote work from anywhere.

I could just imagine the possibilities!

Since then, folks have given a lot of attention to the digital nomad lifestyle. But many still believe that they have to live a certain way if they want to be nomadic and it turns them off to the idea of location independence. This has held many people back from their full potential to live where they are treated best.

In this article, I want to talk about what I see changing in the future of digital nomads and what needs to be done to get past the barriers that keep people from having the lifestyle they want.

Because I adopted the nomadic lifestyle long before if became a widespread movement, I never thought that I had to strap on a backpack and hike my way through Southeast Asia to be a nomad, or move to Vietnam because that was where all the bloggers were going.

The only question was, “Where do I want to go?”

Because of my mantra to “go where you’re treated best,” I have been able to create a life for myself that is full of luxury and freedom. But I recognize that most people who originally gravitated to digital nomadism weren’t of the same mindset. Most simply wanted to quit their jobs and make just enough money to support themselves while they traveled in Bali, Chiang Mai, or Bangkok.

They wanted to see the world.

That idea is fine, but it doesn’t fit the entire digital nomad community. Not anymore. However, these backpackers defined the term digital nomad so well that others who were either already successful or who wanted to be never really got into the movement. They watched the backpackers from a distance, unwilling to commit even though nomadism was exactly what they needed to help them keep more of their own money, build their freedom, and create wealth faster.

They just couldn’t see how it was possible.

But they are beginning to see it now. The digital nomad community is growing and, with it, the definition of what it means to be a nomad is changing and becoming more inclusive. I recently read an article from Quartz where they discussed the idea of the “premium” digital nomad; the trend of more affluent people becoming nomads.

If you look at business now, you have an entire generation of people who cannot remember a time when the internet didn’t exist. These successful entrepreneurs understand the powerful opportunities in the world to connect them from here to there, no matter where “here” is. They grew up with my VoIP-phone epiphany as the only reality they know.

For these people, there is no reason they cannot have the premium digital nomad lifestyle. 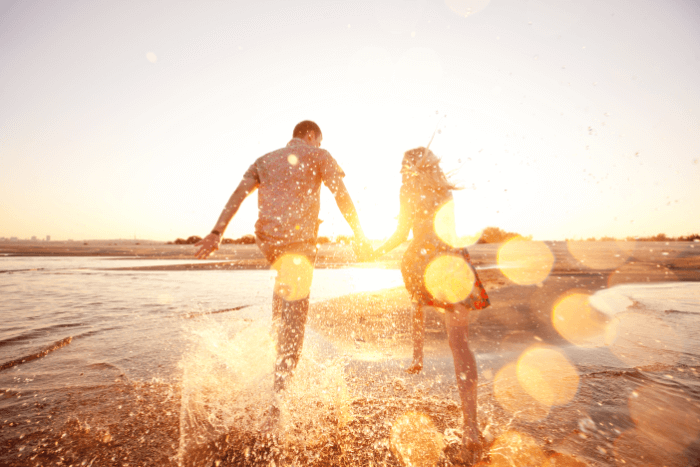 Until Roger Bannister ran a mile in under four minutes in 1954, science had decided it wasn’t physically possible. Four minutes was the barrier to human potential. Now, that four-minute mile is a standard.

The longer I live the nomadic lifestyle, the more I realize that the four-minute barrier to “going where you’re treated best” has yet to be broken.

I’ve previously written about my trifecta method where you have three different homes around the world that allow you to live tax-free, but even I haven’t stepped fully into the potential of the global cities idea yet. I’m not in London. I’m not in Singapore. I’m in places that are a little bit second tier. I’m in Kuala Lumpur. I’m not in Saint Lucia, I’m in Montenegro in the summer.

What I see as the four-minute mile of the nomad lifestyle movement – the future of digital nomads – is people going out and setting up bases in London, Dubai, and Singapore, with a winter villa in Saint Lucia. Someone is going to come out and decide that they’re only going to live in the most expensive places. A six, seven, eight-figure entrepreneur who wants the best of everything and will find a way to have it.

There are many successful people who want the life of a digital nomad and to go where they are treated best, but who aren’t willing to compromise on their creature comforts. The future of digital nomads will be these people, pushing the barriers and discovering a way to live the nomadic life in luxury rather than on a shoestring.

It will be the twenty-five year-old who doesn’t remember a life without the internet and who believes that location is meaningless. The one who is making $100,000 a month, but doesn’t want to give up the lifestyle of Beverly Hills. The future of digital nomads will be defined by those who want to go where they’re treated best in the way of luxuries.

And there is a possibility to create a tax-friendly way to live your life in these high-level places. That is the future.

A Tale of Two Nomads

At the moment, I see two different types of people to whom this future applies. One is already out there living the nomadic lifestyle and thinks that there’s an expiration date to it. These temporary nomads think they’ll do this for five years, but that the whole Bangkok, living in the jungle, instagramming jackfruit for breakfast lifestyle, isn’t going to last forever. These people will eventually decide to “grow up,” go back to Australia, and pay their 45%.

Then, there’s the other camp sitting in Australia, the US, or the UK. They’re paying the 45% and have decided that, even though they may not want to be there, they don’t really want to be in Medellin or San Miguel de Allende. They want to go somewhere exciting, but they’re sitting on the sidelines, not doing it because they don’t know how to live where they want without sacrificing the comfort they already have.

Both of these individuals will form part of a new nomad community.

In any movement, there comes a point where it reaches a critical mass and the audience begins to fragment. The vague values that held that mass together are no longer enough to keep everyone on the same path. That is where I see things going in the nomad community. I’ve talked about this for years, but the biggest fragmented audience that I see is the wealthy nomad.

There will still be people who choose to live the backpacker nomad lifestyle. The ones who want to know how to live on $7 a day in Vietnam and enjoy living in hostels. But we are also witnessing the birth of a new kind of nomad, a rebirth of the wealthy perpetual traveler of decades past – who would go all around the world.

Except now, the modern perpetual traveler will have bases.

Then, they’ll split their time in a way that they can keep more of their own money. They won’t be paying the ridiculous tax rate they paid at home and they’ll get the best of all worlds.

As more people set up shop in this way, it will trigger a whole new movement of people populated by those who never wanted to do the Southeast Asia routine in the first place, as well as those who did but are over it and – instead of going back to where they came from – are ready to graduate to the new wealthy nomad lifestyle that is a bit more stable and comes with a whole slew of luxuries.

Both camps will run the four-minute mile.

There’s nothing wrong with the Southeast Asia routine. That’s a fine routine. But, as more and more people are making big money online through remote work, consulting, and online businesses of all types, those six, seven, and eight-figure earners are going to create a shift of high-level nomadism that I think is going to be very interesting to watch.