The Frogs Will Boil Themselves 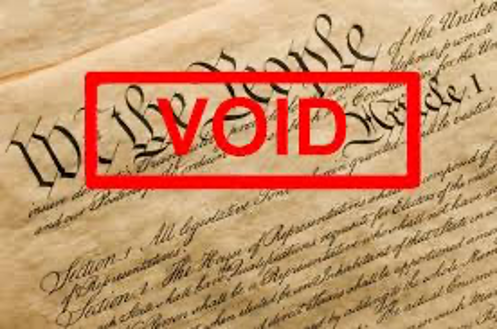 There’s a well-known old fable that describes a frog being boiled alive. It states that if a frog is dropped in boiling water, it will hop out. But if it’s placed in lukewarm water, it will be comfortable. Then, if the heat is turned up slowly, it will not perceive the danger and will be boiled to death.

In political terms, this translates into a slow increase, say, the slow rise of taxation or the gradual removal of freedoms.

But there’s another way to boil the electorate of a country: have them become willing participants in their own demise.

This method is a common practice in many countries, particularly the US. Americans have repeatedly been conned into begging for their second amendment rights to be diminished.

The method is to make use of the media to shine a light on the horrific murder of innocents through the use of firearms.

In recent years, this effort has been ramped up through regular senseless massacres of people, particularly children, in public places, such as schools and movie theatres.

Whether or not these incidents are actually created by the ruling elite is a moot point. What matters is that their proliferation has been extremely effective in providing the media will the fodder to repeatedly ask, “When is the Government going to make the possession of guns illegal so that the killing will stop?”

Many citizens are wary of such suggestions, but countless others quickly take the bait and demand that the Government “do something.”

Eventually, this becomes a point of pride for many citizens — a badge of righteousness — for standing up for those who have been victims.

Through such efforts, the US constitution has slowly lost its ability to serve as a limitation to Government power. A proliferation of laws that redefine what the Constitution means has, over time, eviscerated the Constitution.

Not surprisingly, those who support this effort are largely liberal, which creates a backlash from those who are conservative and vehemently oppose any erosion of the Constitution.

Whichever side Americans take on such issues, they would be wise to keep an eye out for what may be the next development in this wrangle.

Those who dutifully watch the liberal “news” networks may soon see pundits despairing that the failings of the aging Constitution must be dealt with. It must be updated if it is to serve changing needs. After all, the Founding Fathers cannot be blamed that they didn’t foresee the existence of AK-47s. Surely, it falls to the present administration to “correct” the failings of the well-intentioned old document.

Conservatives, of course, are likely to be more cautious, but what we may see is for the pundits on their favoured network to express frustration that the Left is seeking to erode traditional values and must, at some point be stopped, or the country will be destroyed. There can be no question that the Founding Fathers were correct — that unless the Constitution and its amendments are not clarified once and for all as to what they were meant to express, American liberty is at stake.

Americans, like citizens of most countries, love a good battle between good and evil. Every four years, a massive three-ring circus is staged in which the political leader is decided and both sports teams – Democrats and Republicans – go all out in seeking a victory on the playing field.

However, in most cases, neither candidate is trustworthy or qualified for the job, but this is of no importance. The essence of the battle is not to select a wise and capable leader but to win.

Similarly, once the populace has been wound up on both sides to believe that only a pitched battle can “re-establish the Constitution” or “modernise the Constitution,” the battle shall be met.

At present, this eventuality may seem mere speculation. But then, the media campaign has not yet begun.

At present, all that exists is pundits in the media bemoaning the injustice of the present situation.

What is needed is the prediction of pundits that, whatever side an individual takes on the issue, his side is sure to win.

On the liberal side, social warriors must come out daily in the media with demands for change and the certainty of success once the battle has begun. On the conservative side, pundits need to guarantee that the battle will be won once and for all, but that the situation is in dire need of immediate attention, or all may be lost.

The result will not be immediate, but, with repetition, eventually, the American people on both sides of the fence may well not only suggest, but demand that the matter be sorted.

At that point, the Government may announce that a Constitutional Review will be undertaken. It would not matter that most of those making the demand are the pundits on the media networks. What would be presented would be that “a majority of Americans demand that the review take place as soon as possible.”

Although at the time, the propaganda may imply that the review will be focused on one part of the Constitution, such as the Second Amendment, Americans will soon discover that the entire document is up for grabs. Under the terms of the review, all facets of the Constitution may be questioned.

Then what would the outcome be?

Each side will hope that their elected representatives will emerge as the heroes, but that is not how politics works.

In truth, elected leaders do not seek to serve the public but to dominate them. Invariably, their recommendations for change will be whatever transfers greater power to themselves.

Both Democratic and Republican members will argue forcefully for the rights of the American citizen. However, in the end, a “compromise” shall be made — one in which the rights of the populace are diminished and the Government has new powers to allow it to bypass the electorate in the future.

If this does occur, the public will, in effect, “boil themselves.” They will have demanded that the Government act, and, when the dust has settled, each side will claim some sort of victory but will fail to understand that they have brought about their own loss of rights.

It is hoped that, when the day comes that a Constitutional Review is proposed, Americans refuse to take the bait.