The Cheapest Way to Get a Passport

What is the cheapest way to get a passport?

It’s a question that’s asked all over the internet, and also one that we get asked at Nomad Capitalist rather frequently.

People want to know what they can get for as little money as possible.

But, when we are asked the cheapest, fastest, or easiest way to get a second passport, we ask what’s the purpose? What’s the benefit of you having that second citizenship?

We talk a lot about what the benefits are of dual citizenship, but what’s cheap for one person may not be cheap for the next.

And someone looking into starting a business elsewhere someday will have a very different definition of what counts as cheap compared to someone who simply wants to find a place to retire.

Each individual situation will change and influence the prospective cost.

This article will walk you through several different ways to inexpensively get a second passport, but it is also going to discuss exactly who should take advantage of each method. 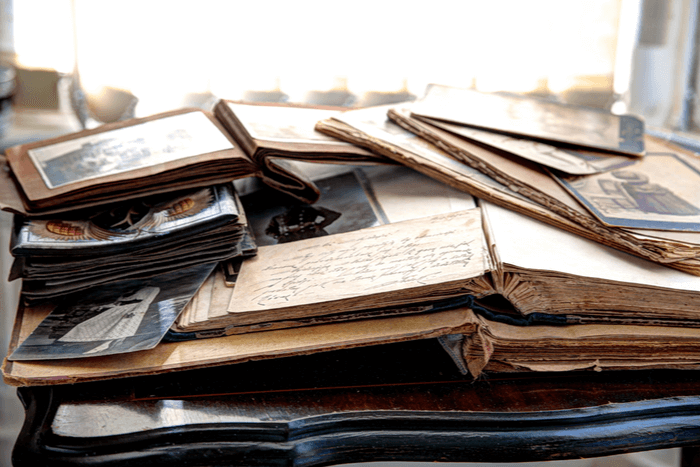 You probably don’t have to go through hundreds of genealogical documents to find long last ancestors to qualify for citizenship by descent.

Perhaps the most overlooked way to get a second citizenship is to look at your family tree.

Do you have a parent who was born in another country? A grandparent? Maybe even a great-grandparent?

There’s a great deal about citizenship by descent online, but there’s also quite a bit of a misconception.

What I’ve seen when I’m talking to people is that they’re aware of the idea of citizenship by descent, but they’ve almost been conditioned to believe that you’re supposed to look deep back in your family tree; like looking for a great-grandfather from Poland, for example.

Many of these people will wish they qualified for citizenship, but don’t believe they do.

It isn’t until we dig a little deeper that we find out that maybe dad was born in Canada. Maybe dad is actually a Canadian citizen.

Generally, if one of your parents is a citizen of another country then you have the opportunity to become a citizen there as well.

There are some exceptions, particularly in some of the Middle Eastern countries where certain rules make this difficult or generally prohibit it.

If, however, you do have this opportunity in your family tree, citizenship by descent can be pretty cheap.

The time may vary. Countries like Ireland or the UK are rather straightforward while others like Italy, Poland, Lithuania, Hungary, or, more recently, Germany take a while longer.

If time is not a factor for you and you just really want a cheap second passport, this is a very viable option.

As long as you qualify, citizenship by descent is basically the cheapest option. 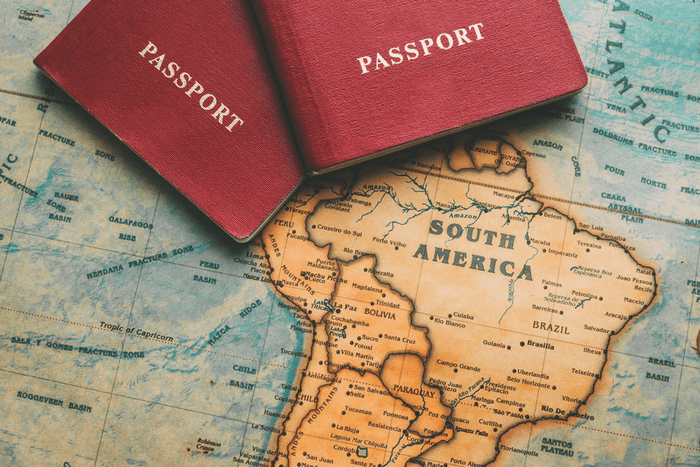 Many countries in Latin America offer citizenship by naturalization with very few requirements and a simple timeline.

The next cheapest option is going to be naturalization. This is what most people are talking about when you find videos about five easy passports you can get while living on a beach.

Naturalization is going to another country, getting a residence permit, and running the clock.

Let’s use Paraguay as an example. Paraguay is commonly discussed when the topic of naturalization comes up.

You go to Paraguay and sign up for a residence permit. They have a vague system where, as long as you’re a resident, you need to be there for something like one day a year.

So, you check in once a year for three years and then you can go back and apply for naturalization if their rules and regulations haven’t changed in that time frame (a likely scenario).

Now, being able to apply doesn’t mean that they’ll grant it. It also doesn’t mean it’s going to happen immediately.

It might take an extra six months, year, or even longer depending on the country granting citizenship.

Again, your time has to be considered.

That being said, this is a common way to get a cheap passport. People will go to Latin countries and hire a lawyer or a fixer to handle it.

This lawyer will run them around to file their FBI report or police clearance, go to the lab to get a blood test, and take them here and there and everywhere until the filing process is complete.

The challenge here is in the details.

Some of these countries have vague rules on how long you have to live there. Rules that sometimes change later, making you need to spend more time living there.

Sometimes, there is a judge involved who will deny naturalization based on how they feel about how much you’ve integrated into the country.

In my experience, there is a lot of confusion on the internet of what people think will happen and what actually happens in real life.

And what actually happens in real life sometimes goes against the letter of the law.

Someone in a government might easily say that they just don’t like A, B, or C about you or your application. You may be qualified as far as the law is concerned, but they might still not give it to you.

I see it all the time.

But, from a cost perspective, naturalization is relatively cheap because you can go apply in many of these countries.

It’ll cost you a couple of thousand bucks, but even in countries with heavy government fees like Panama with its Friendly Nations Visa, you can hire a lawyer to do it all for somewhere in the neighborhood of seven or eight thousand dollars.

My only issue is that, from an actuarial standpoint, if I’m depending on naturalization for my second passport, I will want to go and get two or three of them cooking, just in case one of the countries changes their mind about people who haven’t spent much time in the country by the time it comes to apply.

Now, you’ll have a much easier time if you are looking to spend time in the country. You can establish ties that give will make the process much less risky. 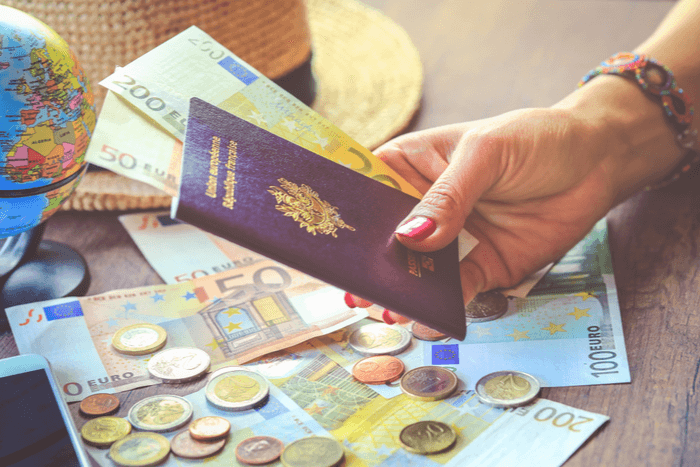 Island countries like Dominica and St. Lucia will give you a passport in exchange for a cash donation from you.

What I would suggest if you are a six- or seven-figure entrepreneur here on our site looking for a second passport is not to underestimate the value of your time.

If you’re working 2000 hours in a year and pulling in a million dollars, each hour of your time is worth $500.

Do you want to be using those hours to go down to Peru and enroll in a language school so that you can show up to a few classes every week?

Or fill out forms?

Or run around back and forth getting blood tests?

The answer is probably no. Particularly if your goal is getting a second citizenship for some kind of financial reason. For many folks in this situation, citizenship by investment is the cheapest way to go.

Whether its a citizenship by investment or fast track naturalization program, I believe these programs have the most benefits for your finances and for your time.

By investing money in something like real estate, you are given the opportunity to come forward a year after making the investment and request citizenship.

Each country that has these programs will carry them out differently. Some will take more time, some less. Some will require different types of investments.

But these countries give you a lot less nonsense when it comes to your application because you’re putting money on the table. You invest in the country, and in turn, they make getting that second passport much easier.

So, what is the cheapest passport you can get this year through citizenship by investment? What’s the value proposition? Which one should you choose?

While I can’t tell you which one to choose for your specific needs, I can walk you through the two cheapest options and why they may or may not be good for you.

There are around 10 options for straight-forward citizenship by investment programs. Currently, the cheapest of those options are going to be in the Caribbean.

Antigua, however, has a processing fee on top of the donation that raises the cost to around $125,000. This eliminates it as one of the cheapest programs unless you’re applying as a family.

If you’re single, then it’s $25,000 more. It might be worth trying if your situation is right.

This leaves us with St. Lucia and Dominica.

While the processing times in each country might vary, they both take around four months to be approved.

Both St. Lucia and Dominica have access to the EU, the UK, Hong Kong, Singapore, or any other place you’ll want to go.

But, there is a big difference in where each country is headed.

Dominica is more eastern-friendly. They’ve recently established visa-free travel with Russia and are setting their sights on developing the same relationship with the UAE and China.

St. Lucia, on the other hand, is more western-friendly. They’re focused on developing tourism attractive to western nations.

St. Lucia also has other options for getting citizenship, such as investing in government bonds. While the opportunity cost of other options may not be as good, they are a decent way to reduce your sunk costs.

Overall, both are good options. One gets you more visa-free travel than the other, but either way, $100,000 will get you a passport in a few months.

This is one of the rare examples where cheapest actually could be best. 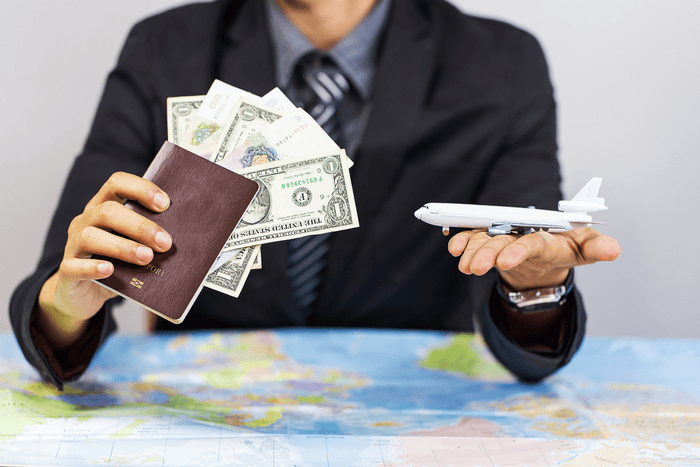 However you obtain a second passport, it can open up a world of opportunities for you once you do.

Each individual situation will decide which of these options is the cheapest.

Someone who wants to live, study, and work in the European Union with a grandparent that will help them get there will see citizenship by descent as the cheapest option.

Someone who just wants to retire in Peru and is willing to put in the legwork now may see naturalization as the cheapest option for them.

For a business person who’s looking for a good financial strategy over a safe haven, job, or place to retire may decide that a Caribbean citizenship by investment program that allows them to invest a few hundred thousand to jump to the front of the line is the best option.

Its this third option that I see as the future of “cheap” citizenship. People will start to see citizenship as a commodity that helps them get things done in this day and age.

More and more people are realizing that they can give people citizenship as a means to get more money flowing into their economy.

Austria is an example of this that gets talked about quite a bit. If you bring €10 million into the country, you’re on track to become an Austrian citizen.

Bulgaria is another common example where you pay an upfront fee and you get a passport in two years.

There are other options that are cheaper than these, and more are popping up every year.

If you’re making six or seven figures, these programs are probably a lot cheaper than others because you can go back to running your business. You can save yourself all the runaround just by putting a little money into the game.

What do you think? Which camp are you in?