The Cheapest and Safest Countries to Live In

What are the cheapest and safest countries to live in around the world?

A lot of people want to know where they can live to get good value for their money without sacrificing safety. And rightfully so. Safety and good living conditions are pretty basic human values.

Maslow’s Hierarchy of Needs lists safety as the second most basic human necessity – right after food, water, and shelter. It makes complete sense that this is a question that might be on your mind.

To discuss this in full and to determine the most affordable and safest countries to live in, we need to break the question down into its two parts:

A lot of people incorrectly assume these two things cannot go together. Or they’re looking in the wrong places.

In this article, I will walk you through actual statistics and real-life experience and explain why it’s possible to find places where you can live both cheaply and safely.

BE WARY OF WESTERN PREJUDICE

There is so much prejudice against outside countries – particularly in the West. If you turn on your TV, all you will see is that everywhere else in the world is “unsafe.”

You have to stay at home.

A couple of years ago, the US State Department put out a travel warning saying that every single country in the world was unsafe and you shouldn’t go anywhere.

If I ran a government that took half of the people’s money and I spent it on a bunch of stupid stuff, I guess I wouldn’t want any taxpayers to leave either.

These same prejudices have folks assuming that the cheapest country in the world couldn’t be safe at the same time. In this way, safety is commoditized as a luxury for which people must pay high prices in the form of taxes and the cost of living.

But there are places where you can get a better value and be safe. Safe can be anywhere and cheap is subjective.

A friend of mine lives in Chicago. Have you seen some of the stuff that happens in Chicago? Dozens of people get killed on some weekends!

My friend is always very quick to point out that he doesn’t live in the part of Chicago where people are being killed. He lives in the suburbs where you don’t have to worry about it.

There are safe places anywhere you may want to travel or live.

THE CHEAPEST COUNTRIES TO LIVE IN

Do you want to know where it’s cheaper to live?

Do you want to get more value for your money?

Are you tired of living in a western country where everything is so expensive?

Heck, I have friends in Australia who are paying $30 for a pack of cigarettes and huge duties on alcohol. Many of them live very expensive lifestyles.

When it comes to cheap, my philosophy is not “How do I live for $9 a day, but how can I get better value for my money?”

Here are the places where I have discovered that this is possible:

If you’re looking for a westernized quality of life, you’re probably going to get the cheapest prices in parts of Eastern Europe. We’ve talked before about Belgrade, Tbilisi, Yerevan, and Minsk.

These are places that are really cheap, partially because they use their own currency, which keeps prices lower.

In Montenegro, where I have a summer home, it’s really not that cheap, partially because they use the euro and partially due to a large tourism industry.

These lesser-visited places with their own currencies that are off the beaten track are where you’re going to get a great value. (Though they have less tourism currently, these places are some of the greatest and cheapest countries to visit.)

If you want great food for a good price and great alcohol prices, those places and cities near them are going to be good.

And if you want to be within the European Union, Budapest is a place that could be relatively affordable.

You could apply some of these same principles to Central and South America. Sometimes, in tiny countries, it’s going to cost you more if you want western comforts.

But you can find great deals in places like Colombia and Ecuador. Columbia has a currency that never seems to hold its weight that well but it’s still a great place to live where you can get great value for your money.

There are great options in Southeast Asia, especially in one of my personal bases: Malaysia. Places like Thailand and Cambodia are not as cheap as you might expect.

THE SAFEST COUNTRIES TO LIVE IN 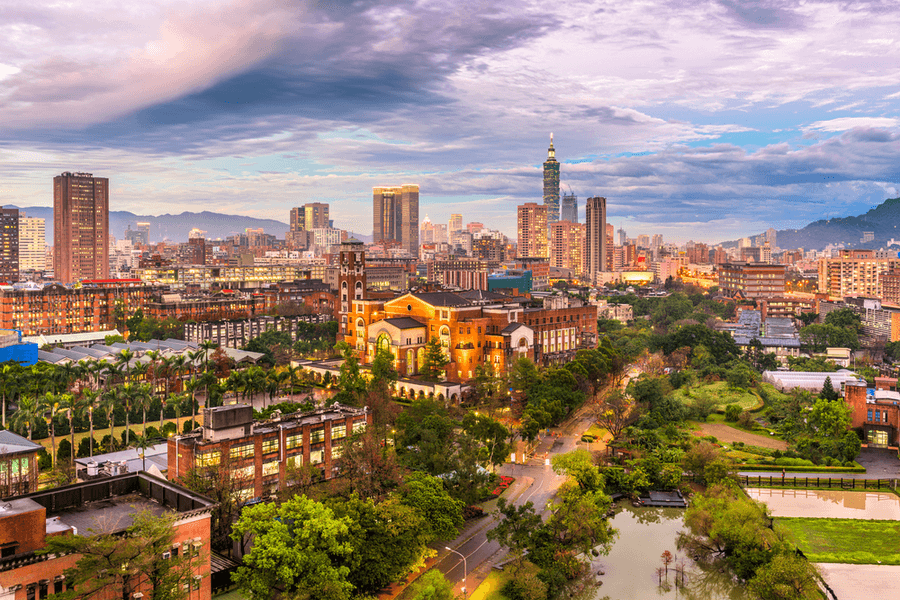 Taiwan is one of the safest countries to live in and also offers a relatively affordable cost of living.

But all this begs the question: Are these places safe?

I came across a report recently on the 10 safest countries in the world. Remarkably, all of the countries on the list were European or Western countries like Iceland, Sweden, etc.

What really amazes me is that I found one of these reports where they basically admitted these are the safest countries based on perception. These types of reports are put together by think tanks of white guys sitting in Washington or London or Vienna.

They have a natural bias.

But have they ever thought about the countries I’m talking about?

If you actually look at the statistics they put up for 2020, they ranked 129 countries based on actual crime data. The safest country in the world out of the 129 was Qatar.

Now, Qatar is not particularly cheap, though it is a fairly tax-friendly country.

But go a couple of spots down the list and you’ll find Taiwan. Taiwan is not as cheap as some of the other places I’ve mentioned, but it is still relatively affordable. You can get good value for your money and it’s often an overlooked place.

Another country in the top 10 was Georgia. Just out of the top 10 were Armenia, then Slovenia, Belarus, Poland, and Slovakia. These are all around the top 25.

I’ve been in Georgia for a long time. I know a lot of people who have moved to Georgia from other parts of the world. Everyone in Georgia has a story of how they left their fancy camera in the back of the taxi and the driver tracks them down and gives them their camera back.

People feel safe walking around at all hours of the day and night. They’ve created a very safe culture.

Mikheil Saakashvili, a former president of Georgia – who is speaking at our upcoming conference – really changed the culture and made a country that was about people feeling safe.

What do all these countries also have in common outside of safety? They also outrank the countries that you would expect to be the safest – perhaps, the countries you live in – New Zealand, Australia, the United Kingdom, and the United States.

All the countries I mentioned beat them. Almost all of Eastern Europe – excluding a few – beat the big western CUNA (Canada, United States, New Zealand, Australia) countries on this list.

The United States was ranked as the 50th most dangerous country.

Now, remember, safety can be found pretty much everywhere. I’m not saying you can’t find places to live in the United States where you’ll be safe.

I used to live in the US. I had a couple of times where my car was broken into or I had other problems, but I was never a victim of any kind of serious crime. That could have turned out differently if I was in more dangerous areas of the United States.

That same rule applies anywhere else

The challenge is, the places where most people in the Western world want to go and assume are safe, may not be the safest.

Barcelona is now widely accepted as the crime capital of Europe. Multiple people I’ve worked with have had their expensive watches stolen right off their wrists.

Now, there are places that are safe, but not cheap. A lot of the countries in the Gulf, like Saudi Arabia or the United Arab Emirates won’t let you get away with a crime.

Belarus was also listed as one of the safest places.

You could argue that in these places, they impose pretty strict law and order. But in other places, like Georgia, that isn’t the case.

THE BEST OF BOTH WORLDS

If you know what you’re doing in Asia, places like Taiwan and Malaysia are also very safe and reasonably affordable. There may be some purse snatching, but there isn’t a lot of violent crime.

Latin America may be a bit more dangerous but there are plenty of safe and cheap places if you buy in the right neighborhood.

The point is, you can have a lifestyle where you’re getting a lot of value from your money in a safe place.

All you have to do is look.