Most of the clients that Nomad Capitalist gets tend to be from the Anglosphere, meaning that English is primarily their first and only language.

As languages go, English is the most useful one you could have in your arsenal, owing to the fact that the British Empire used to control most of the world. And now with the hegemony of the US, it’s the uncontested lingua franca wherever you go.

However, if you solely rely on it, you are often locking yourself out of many great opportunities, as there are language groupings so large that they don’t really need to bother learning English at all.

Spanish is one such group. There are more native Spanish speakers than English.

In addition, there are Spanish speaking countries in every continent and it is the fourth most spoken language in the world, making it one of our top languages to learn for business.

My wife and I made the effort of learning Spanish and it has meant a marked improvement in both our lives.

It isn’t particularly complicated either. According to The Foreign Service Institute (the US government’s primary training institution for employees of the US foreign affairs community), it takes an English speaker between 575-600 hours worth of practice to achieve fluency.

This would make it among the easiest languages for an English-speaker to learn and is doable within six months of concentrated effort.

So, if you actually want to explore the full breadth of possibilities out there, learning Spanish is definitely the way to go about it. As a reward, you will be able to gain access to citizenship (as many Spanish-speaking countries have a language requirement for citizenship) and access to a wide array of countries all over the world.

Whether you’ve already mastered the language or are looking to immerse yourself in it in order to learn, here is a list of 7 Spanish Speaking countries for nomads and expats to live in:

I’ll admit, I am cheating a bit with this option, as some people consider Puerto Rico to be the 51st state of the US thanks to its status as an overseas territory. All its citizens have been considered US citizens for over a century.

It has all the flair of seeming like a Latin American country, but if we were to consider it amongst this group, it would have the highest GDP per capita and the most advanced economy. So, you can have many of the benefits of still remaining in the US sphere of influence, while also enjoying the Latin American warmth.

Unsurprisingly, in order to be living in Puerto Rico without having random obstacles in your day to day life, you will have to know Spanish and English.

For some – but not all – American businesses and their owners, Puerto Rico is the ultimate tax haven.

If you move there via certain programs you can reduce your tax to essentially nothing  – you can have as little as a 4% income tax rate, 0% dividend rate, and 0% capital gains tax rate.

The caveat is that you must not have been a resident of the territory within the preceding 15 years.

In theory, even a US resident, without citizenship, could also enjoy these stellar tax rates.

The territory has a vibrant tradition born of its rich history with Spain, its Caribbean heritage, and its connections to the United States. 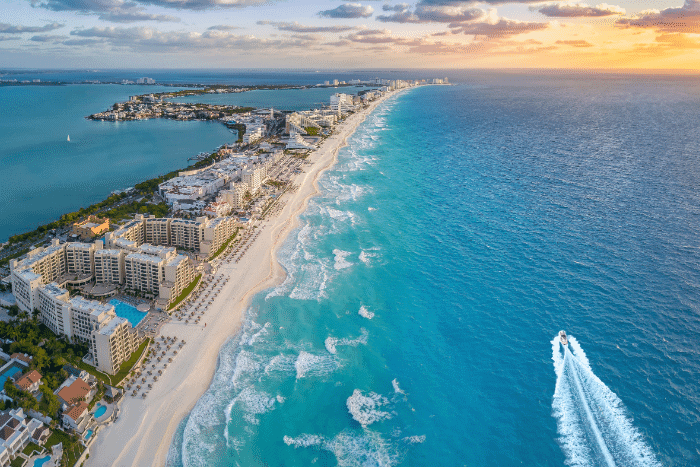 When people think about Mexico, often their first thoughts are tequila, deserts, and siestas in the middle of the day. Yet, much gets lost in this stereotype. Mexico is that and so much more.

Just to put it into context, you can fit half of the surface area of the EU into Mexico. Each of the 31 states has a different culture, cuisine, climate, and nature.

It’s also worth mentioning that moving to Mexico won’t cause much culture shock. The US expat community is rather large, and there are many restaurant chains like you would see in the US.

If you have no interest in that though, the food from Mexico has enough variety to keep one trying new things for a lifetime on its own.

As a matter of fact, ten years ago, Mexican cuisine was included in the UNESCO list of Intangible Cultural Heritage of Humanity – yes, it’s that good!

I’ve been saying for a while that US citizens should look into living in Mexico and the process of gaining residency, or even citizenship is rather straightforward.

However, as with many Latin American countries, taxes aren’t particularly great and do require being a bit strategic. 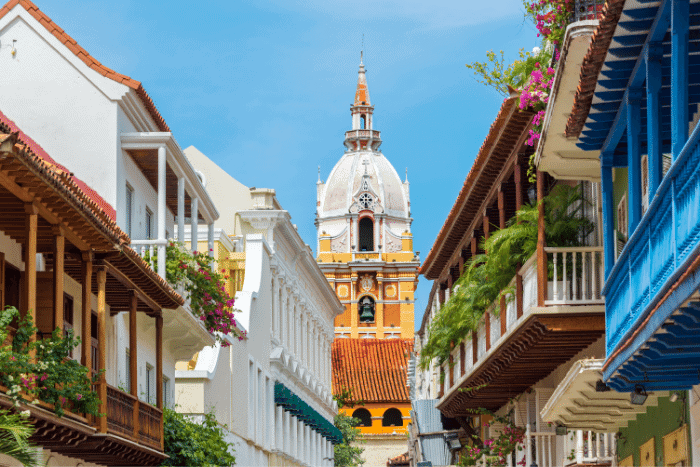 Until recently, not many people talked about Colombia as its drug history still cast a shadow over it. But for those in the know about Spanish speaking countries, it has been a hidden gem with beautiful beaches, mountains, and jungles.

From an economic standpoint, it is the second freest economy in South America and is set to develop rather strongly in the future.

I’ve written before about the numerous benefits of living in Colombia. But, in short, it’s a country with a unique culture, fantastic cuisine, cheap costs of living, and a lot of business opportunities.

(Full disclosure, I have an apartment in Bogota, you can find a full tour here)

Moving to Colombia and even gaining citizenship is rather straightforward, but I would not advise you to live there permanently as, like Mexico, you’ll be subject to some nasty taxes.

So, whilst a fantastic country, I think it should be under consideration via the trifecta method. 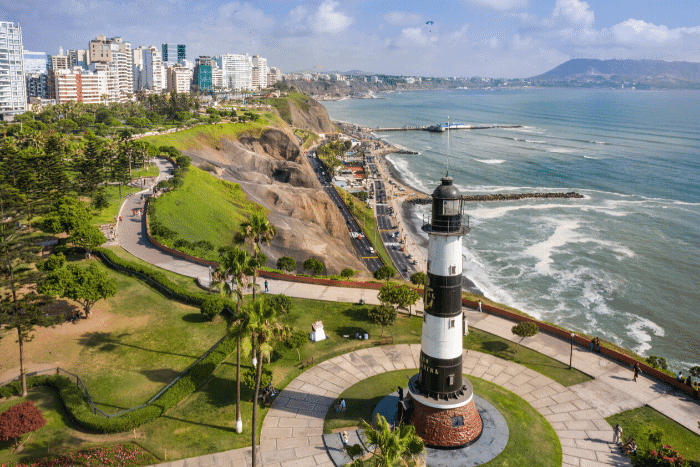 In most circles, if someone were to say that they are moving to Peru, people would instantly think that they had committed a crime. After all, why on Earth would anyone consider living in Peru?

Well, I think this will be a country that you will be hearing more about. It’s right in the middle of the action – it’s close to Chile, Colombia and Ecuador – so it can easily serve as a Latin American central hub if you have business dealings there.

On top of that, the country has a lot to offer by itself, with its beautiful beaches, impressive Andean highlands, and magnificent rainforests. Peru offers plenty of amenities, outdoor activities, and all for a remarkably low cost of living.

It’s also a rather open country, and very welcoming to foreigners. You never feel like an outsider, as people make you feel right at home.

However, one thing is the people, and quite another is the government. It’s not the most tax-friendly nation if you live there on a permanent basis.

And the requirements for immigration are being raised behind closed doors. As in, what the law says is one thing, but for you to actually be accepted you’ll likely have to have more than the minimum requirements.

With all that said, my personal recommendation is the capital of Lima, and if you want to be even more specific, the district of Miraflores – it’s the most affluent region in the city with hotels, bars, restaurants and department stores. 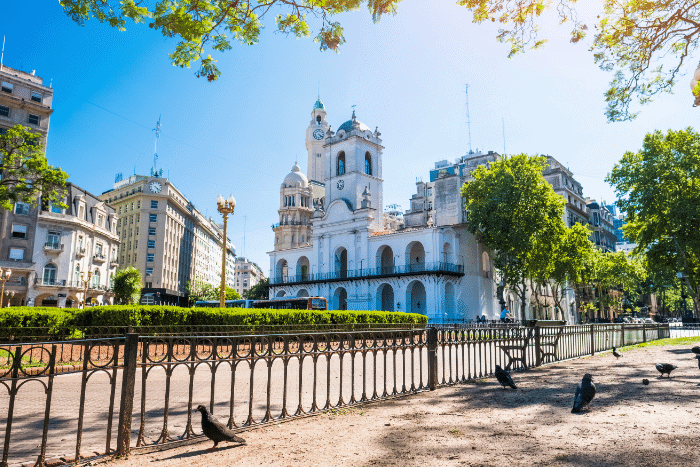 If you would like a place where life is lived with passion and raw emotion, for good or ill, then living in Argentina is for you. Whether it’s tango, wine, or the succulent prime cuts of beef, there is something in the culture to make you fall in love with this country.

It’s also just as large and diverse as it looks on the maps. You can live in vineyards, beaches, or mountains – there’s something for everyone.

Overall, it’s a perfect place to feel at home, far away from home. Around 85% of Argentina’s population is of European descent, mostly from Spain and Italy. It has a distinctly European flavor but is still very much Latin American as well.

As with any emerging economy, there are some risks. I would caution against banking there or buying a big property, given that inflation rates and the economy as a whole are a bit volatile.

Now for some more tax-friendly and even tax-neutral options we go to Central America.

But before that, I have to say that I’m not a huge fan of Central America. I consider it a bit of a mixed bag – just to give an example, Nicaragua is the one place where I’ve had a gun pointed at me.

Hence, some caution is advised. There are places in this region where pale skin would already mark you as a target. So, I would suggest that you stay on the beaten path and go where other expats are. 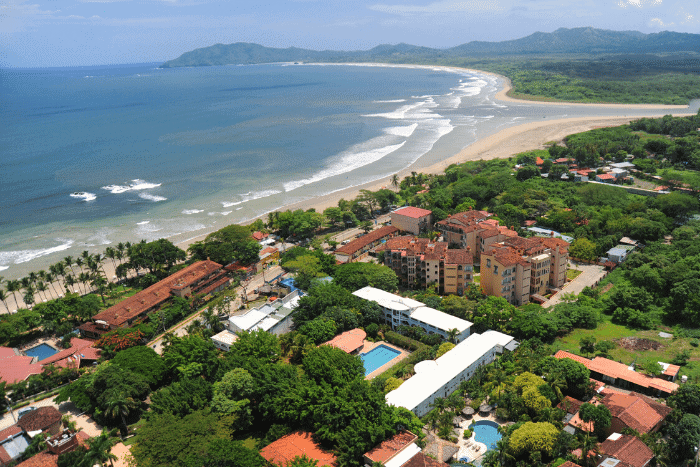 Costa Rica – its main selling points are its beautiful beaches, rather than its capital. If you do choose to live there, the requirements are being able to prove an income of $2,500 per month. However, applications can often take years only for them to be arbitrarily denied.

Costa Rica operates a territorial tax system, wherein residents and non-residents are only taxed on their Costa Rica-sourced income. So, if you don’t have any income that comes from this country, it may well be worth it to consider living in Costa Rica, from a tax point.

Panama –  Its capital, Panama City,  is often considered the Miami of Central America, due to its fast pace of life and sweeping skyscrapers in a tropical setting.

Living in Panama City feels an awful lot like living in the US, both in its culture as well as its currency, as the USD is legal tender. Prices are thus far higher than you would expect in that side of the world, though real estate is decently priced.

In my opinion, the city is a bit on the dry side, and I wouldn’t advise going outside of the city to explore as it can get a bit dangerous.

So, while not the most exciting place in the world, the city offers major benefits in terms of banking, investment, and residency opportunities.

Latin America is one of the world’s most important economic zones in the world. It is often overlooked, though, thanks to headlines that focus more on drug cartels than economic productivity.

Partially, it’s this ill-gotten reputation that has stopped many expats from exploring the wide diversity available in these countries. But it is important not to paint with a broad brush.

Yes, as with any emerging economy, Latin America is not devoid of problems. But they’re often far more manageable than the news implies.

It’s easy to forget that Latin American countries can be half the size of the EU by themselves, so news and warnings that may apply to one region are completely irrelevant in another.

If you are willing to give it a try, there is plenty of opportunity from a business standpoint, as the economies are finally picking up steam. And you will be spoiled from a quality of life standpoint as well (it’s not uncommon for upper-middle-class families to have cleaners, cooks, gardeners, and personal assistants).

You can also enjoy nature alongside some of the most vibrant cultures out there – and that’s not even mentioning the food from Spanish speaking countries!

Live life on your own terms, not by the guidelines that the media tries to manipulate you into believing.