The Best Countries for Crypto Mining

Creating tax strategies and offshore plans for clients running crypto-based businesses and mining operations is not a simple thing.

There are always ways to make things work, but each individual needs a specific plan for how they’re going to accomplish their goal because no straightforward solution has been created just yet.

But, despite the complications and changing regulations on cryptocurrencies, there are plenty of interesting opportunities that may be worth diving into.

There are some who have been discouraged by the crypto lows that we’ve seen recently. I don’t think this should be the case. While some people see these lows as a bad thing, I happen to think that, while unpleasant, these lows are a great way for you to buy into cryptos that you believe in.

With this opportunity to buy in and start experiencing some of the benefits of cryptocurrencies, many people are finding that home isn’t the best place to deal with their favorite international currency. Legal restrictions, tax laws, and even bank opinions on cryptocurrencies might keep people from jumping in.

Crypto miners face similar problems. People are looking for energy efficient places to go and set up their mining operations, but because of electricity prices and other factors, some countries are just better to work in.

I’ve dealt with quite a few people who’ve decided to pursue a nomadic lifestyle in order to go where they and their business are treated best. Crypto miners are no different and there is a list of factors that will pull them in one direction over another.

In this article, we’ll cover five of the countries that I’ve heard the most about and why I think they are great or terrible options for people looking for the best place to mine cryptocurrencies.

No Good for Mining – the US and Venezuela

Nomad Capitalist and crypto investors are very similar when it comes to the idea of going where you’re treated best. Which is why, when someone came to me and told me they thought the United States was one of the best places to mine cryptos, I had to disagree.

This person had decided that the relatively cheap electricity prices and other things like that more than qualified it, but no one knows what the future of crypto regulations in the US is going to look like.

They’ve been all over the map so far.

What we do see being talked about is not promising. If you’re a US citizen holding on to a good portion of your wealth in crypto, you could quickly be facing a very costly situation.

Which is why, if you’re a US citizen, I strongly suggest getting a second passport as a backup strategy.

There’s also something paradoxical about thinking the US is the best place to use cryptocurrency. If you’re in crypto, it’s likely because you don’t trust the system and you want an alternative. The United States is the ultimate epitome of that system.

It is the Federal Reserve.

It’s all this stuff that crypto is against. 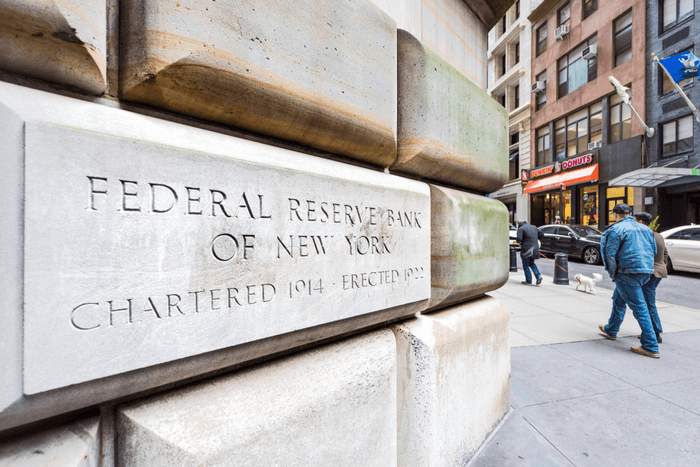 The Federal Reserve and the US government represent all the regulation that you want to avoid with cryptocurrencies.

Other people might feel differently, but I’m just saying that I don’t want to be involved in a country that’s so much like “The Man” if my goal is being in crypto.

I wouldn’t suggest going to the US for the lure of cheap prices.

Similarly, I’ve also been told that Venezuela could be great because the government is subsidizing energy prices.

I personally don’t want to take on all the risks that come with getting into bed with communist regimes – both on a business and a personal front. I think that Venezuela is going to cause some people problems with their passports in the coming years depending on what happens in the country now.

Overall, cheap energy just isn’t worth the risk to a global strategy. 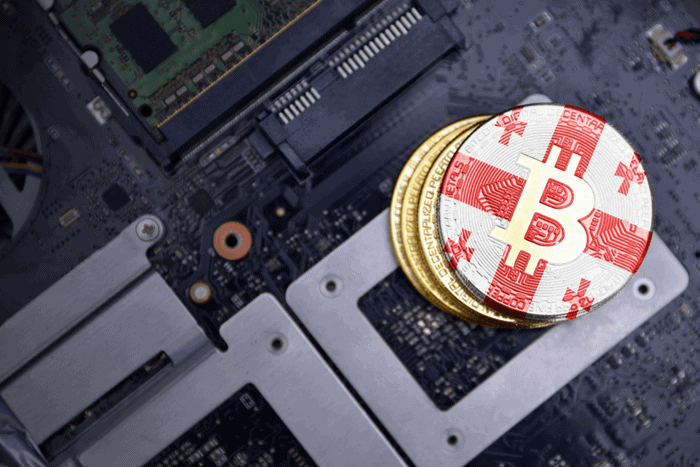 Electricity prices in Georgia are very low and the government is very pro-crypto. The only downside is that banks in Georgia won’t take crypto.

We talk quite a bit about Georgia here at Nomad Capitalist. There are all kinds of great opportunities there.

I met someone earlier this summer in Georgia running a large scale crypto mining operation. He was a US guy who was getting his second passport with the goal to become an expatriate because being tied to the US wasn’t helping him. He had actually taken my advice.

He had decided he wanted to live and set up his business in Europe. He picked Georgia because there were lower electricity prices and a super pro-business government. In fact, the government is so blockchain-friendly that they’re moving their records onto it.

The only problem is that, while banks in Georgia are relatively easy to deal with in general, they aren’t very friendly to Bitcoin, or any kind of crypto.

This is a big problem if you’re looking to build a Nomad Capitalist lifestyle. While there are many places where it’s easy to set up a cryptocurrency company or mining operation, finding a bank that will allow you to tie in a crypto account is an entirely different matter.

Nomad Capitalists regularly have to interact with institutions like embassies for a variety of different reasons. They might be working to get a second passport or picking up a visa so they can travel to the next country in their strategy.

These institutions are much more likely to work with you if you have a normal bank account with a steady cash flow.

Being involved in cryptocurrencies means that you will need to have fiat money in your account. We’ve worked with clients who had no money in the bank which made our entire process far more complicated than it needed to be.

If you’re thinking about Georgia as a decent option for mining, do not plan on using Georgian banks to convert crypto into fiat currency. You’ll need to find another option. 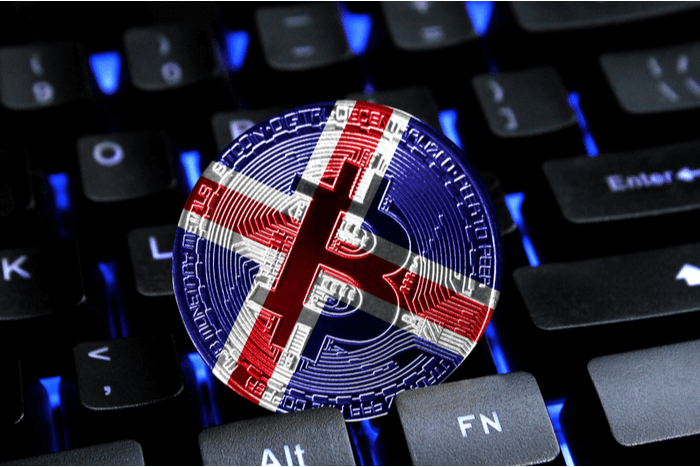 Though electricity prices are much higher, Iceland has long has long been one of the best places to host a website.

I like the idea of starting off in Georgia, but Iceland is another country in Europe with opportunities.

Now, obviously Iceland has much higher energy expenses than Georgia, but it’s a very interesting place. I like the geothermal energy. Iceland is the best place to host a website because they’re not in the EU and don’t really play by the same set of rules or have to deal with all the nanny state stuff going on.

While it’s a really expensive place to live, Iceland has been very open to people coming and taking advantage of their surplus of energy. Not at all a bad opportunity to take if you’re looking to do some mining.

Iceland is also a bastion for freedom of speech and all the things that crypto investors stand for. 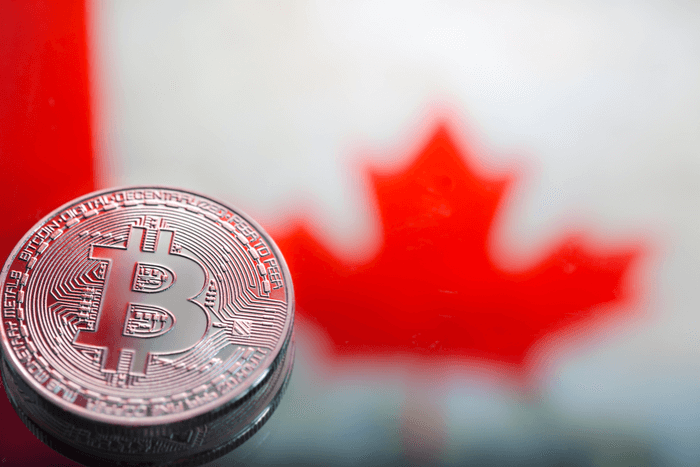 While there are many things about Canada that make it an interesting option for crypto mining, it is too close to the US for my liking.

The last country that I’ve discussed with some of my crypto friends is Canada.

Canada is the wild card for me because it has some elements of places like Iceland; it’s somewhat independent and has a large source of cheap energy. It’s up there in the north and it’s just wide open.

Looking at the country, you might think that the government could potentially be open to the idea of cryptocurrency. You might be able to build a mining operation like what you could create in Georgia or Iceland.

But, the problem is the closeness of Canada and the US. There’s just too much influence, too much copycatting for me to feel comfortable there in the long run. Like the US, I’m worried that cheap energy might be a lure into a future problem.

Time will tell if Canada will eventually be a great or worrying investment for crypto mining.

My strategy for business and for life in general is to be tied to smaller countries. If I look at a big country, I can see a lot of potential for things to go wrong.

I’ve had people mention Russia as a potential, which is interesting, but my fear is that it’s too slow moving, too big, too top-down.

But smaller countries like Georgia and Iceland are more independent. They’re more focused on doing their own thing. They have a bigger need to pull in business and investment and are more willing to cater to up-and-coming opportunities.

If you take a look at the countries that are pro-crypto, you find plenty of small countries looking to move forward:

These are tiny little countries that are going to have an edge in the crypto market as we go into the future.

There are some wildcards in this market, places that you might find will work better for you. There are also definitely places like the US that you’re going to want to avoid when you’re doing your crypto business, either because they’re terrible now or have a big chance of becoming so later.