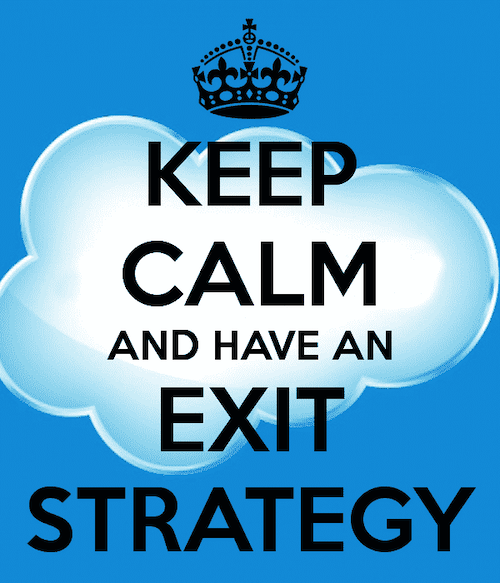 An increasing number of people are coming to the conclusion that their home countries (particularly the US, EU and Canada) are in decline. More and more, such people are deciding to seek greener pastures elsewhere in the world.

Many of them have never “left home” before and are very unsure of how they should prioritize an exit.

Since International Man feature writer Jeff Thomas has for decades been advising those expatriating, we’ve asked him to weigh in on the topic.

International Man: If you could tell those who are planning to expatriate only one thing, what would it be?

International Man: Investment advisors often suggest that investors salt away a portion of their wealth in another country – say, 10%. Is that sufficient?

Jeff Thomas: That would be prudent in times of prosperity; however, when your home country is heading toward a cliff economically, politically and socially, you’d be wise to put a very different number on it.

Imagine that you live in a large motorhome. It has, within it, all your possessions. The weatherman on television says that a massive tornado is headed directly for where you live and will arrive in twenty-four hours.

Would you load up the motorhome with only a few possessions, take 10% of your money from your home safe and drive to a safer neighbourhood? Or would you say, “I don’t want to save a portion of what I own. I want to save everything I own.” If you were to decide the latter, you’d pack up the motorhome and drive as far as you had to, to escape the storm.

Well, a major crisis like the one we’re heading into is much the same. Your bank accounts are at risk, because the banks now have the legal right to confiscate your deposits.

Your pension is at risk, because laws have been passed to allow governments to require that they be invested in Treasuries. Any precious metals you may have are at risk, because the last time an economic calamity of these proportions occurred, gold was made illegal to own. Your home is at risk, because the countries in question are heading in a collectivist direction, which means that private property may be nationalised or otherwise confiscated.

International Man: That covers the bulk of anyone’s possessions, but unlike a motorhome, you can’t conveniently pack it up and drive to safety.

Jeff Thomas: No, but you want to do the equivalent, if you possibly can. This means that, if possible, you sell your home while it still has value. If you like living there, you might just lease it back from the new owner, but you’d want to have it out of your name and to have liquidated your investment in it.

You’d sell any other property you could and expatriate the proceeds to the safest jurisdiction you could find that’s relatively near you. In Asia, that might mean Singapore. In the US, it might be the Cayman Islands. In Europe, it might be Switzerland.

If possible, you’d arrange not to receive the funds yourself. The buyer would wire the money straight to your overseas account. You’d do the same with any money that you had in banks, keeping only that amount that you’d need for operating expenses – say, three months’ worth in your local bank – so that you’d still have the convenience of a chequeing account or ATM.

International Man: But aren’t overseas banks becoming just as unreliable as banks in, say, the US? Wouldn’t that just be out of the pan and into the fire, except that the fire is farther away?

Jeff Thomas: In many cases, yes. Even well-run banks overseas will be hit hard in a crisis, so banks will become one of the poorest choices as places to store wealth in the near future. So, you’d want to pick a non-banking institution. Non-banking depositories pay no interest and therefore do not report to government agencies. Since they also don’t loan out your wealth, it remains right where you put it, even during a crisis.

International Man: What about the number two priority: getting yourself out?

Jeff Thomas: Well, right now, that’s quite easy, but that will change over time. At present, most countries in the world welcome North Americans and Europeans. But that will change once an economic crisis has begun. They’ll be pulling in the welcome mat. So, the sooner you provide yourself with legal residence in another country plus a suitable residence (even if it’s rented), the greater your certainty of freedom.

At that point, you’d be able to remain in your home country, and when the crisis nears your doorstep, you can simply pack a bag, go to the airport and be in your destination-country the same day.

International Man: How do you know when it’s time to leave?

Jeff Thomas: I’m afraid that there’s no definitive answer to that. In Nazi Germany, the time to leave would have been before Kristallnacht, which occurred without warning on 9 November 1938. After that, for many people, it was too late.

There’s an old investment saying: “Better a year too early than a day too late.” In my belief, time is growing short. Our “1938” may have already begun. And remember, preparation takes time, if it’s to be done well. If done in a last-minute panic, things are likely to go wrong. In addition, new capital controls are being implemented – always without warning. So, the sooner, the better.

International Man: Should those expatriating move to where they have moved their wealth, to be as close as possible to it?

Jeff Thomas: If they’ve chosen one of the best countries for storage of wealth, that shouldn’t be necessary, but the closer you can be, the handier it is to do transactions.

Each of the countries I’ve mentioned is costly to live in. You may wish to live in a country that’s less expensive, even though it might not be a reliable country in which to store wealth. You might keep your wealth in Singapore but choose to live in Thailand, which is very inexpensive and, in the northern provinces, a very peaceful place, where you’d be treated well by the locals.

You should always seek out a country to live in, where you think you could find a life that suits you. It may be different from your home country, but still, it works for you.

International Man: Is there any “best” country out there in which to live?

Jeff Thomas: No, it really does come down to personal preference. I live multi-nationally each year, and even then, I continue to travel, seeking places that suit me.

It’s important to say that there are no guarantees with any of this – there are only degrees of likelihood. In a crisis, conditions change quickly and dramatically. The goal is to not be the low-hanging fruit. If you’re now located in a country that’s at risk, get as far away from it as is necessary to gain as much safety and freedom as you can.

Above all, diminish the odds of becoming a casualty.

Editor’s Note: The economic trajectory is troubling. Unfortunately, there’s little any individual can practically do to change the course of these trends in motion.