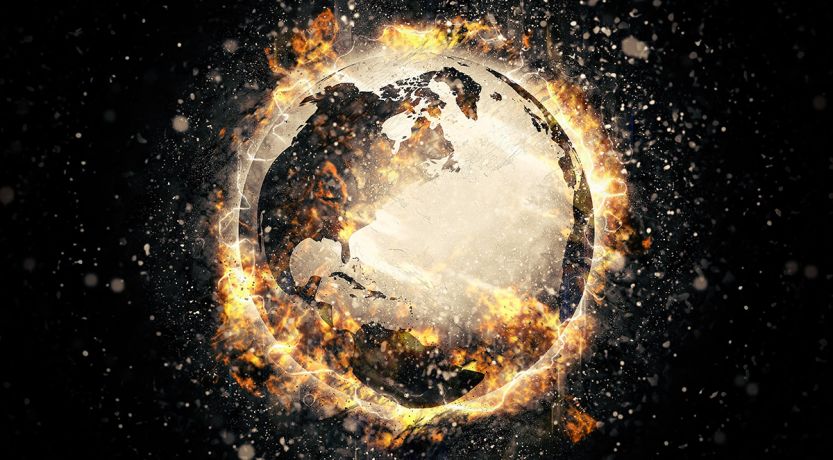 Doug Casey’s Note: There aren’t too many newsletters that I can recommend wholeheartedly. Chris MacIntosh’s is one of the few. It covers the entire investment waterfront, it’s thoughtful and well-written.

Let me add I’m completely on the same page with Chris and his views. I urge you to read what he has to say.

After working for many top-tier investment banks, Chris left the corporate world. He has since built and sold multiple million-dollar businesses, built a VC firm allocating $35m into early-stage ventures, and become a full-time trader.

He now manages money for clients of Glenorchy Capital; a macro focused hedge fund. Chris is the founder of Capitalist Exploits, with its flagship investment subscription letter called Insider.

Alright, let’s get into our discussion.

Chris, the government’s response to Covid-19 has unleashed an unprecedented amount of economic destruction around the world.

In the US alone, tens of millions of people are now unemployed. The government-ordered shutdowns have decimated many businesses. The Fed has printed more money out of thin air in just the last couple of months than it has for its entire 107-year existence.

From your perspective, what’s going on here, and what trends do you see taking shape?

Chris MacIntosh: There is quite a bit to unpack on that.

If we go back to before the global lockdowns began in February, Western governments were in debt to an extent where it would have been impossible to repay. That’s just a fact that can be proven with mathematical certainty.

So, we went into this crisis—and this is not a crisis, as it is currently being portrayed as an existential threat. For anybody who looks at the data, you can understand that this is largely a big “nothing burger” for what the virus itself is.

What’s a bigger issue, is the debts that were accumulated before the virus. And those debts now have been blown to sky-high proportions—with an intent to “solve the virus problem.”

So, this is really just a government-led crisis. And I think it’s a crisis in repaying those debts, which they’re now attempting to do. What is almost certainly going to happen is they’re going to blame the corona crisis for their ineptitude that existed well before this came along.

So, what’s going on here is a blow-off top in debt.

Both of those scenarios lead us down a path that is quite extraordinary—not just in our lifetimes, but in terms of probably the next 150 years.

The setup that we have today is nothing short of revolutionary.

So, this is a blow-off top in government debt. It will be an incredibly chaotic period.

We believe that there will be an extraordinary shift of capital from the West to the East. That’s not just capital as in cash, but intellectual capital, too.

Much as our parents did in their generation, if you lived in any developing country, you moved to the West, to Europe, Canada, or to the United States. You moved to these countries, which had relative personal and economic freedoms.

And that’s all changing. I started noticing this change about ten years ago.

There have been moves towards Asia and to Eastern Europe.

Unfortunately, it’s going to be an extremely chaotic period that will bring a lot of hardship to much of the world. It’s all being led by governments and their power grab.

International Man: After the 2008 financial crisis, governments around the world seemingly were able to paper over the problem by printing enormous amounts of money.

What has changed since then, and how do you see this playing out?

Chris MacIntosh: Well, post-2008 financial crisis, the “solution” to the problem was an extension of credit by the banking system.

What it allowed banks to do was to repair their balance sheets. The capital largely flowed into real estate, bonds, and stocks.

So, when people say we’ve had a deflationary period, all you need to do is bring up various asset classes and sector by sector. What you’ll notice is that we’ve had extraordinary inflation. It’s just been in financial assets.

It’s been in bonds. It’s been in the equity markets, and it’s been in real estate. But it never went into things like SME loans—small to medium enterprises.

It certainly didn’t make its way to Main Street.

Now, this has just exacerbated inequalities, which is partly why we’re seeing unrest taking place. This isn’t unique to the United States. This has been taking place in Europe, as well.

So, what’s changed, and how does that play out?

Firstly, it changes the sectors into which capital flows. When you do fiscal policy, it typically includes the building out of infrastructure and things of that nature, and you can’t build infrastructure without the commodities required for that.

That’s a slower process. It’s slower simply because governments have to get all sorts of working bodies and a bunch of point issues in order to decide which committee does what and how.

Finally, the capital gets spent on building bridges to nowhere. That takes a bit of time. On the other hand, UBI can be delivered instantly and goes directly into the hands of the consumer.

The outcome of this is extraordinary stagflation, for two reasons.

One is, when you put capital into the hands of individuals, it dis-incentivizes them to be productive. We’re already seeing this, with people saying, “Well, why should I go to work? I earn more money sitting at home on my ass than I do at work.”

So, you could say, “Well, that just replaces their income.” And then, there’s still demand.

If you think that you’re getting it for a short period, as is currently the case, you will hoard it. You’ll save it because you go, “I don’t know when I might need this, and if I can’t get a job in two months, then I’m going to be a bit more hesitant to spend it.”

On the other hand, if you think that it’s going to be never-ending, you could argue that it then replaces income in terms of how you view it with respect to demand.

The problem with that—which most economists and financial analysts seem to be missing—is you’re simultaneously destroying productivity.

So, what you get very quickly is a supply shortage in all sorts of things and at the same time that you’re increasing the amount of money supply. That’s stagflation writ large.

This is going into an environment where the asset classes that would benefit from the stagflationary perspective have been decimated.

We were seeing lows in these commodities on a relative basis that go back to 70 or 80 years. So, the asymmetry in it is quite extraordinary.

International Man: What do you think will happen to the US dollar?

The US dollar is a disaster, but at this point in time, it’s still the reserve currency of the world.

It makes up 87% of global transactions within the foreign exchange markets. In fact, it makes up more today than it did in 2008.

So, the dependence on the US dollar has increased while they’ve been destroying their balance sheet.

And you can say, “How is that possible?”

As bad and as egregious as they’ve been, the ECB and the Bank of Japan—which are the two main contenders—have been even crazier.

One of the issues I have with US-based fund managers is that they tend to be very US-centric. They’ll look at the US balance sheet, and they go, “Bloody hell. These guys are completely nuts.”

And I agree with them. What they’re often failing to look at is the world in context. In that world context, we have a couple of issues.

One is, as I mentioned, the ECB (European Central Bank) and the Bank of Japan are worse than the US.

You have this situation where the ECB doesn’t have a federal system as the US does. So, to hold that ball of wax together is much more difficult.

Hence, we’re bearish on the euro. The euro makes up roughly 50% of the dollar index.

When you look at the US dollar index, and you say, “Well, it’s declining.”

Everybody’s been screaming for the end of the US dollar because the dollar index broke a technical pattern. Now, if you bring up the ADXY—which is the Asian dollar index—the US dollar is flat against it.

If you bring that up against emerging market currencies, the US dollar is up.

The only place that the US dollar is down—is against the euro. That’s mostly been a consequence of bullshitting by mainstream media about “a European recovery.”

And when that fails to materialize, as it will, I think we’re in for some trouble.

The other thing that makes us, in the shorter term, bullish on the US dollar, is that emerging markets are in a world of hurt.

As governments have locked down, they’re not in a liquidity issue. They’re in a solvency issue.

There are over 50 countries that I’ve targeted that have applied to the IMF for debt relief. These are emerging market countries.

I’m not saying that’s definitely going to happen. But what I’m saying is that the probability of it happening is greater than it’s ever been in my career.

That in itself is extraordinarily US dollar bullish.

Now, does that mean, “Oh, you’re dollar-bullish? You shouldn’t be buying gold.” No.

In the world of currencies, that is what I believe is the most probabilistic—and it’s undoubtedly the most asymmetric trade at this point.

Against all other hard assets, gold is an absolute no-brainer to me. All currencies are going to decline against hard assets.

Ultimately, the US dollar will go away, and it’s going to be a very difficult and chaotic process. And the reason for that is there is no alternative at this point in time. There just isn’t.

Editor’s Note: The government-led crisis is already underway. A dangerous combination of sky-high debt, endless money printing, and significant cultural and social shifts are sweeping through the West.

That’s precisely why Chris is releasing his urgent new report titled What Happens Next.

In it, he explains these evolving trends, how they intersect, and what they mean for the future of personal and economic freedom. Click here to download the free PDF report now.