On Independence and Freedom 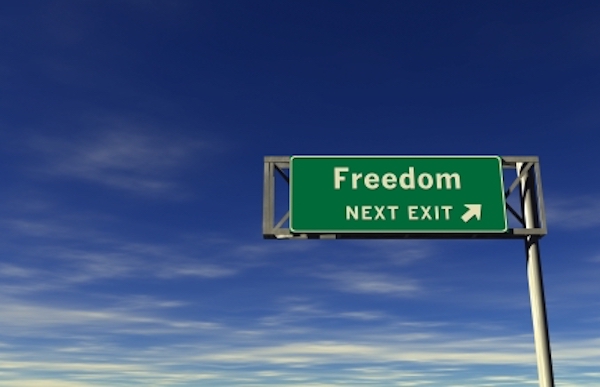 To be free is wonderful. To be really free is fantastic. Yet, most people on this planet do not enjoy freedom. So many billions live in dire conditions, under socialism, communism, in the EUSSR (the EU, as political project, is increasingly becoming like the Soviet Union), under democracies with almost no personal freedom left, with no freedom of expression (unless you are a radical leftist) and no real freedom of thought.

A large majority of people live in denial. Live under oppression. Live in so-called democracies that suck every little bit of freedom out of them. Every year their governments take a bit more of their money.  If their so-called democracy and “elected” governments do not finish the job, their spouses will, and if their spouses do not guarantee total submission, their religion, culture, and societal norms will. They are not free spirits. They are subjects. They bow to whatever or whoever bosses them around. And for every time they bend the rules or norms, punishment awaits. Modern slaves.

People who have experienced imprisonment usually value freedom to the maximum after being released. I have several friends that have spent time in jail! All of them were innocent. This banker friend, for example, did 6.5 years simply because his bank lost the confidence of depositors and he had no FED nor ECB for help. He’s been out and free for years, and still enjoys every bit of air, sun and space he can get. And he feels rich and blessed.

Most people with whom I discuss these concepts think my views are unrealistic. They claim they never had the possibility to set themselves free. To break out. To stop with whatever they were doing for whomever they were doing it for. Usually for a lousy salary.

Yet freedom starts in the space between people’s ears and in their hearts. If you think that you can set yourself free by enslaving or prostituting yourself first, you will most certainly end up frustrated. Better to be a small boss than to become a big employee, my mother used to say.

At the beginning of my career I used to work for a large bank. They paid a lousy salary and I knew I had nothing to lose. Even when I started to make “career”, and the board identified me as having “high potential”, I knew I did not want to get to retirement working for that bank. I had nothing to lose: the lease car and the reduction of 1% on the mortgage were insignificant. Most of my colleagues at the time had too high mortgages and gave the impression they had everything to lose. The bravest thing they could say on occasion to their superiors was: “although I agree with you, couldn’t it also be that … (followed by something insignificant)”. One day I wrote a letter to the chairman of the board actually saying that he only had “yes men” working in his organisation and I was set free (with a golden handshake).

I suffer from a mild muscular dystrophy that has made me dependent on electric wheelchairs and personal assistance 24/7/365. Staying in Holland 20 years ago would have given me the security that the State would provide for everything that I needed to cope with my disability. The disadvantage, other than the horrible climate, would be that I would have to deal with government employees. Having to be nice to them to get something done and being obliged to say thanks was unbearable. I hate public servants and I hate government: for nothing good can ever come from them. I therefore chose to move to this “third world” country where I would not have to deal with these. Everything I needed I would have to organise and pay for myself.

I chose not to be subjected to submission. Instead I chose independence. I chose freedom and feel great having taken this decision. I never aspired to be enslaved. To become submissive. To lose myself.