New Government Restrictions Only 2020 Made Possible

By all counts, 2020 has been an interesting year.

If a global pandemic and economic shutdowns were not enough, many governments have taken to limiting the freedom of movement of their citizens in more ways than one.

I recently came across an article that reveals how one country is even limiting its citizens’ right to invest overseas.

There is no doubt that all the chaos going on in the world has led to some unintended consequences, making it harder for people to be free to explore other options and go where they are treated best.

That is… if they were not prepared beforehand.

In this article, we will discuss some of the ways that governments have recently limited their citizens’ freedoms, how this affects you, and why it is so important for you to diversify by having a backup plan and being prepared to go where you’re treated best.

This year, we’ve seen how only having one passport proved problematic for citizens whose home country didn’t handle the pandemic well. If your country’s response was not to the liking of other countries, then you simply could not travel.

Owning property or being a resident of another country was not enough to ensure that you could travel to another country. That’s because, if you are not a citizen of a country, you have no guaranteed right to get into that country.

This is why having at least two, and potentially even multiple citizenships is not a bad idea. You’ve got a place to go if your original country of citizenship descends into chaos or becomes a financial nightmare. You can choose to be a citizen of two countries, or at some point, get rid of one of those if it no longer serves you.

Other travel restrictions have kept people from going overseas to do things like open bank accounts, invest, and do business.

I’ve been working with some of our lawyers around the world to allow bank accounts that require physical presence to be opened through power of attorney. But not every bank will allow that, therefore, not every investment opportunity is open to you now.

In Cambodia, for example, if you’re buying a property, you must be present and put your fingerprint on the title. You’ve got to be there.

Some countries have placed travel bans. Countries like Australia have closed down and said that if you’re a citizen, you simply can’t leave.

The US government is the perfect example of the kind of government restrictions only 2020 could make possible. Ever since the pandemic hit, it has been harder than ever to renounce your US citizenship because embassies and consulates simply will not make appointments.

And the ones they do make are generally canceled.

So, if you’ve wanted to expatriate from the United States for good – whether that’s for the oft-touted tax reasons or whether you’re just someone like me who realized the country is heading in the wrong direction and you want a sense of peace being away from this – frankly, you can’t.

But here’s where the government restrictions coming out of 2020 have become even more alarming.

I came across this article the other day in Cambodia, in the Phnom Penh Post: Vietnam sets new rules for individual overseas real estate investments.

According to the article, individuals will no longer be allowed to invest in real estate abroad if a new draft decree issued by the Ministry of Planning and Investment is approved.

The regulation is aimed at preventing individuals from investing in real estate in foreign countries for the purpose of obtaining citizenship. But Vietnam does not want its citizens to have a second citizenship.

Certainly, there are many countries that don’t allow dual citizenship, but the general trend is towards allowing it. But to introduce broad government restrictions that make it illegal to invest in real estate overseas? That’s new.

If Vietnam is not your home country, it’s easy to think that this is simply what’s happening somewhere else. But this is happening all over the world, just in different ways. Some countries increase the cost to renounce your citizenship, while others create laws that foreigners cannot own property in their country.

Vietnam is approaching it by legislating that if you live there, you’re forbidden to own real estate overseas.

You can’t have a Plan B.

Their stated purpose is because people are buying real estate in places like Turkey, St. Kitts, and Latvia to get a residence permit or to work towards citizenship.

Vietnam doesn’t like the idea of their people being dual citizens, so rather than accept the global nature of the future, they are imposing more government restrictions.

Why Vietnam Concerns You 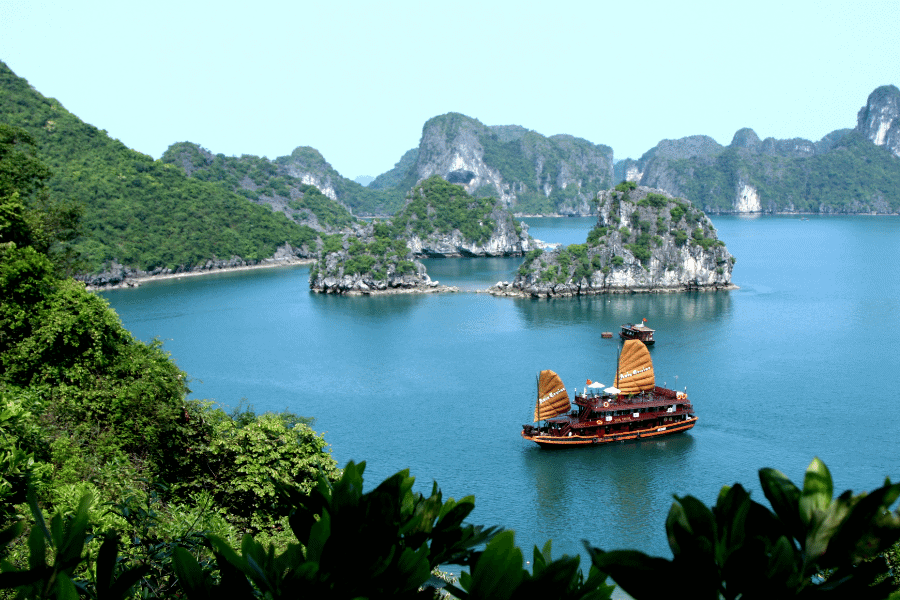 Why should you be concerned about what’s happening in a place like Vietnam? Because it’s happening everywhere else too.

Here’s why I find this Vietnam case particularly concerning as someone who lives the Nomad Capitalist lifestyle – not as a guy who sells this to people, not as some Belgian guy who sits in an air-conditioned office in Dubai selling Indian immigrants passports with pictures of beaches, but as someone who has actually done this.

You have likely gone on vacation somewhere and enjoyed it. That’s great. But if you never committed the time to live somewhere else, when a year like 2020 hits, you did not and will not have a specific place where you can go. If you have not put in the time to build a life overseas, it is almost impossible to visualize what it would look like.

And that makes it harder to achieve, especially in times of crisis.

Emotionally, I totally understand. If you don’t know that you’re going to the beach house in Portugal and that you have the nice fluffy towels and the pool is ready and you know who to call to turn the cable on, then you’re less likely to leave your current country of citizenship when things are turning bad.

That is why you need to prepare now.

The government is going to make it more and more difficult for you to leave. Especially as a seven- or eight-figure entrepreneur, they don’t want you to leave. Generally, when you leave, you take your money, or at least part of it, with you.

They certainly can’t control you anymore.

Freedom in the West is going down. You have a target on your back now if you’re wealthy. Not just if you’re in the U.S., Canada, or Australia. Now, countries like Spain and other European countries are coming out and requiring the wealthy to be responsible for significant portions of the country’s costs. It’s populism when successful people bear the brunt of everything.

And now, they’re going to say that you can’t take the money that you’ve earned – even after they’ve taxed the heck out of it – you can’t even take that money to buy a property overseas. Certainly not to get citizenship, but not even to have another place where you can go to live and feel comfortable leaving this country once you’ve been used and abused.

You’re going to see more of this.

The New Norm of Government Restrictions

I’m not a doom and gloom guy. I’m not a conspiracy, go live in a bunk and store seeds guy. But I see what governments are doing and I’ve looked at this for years.

I don’t like to talk about negativity. I like to live in my nice, clean, very tax-friendly, happy world of freedom. But I’m telling you, if you are in one boat – if all of your eggs are in one basket – you’re going to see more of this coming out.

It has happened all around the world and there is always going to be a convenient reason for politicians to create new government restrictions: a pandemic, a health issue, a national emergency, a war, etc.

I’m not trying to diminish the effects of some of the things that happen, but I realize that governments like to cling to excuses.

I’m working. My team is working. We’ve worked from home for several months.

So, this idea that nobody can process two pieces of paper in an embassy for passports is ridiculous. It’s because they don’t want to. They want you to stay. They want to control you. And they want to take more of your money.

This is why I’ve said to have a Plan B. I have Plan B, C, and D for myself which is why I feel comfortable.

I’m sharing this with you, not because I like to dwell on the negativity (because quite frankly, I don’t) but because I feel it’s important that you know some of the methods governments are using to come after you and make it harder for you to have a backup plan.

If you want to create a holistic Plan B for yourself, your family, your business, your investments, your lifestyle, and more, feel free to reach out to our team. We are dedicated to helping those who are ready to take action to find greater peace in their life (even in 2020) by following my five magic words to “go where you’re treated best.”