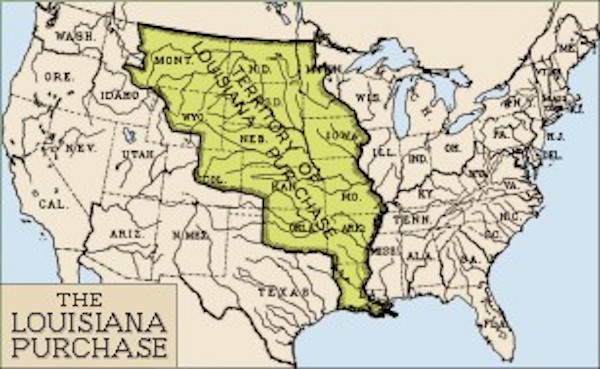 Like waves on the ocean, countries tend to go through economic cycles.

In a macro cycle, a nation begins to thrive economically, when the people of that country adhere to a strong work ethic. They invest their money and toil into the economy, make a profit, then either save, purchase goods, reinvest, or a combination of the three.

But this never lasts forever. The eternal fly in the ointment is that governments seek continually to increase their control over others.

First, they focus on the increased control of their own people through regulations, but invariably, they see the opportunity for broader control, through the domination of other nations. They then invade those nations.

Warfare is the costliest venture that nations enter into, and as such, it’s almost always a mistake. But the zeal to have greater power often brushes that fact aside, and leaders choose to invade other nations.

In almost every instance, they fail to underestimate the resistance from the invaded nation, and very quickly, the cost of the warfare doubles and redoubles, over and over again.

Invariably, the leaders then borrow money to keep the war going. Sometimes, they achieve victory in this manner, but more often than not, they fail. They find that the day comes when they must either sell off major assets to pay their debt, or face economic collapse.

Case in point: In 1800, Spain was the dominant empire of the world, having successfully colonized South and Central America and stripped them of a fortune in gold and silver over the course of three centuries – from 1500 to 1800.

But despite this, decades of war with other European powers left Spain broke. Charles III did what leaders always do – he borrowed heavily and debased the currency. He issued fiat currency in the form of paper pesos and used this currency to fund the Spanish colony of Louisiana.

This was meant to be a temporary measure, but as time dragged on, the peso steadily lost value, then became utterly worthless.

Charles, with no economic wiggle-room left, sent the ship El Cazador to the Louisiana colony to pay off debts. Unfortunately, El Cazador sank in 1784 in a storm, taking 450,000 pesos in silver coins down with her.

When Carlos IV became king of Spain, there were few good options. Rather than give up his throne, he offered to sell Louisiana to France’s Napoleon.

But as stated above, countries tend to rise and fall in cycles. In 1803, Napoleon found himself in similar straights, as his own warfare/debt condition was also reaching a desperate level.

Napoleon offered Louisiana to US President Thomas Jefferson, and like Napoleon, Mister Jefferson was able to pick up the one million square miles of prime real estate for a song – about three cents an acre.

So, to re-cap, the last-straw event that cost Carlos IV his empire was a simple shipwreck. The final event was minor. What really condemned Spain was warfare and debt.

The last-straw event that cost Napoleon his empire was the Battle of Waterloo. The final event was not the largest of battles. What really condemned France was warfare and debt.

Mister Jefferson was a far wiser man. Since the founding of the United States, he had continually warned against both warfare and debt. Although he twice dealt with war with Britain, he avoided military adventures – the invasion of other countries.

Similarly, he borrowed, but always judiciously and only with the ability for repayment.

Under his leadership, the US thrived and the American people reaped the benefits.

But of course, that was many micro cycles ago. The US is now at the end of its macro cycle, which can be evidenced by its involvement in what has become continual warfare. The US now invades several other countries in each presidential cycle, ensuring that, if any war winds down, there are others still steaming ahead. In recent years, the US has invaded Libya, Syria, Iraq, Afghanistan, Kuwait and Somalia and has “assisted”, or invaded by proxy, in a host of other invasions.

In addition, threats have been issued to North Korea, Turkey, Iran, Venezuela and others that, “Military action is not off the table,” as regards future military adventures.

But the US has a problem that neither Spain nor France had in the nineteenth century. It has no colonies to peddle. The US certainly can’t offer up the Louisiana territory to other nations, to pay its unmanageable debt.

In one sense, the American people can rest easy that the US will not be selling off bits of real estate in a fire sale, when the notes come due. But unfortunately, that very fact means that the only other possible outcome – economic collapse – will occur.

At some point in the near future, America Inc. will almost certainly go bust.

But as always, the world will not come to an end. The assets and wealth of the world will simply change hands, as they have done since time immemorial.

The grand experiment that began in 1776 will come to an end, as all once-great nations do. The US will continue to exist, but as a shadow of its former self, in the manner of the failed empires before it.

When we look back, we may find that the final event that triggers collapse was in fact minor, but was the perennial “last straw.”

Editor’s Note: The amount of money the US government spends on foreign aid, wars, the so-called intelligence community, and other aspects of foreign policy is enormous and ever-growing.

It’s an established trend in motion that is accelerating, and now approaching a breaking point.

That’s precisely why bestselling author Doug Casey just released an urgent new report with his top seven predictions for what comes next. Click here to download the PDF now.