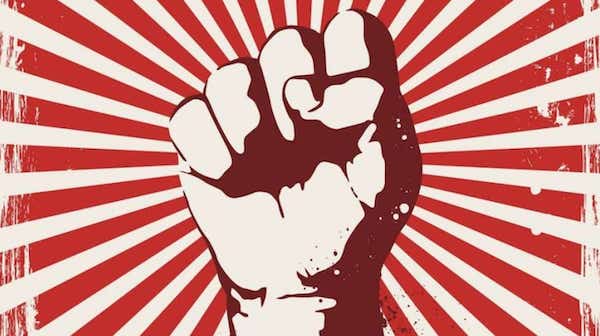 International Man: So-called “Woke” culture and political correctness have spread like wildfire across the West.

What do you think are the ramifications of this?

It’s been with us for at least two generations, educating our children in the West with neo-Marxist ideologies. They’ve simply become more and more egregious. It started with gender studies and feminism studies.

We’re at the point now where we’re having debates around whether two plus two should equal four—because it’s a white supremacist ideal.

It’s the notion that science, technology, engineering, and mathematics, also known as STEM, is a white, male patriarchal construct that should be abolished.

I don’t know about you, but when I drive across a bridge or walk into a building, I’d like to know that mathematics and science have played a part in constructing that.

I don’t want to drive across a bridge built by somebody who won’t acknowledge that two plus two equals four.

So, what are the ramifications? Where do I start?

I had a conversation many years ago, which only came back into my consciousness three or four years ago. I was still about 20 years old at the time. I met a gentleman who said something about how to figure out where our country is going.

He was an asset manager who I just bumped into while doing a hike up Table Mountain.

He said, “If you watch what’s taking place in the universities, if there’s a very strong zeitgeist in one way or the other, watch that. Whatever that zeitgeist is, you’re going to find that, within five to ten years, in the country.”

The reason is that the leaders of the country—the CEOs, the people in management, in politics, in the courts, all come from those universities. If you look at what has been transpiring in the West over the last decade at least, in the universities—it is frightening.

It’s not a surprise now that we find these people are in positions of power. They’re instituting their vision of how the world should work. Their ideology—their zeitgeist—is Marxism. So, this woke culture is just Marxism.

Unfortunately, it is now in the DNA of the West.

As much as I want to believe that we could eliminate that, it starts with the universities and being able to educate a whole new class of people correctly.

When I say correctly, I mean, principles that adhere to civil liberties and the like.

These people don’t believe that at all. So, we’re seeing it now coming into the political landscape and the legal landscape. It’s not good.

The ramifications are that the West is committing suicide.

International Man: What does this cultural shift mean for anyone with savings and wealth?

Because there is this desire to create an equal society, what they call equity, which is really just is a redistribution of wealth. There’s one thing, having the ability to see what sectors can benefit and investing in them. But it would be a tragedy to do that only to find that the Bolsheviks come and take it away from you.

That’s another whole different topic. How any person deals with that is particular to their own set of circumstances.

The first step is to realize that they will come for your savings and your wealth.

Firstly, the savings will be taken away via an inflationary impact. That’s fine; you can protect yourself against that. But certainly, they’re going to come after anybody that is deemed to not be with the revolution.

“We’re all in this together.”

That’s what we’re seeing now with COVID, how we’re all in this together. Well, the hell we are.

How many lockdowns would we have globally if every politician that instituted those lockdowns simultaneously lost all of their income?

This is essentially what they’ve forced many millions of people globally to do. They’ve forced them to lose their income.

But politicians don’t lose their income. They still earn their big fat salaries, their perks, and their travel allowances.

Yet they stand there saying, “We’re all in this together.” We’ve seen this playbook before. It is now coming down the train tracks at breathtaking speed. And you needed to prepare yesterday.

The risks that lie ahead are too big and dangerous to ignore. That’s why contrarian money manager Chris Macintosh just released the most critical report on these trends, What Happens Next. This free special report explains precisely what’s coming down the pike and what it means for your wealth and well-being. Click here to access it now.