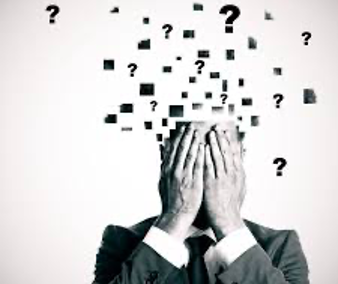 For many years, I’ve described a period that I envisaged to be in the future, in which much of what was considered “normal” would change dramatically.

Much of the wealth in the world would change hands. Enormous fortunes would be made by a few, whilst the life savings of countless others would be lost.

Large numbers of people would be on the move. Many would be refugees, hoping to escape poverty and/or oppressive governments. Others would be opportunists – those who look for the positives in periods of global upset.

Above all, this would be a period of change.

For most people, this would one day be looked back upon as previous generations looked back on the World Wars or the Great Depression – a time of devastation, in which many people lost all or most of what they had had.

But for some, especially those who foresaw the change, this period would one day be looked back upon as the time when their fortunes changed dramatically for the better.

Until recently, those who have predicted this dramatic change have been largely derided as “doom-and-gloomers” or “end-of-the-world crackpots.”

And it has been difficult to argue against this view, as regardless of how accurately we might have described what was headed our way, it was impossible to put a date on the onset of the crisis.

I became convinced of its eventuality in 1999, due to economic and political developments that would result in collapse at some point.

But the speed at which this would occur, and what governments and others would do to delay the eventuality, could not be known in advance. The best I could do was to repeatedly advise that significant events would increase in velocity and magnitude the closer we came to the collapse.

For those who have been following this line of thinking, the basic premise is that the governments of the world, often acting in concert with the major banks and industries, have sought to expand their wealth and power in such a way that, at some point, socio-economic collapse would inevitably occur.

And they’ve succeeded marvelously. For decades, they’ve dramatically increased their positions but have reached the point at which the bill for the big party must be paid, and they have no intention of paying it. It will be passed to the hoi polloi, who will soon realise that it will break many of them.

And they’ll be hopping mad.

So, how should this moment be handled? Historically, the most effective means by which those who have caused the problem can not only get away with it, but profit even more from the collapse, is to create a distraction to take focus away from themselves as the guilty parties.

As any magician knows, there’s no real magic. The trick is achieved through illusion. For a simple magic trick, a small distraction is needed. For a more elaborate trick to be pulled off, a larger distraction is necessary.

But for a worldwide socio-economic collapse to be pulled off, whilst the magicians remain in place to benefit from it, a major distraction is necessary.

In fact, if at all possible, multiple distractions should be employed.

Beginning in the early months of 2020, a virus has spread across the globe.

Actual deaths are few and will occur mostly in those who are old and infirm or whose immune systems are already compromised.

But from the start, this virus was treated as a plague that would decimate the population. Almost immediately, the death figures were greatly exaggerated. The US government even went so far as to award thousands of dollars to hospitals for each death that they attributed to the virus.

Whole countries have been locked down, with millions of people losing their means of employment. In every case, essential freedoms have been removed from all citizens.

At the same time, the death of a minor criminal at the hands of police sparked off a riot in a seemingly unrelated event.

But, courtesy of the media, the riots quickly spread across the US in forty of the fifty states. Incredibly, many mayors and governors stated that the rioters were justified in their unlawful actions and ordered police to stand down, exacerbating the riots.

To make matters worse, it soon became apparent that many of the rioters were bussed into cities, paid to cause as much destruction as possible. The funding for such groups has since been traced to plutocrats who created the problem in the first place.

In some locations, entire hotels in upper-class neighbourhoods have been taken over by state governments to house homeless people, including the criminals, drug addicts and prostitutes.

These events have become so widespread that whole neighbourhoods are emptying out of residents.

The upset and confusion increases each day, and the average person is now afraid to turn on the news each evening.

We’re witnessing a sleight of hand of epic proportions.

We’ve entered the crisis period. From here on in, wealth will be extracted from the populace on a wholesale level. In addition, “inalienable rights” are already becoming a thing of the past.

The uncertainty that the average person is finding himself in is not an illusion, but nor is it an accident.

Those who imagine that the Powers That Be exist to help them in their troubles will be the ones who are most dramatically damaged by this manufactured uncertainty, for they will live in the false hope that the very people who created the problem will come to their aid and save them.

Nothing could be further from the truth. Yet, just as those who are abused often turn to their abuser for protection, we shall see a populace that seeks salvation through a government upon which they bestow more power than before, not less.