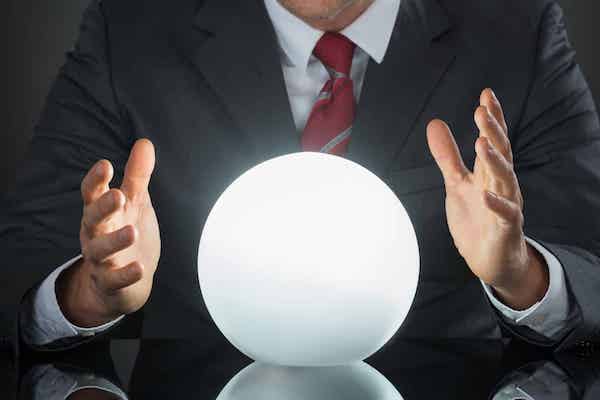 The precious metals market is relatively stable at present, but how about in the midst of an economic crisis? As we get closer to the oncoming crisis, we might want to assess in advance how the market is likely to change. How might we change our present precious metals strategy in order to prepare for a metals market that could have a very different complexion than the present one? We asked International Man feature writer and precious metals advisor, Jeff Thomas, to weigh in.

International Man: Recently, a noted precious metals prognosticator stated that the worst way for an individual to own physical gold is to hold bars, no matter if they are one ounce or ten ounce. He said the best way to hold physical gold is in coins. What’s your take on that?

Jeff Thomas: I’m familiar with that comment and its author. He’s an old-school gold guy, like me. He’d quite correct, if the question he’s answering is, “What form of gold will serve me best in a crisis?”

Generally speaking, I see two primary age groups of gold investors. One is the under-fifty people, who are focusing on gold primarily as a wealth builder. The over-fifty camp tends to focus on gold more as an insurance policy against an economic crisis.

The younger crowd will be attracted to the form of gold that carries the lowest premium. They’ll generally opt for whatever form is available at the moment that’s the closest to spot – making it as inexpensive to take possession of it as possible. And that makes sense from an investment viewpoint.

The older investor has probably owned gold for years and is more conscious of the fact that, at some point, he’ll be selling a major portion of his position. If he’s made the effort to examine the future, he may have figured out that, when the time comes, he may well need to sell fast, and that will mean that he’ll want to be holding whatever form the greatest number of buyers will be seeking. At that time, coins will be easier to sell than bars. Coins will also be easier to sell than rounds. And the better-known coins, such as Eagles and Maple Leafs, will have more potential buyers than, say, Krugerrands or Philharmonics.

And, of course, that’s why those forms carry such high premiums now – because, in a crisis, they’ll be in the greatest demand. So, older, more experienced investors are thinking less of maximizing profit than ensuring maximum flexibility during economic turmoil.

International Man: How does that logic apply to numismatics – collector coins?

Jeff Thomas: The logic is essentially the same. Right now, if you’re a savvy trader of numismatics, you can play the trends and potentially make money doing so. For example, an 1876 US double eagle, which contains just under an ounce of gold, has a melt value of just under $1,300. But, as a collector coin, I saw two of them sell for over $4,000 each not long ago. Now, it’s possible that in an economic crisis, such as is coming our way, there may still be some collectors out there who will be willing to pay that or more. But, if you suddenly need to liquidate and the only buyers are people who just want gold for its intrinsic value and are offering based on spot, you’re going to take a heavy loss.

So, the key here is, never mind the present. That’s not where your problems lay. Your problems will arise during a crisis, so you need to be thinking “crisis conditions.” The mere fact that you own gold provides you with an insurance policy, now. So, focus on covering yourself as much as possible in the future.

Jeff Thomas: No, not necessarily, but I’m glad you asked that, as I haven’t always followed my own premise. Back in the ’70s, I was working in London and buying bars from Johnson-Matthey in Hatton Garden, because, as a young man, I hadn’t really thought it through. By the ’80s, I was buying Krugerrands, because they were recognisable and they were one-ounce coins. Later, Maples became more popular than Krugers, so I started buying them instead. In the early 2000s, I knew that gold was headed dramatically north, so I bought all I could, in whatever form was being offered. At one point, I went against what I’ve just described and bought out a collection of ten-ounce bars. Later still, Eagles became quite popular, and, for some time, I’ve bought nothing but Eagles.

Sometimes you grab a bargain, when you stumble on it. But, always, you maintain a major portion of your position in whatever form you can liquidate quickly.

International Man: How do you determine what percentage that would be?

Jeff Thomas: Take a guess as to how much money you’d need to change your situation to a more tenable one if currencies were to collapse or there were significant commodity shortages and/or civil unrest in your country. How much cash would you need to bail yourself out? That’s how much gold you’d want to keep in as liquid a form as possible. Of course, if you get the chance, you’d still choose to unload the bars first, but you may not have a choice. You may have to sell the one-ounce coins, because that’s what somebody else is offering to buy.

International Man: Are you concerned that, if the US dollar craters, the Eagle might be discounted as well, similar to OPM and Elemetal bars selling below spot due to the scandal around Republic?

Jeff Thomas: Well, first, OPM and Elemetal are companies, not national mints. In a crisis, the products of national mints will float to the top in demand. Credibility will be much more important than whether a coin has an unusual engraving.

As to the dollar, it’s presently riding high compared to other currencies, but, as you know, I look upon the dollar as being the best-looking horse in the glue factory. It will be the last currency to go south, but it will collapse, nonetheless. When that happens, buyers will be in a panic over the fact that the economic system just dropped out from under them. Don’t forget what that does to people. At such a time, they forget all about speculation and go for safety. At that point, they’ll seek out gold in its most recognizable forms, regardless of whether the country whose mint created it is in trouble.

International Man: In that sort of panic environment, do you see gold selling for $100 over spot? $200? More?

Jeff Thomas: Oh, yes – definitely. It won’t happen at first. After a market collapse, people will be in shock and not know what to do. Then gold will begin to rise. The more it rises, the more people will flock to it, until it develops into a gold mania. The “newbies” who don’t truly understand gold, will pour in, chasing the market in the same way they chased the stock and bond markets prior to their fall. They won’t understand why gold is rising, so they’ll pay whatever premium they have to, to buy more.

Meantime, those who hold gold will be reluctant to sell and it will take higher and higher premiums over spot to get them to let go of what they have. By the time we’re in the $5,000 range, we’ll be looking at the same craziness as the Tulip Mania in the seventeenth century – premiums will vary crazily.

International Man: Do you have a sense for how far the spot price might rise or what the highest level of premium might be that some people will pay?

It would be unwise to attempt to guess at how all that will play out. We’ll have to watch it as it goes; the world economy will be a grab-bag of surprises.

As to the height of premiums, I wouldn’t hazard a guess. It will depend upon the level of panic. But I expect that there will come a point at which we’ll all shake our heads in disbelief at the extremes some buyers will go to.

Bear in mind that it always plays out this way. No major bull market ever ends with a whimper. It always ends with a major upside spike. The gold mania will be no different. The objective will be to remain calm as it plays out, wait until prices are beyond the intrinsic value, then sell much of your position.

It will be a real rollercoaster ride, and, before it’s over, we’ll all see some developments that we never anticipated.

International Man: One last question: Do you follow the dailies closely to guide your moves, regarding gold?

Jeff Thomas: No, not really. I do have a widget on my computer screen that keeps me updated each day, but I don’t react to the dailies. If gold creeps up to $1,400, that doesn’t get me rubbing my hands with glee. And, by the same token, if the bullion banks then slap down gold to $1,300, that doesn’t concern me either.

I’ve been buying gold since the ’70s but haven’t sold an ounce since the early ’80s.

It’s a long game, as far as I’m concerned. I don’t have the aptitude to be a trader. I strongly believe that gold will rise in the coming crisis, as it has always done, for over 5,000 years. When it reaches bubble territory, I’ll sell quite a bit. In the meantime, whether it goes up or down a hundred dollars is immaterial to me. I’ve never been concerned with squeezing the last dollar out of the market. My only reason for possessing wealth is to be comfortable and free from worry. My position in gold is a major contributor to that.