Living in the Roach Motel 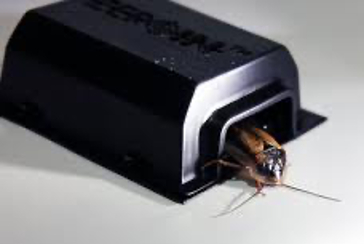 Roach motels are a marvellous invention, as far as humans are concerned. The roaches can check in, but they can never check out.

In our formative years, we were led to believe that governments exist to serve the people, but as we matured, we (hopefully) came to realise that this is not at all the case.

Governments by their very nature, are parasitic. They produce nothing and live off wealth created by the electorate. In order to advance themselves, they learn to squeeze the people as much as they can get away with, with the claim that they will then redistribute the wealth. But, as we know, their real goal is to use as much of that wealth as possible to increase their own wealth and power.

They do their best to create rhetoric that implies that one political party or another is quite guilty of this, whilst they (and their political party) are entirely innocent.

But the sad fact is that all political parties, in the end, are equally guilty of the desire to grab all they can, while they can, and why not? After all, the subjugation and sheering of the sheep is their life’s blood.

But there is that one caveat mentioned above: “as much as they can get away with.”

A strong electorate will resist the attempts of politicians to tax them. And this is a never-ending task. The electorate must never become complacent, because politicians never will. They will be unrelenting, in every administration. Their primary purpose will be to introduce new measures that will diminish the retention of wealth amongst the electorate. After all, it’s their full-time job.

In a major decline, such as we’re witnessing in most of the former Free World, people have begun to do what they always do when their government has overreached. They begin to leave.

At first, a government is likely to wash its hands of those who choose to seek greener pastures in other countries, but it soon becomes apparent that people tend to leave from the top down – those who contribute the most in tax are the ones most likely to seek a better country in which to live.

When that occurs, politicians – especially the more rapacious ones – seek to trap the people (and their wealth) within the country. They create capital controls and, later, migration controls to ensure that the sheep will remain in place to be sheared as often as need be.

We are now witnessing this throughout the former Free World, but most notably in the US.

But as the decline in the US becomes exacerbated, the ante is being raised further. In the runup to the 2020 presidential election, candidates have been competing to be seen as the leader in punishing those who seek freedom from their government.

It should be borne in mind that each individual who is exiting has already been paying a property tax and/or income tax on his assets prior to the exit tax. Therefore, this is a double tax on the same earned wealth.

And the above individuals are not alone in their desire to bleed those citizens who are simply seeking the ability to move on to a location that offers more opportunity than the US. Other legislators are weighing in on the subject, as well.

However, the discussion has become muddied by the fact that so many legislators are proposing so many new taxes, in order to keep the sinking ship of state afloat.

Little wonder, then, that so many people are throwing up their hands. As one expatriated American recently said to me, “I’ve always thought of myself as a patriot. But the US isn’t American anymore. It’s been taken over by political robber barons.”

So, what does this say to the reader, if he happens to be a US citizen? Well, he may rightly feel that time is running out. After the 2020 election, the fur will begin to fly in the legislative houses as regards taxation. He therefore has very little time in which to decide whether he’s living in the right place.

At present, US citizens are able to seek greener pastures with a minimum of pillaging by their government. However, those days may be numbered.

Certainly, the US is heavily in debt, and except for dramatically increased taxation, there’s no way for the next government to pay for its voracious fiscal appetite. Increased taxation will therefore be the first focus after the election. Regardless of which party wins the presidency, both houses will be active in passing legislation to allow for aggressively increased taxation.

There can be little doubt that, within this package, there will be a crippling exit tax.

Therefore, for many US citizens, the time remaining prior to the election may be the last opportunity to escape with the majority of the wealth they have spent their lives building up.

To be sure, the US was once the envy of the world, as it was the foremost example of a free society, where its people had the liberty to prosper as a result of their labours.

Sadly, that greatness is no more. The proof of that is in the fact that its political class intends soon to convert it into a roach motel – one from which it is impossible to leave.

It’s all coming to climax soon. That’s precisely why legendary investor Doug Casey a just released an urgent new video that explains what could come next and what you can do about it. Click here to watch it now.