Let’s Twist Again: The Coming Curve Control and What It Means for the Gold Market 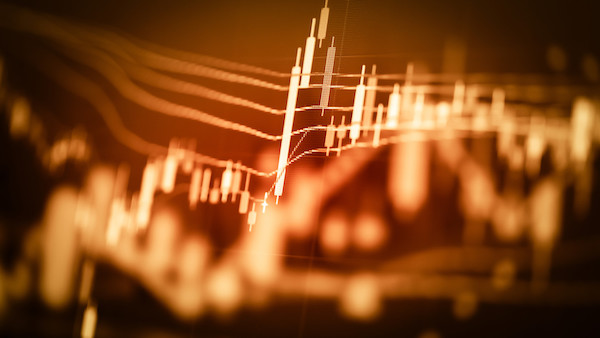 As has been widely reported, yields on longer-dated bonds have shot up in recent weeks, with the 10-year Treasury moving to 1.72% up from under 1% at the beginning of this year to its highest level in more than a year.

This rapid move comes as inflation expectations have suddenly increased, amid the vaccine roll-out, expectations of an improving economy, and new stimulus measures. Recent 10-year and 30-year auctions have both been mediocre, as the bond vigilantes are demanding more to lend money for the longer term.

These increases have grabbed the headlines, though we should put them in context. First, even though longer-term rates have increased, rates at the short end have actually declined. Second, despite the jump in long yields, they remain historically and extremely low, and most importantly, the real yield (after inflation) remains negative. With expectations of rising inflation, this suggests yields will move up more unless something changes.

And that change will come from the world’s central banks, which do not like the free market interfering with their plans. They understand that rising interest rates risk the incipient recovery of the economy and will make government financing more costly, further increasing deficits.

There has been a worldwide attempt to control the rise in yields, most noticeably in Europe, where the European Central Bank said it would accelerate the pace of QE by bringing forward planned measures. The bank emphasized, however, that this did not represent an increase to absolute QE, nor was it an instance of yield curve control. The cynic wonders if they will actually reduce planned purchases after buying more in the near term.

In the US, the Federal Reserve has not yet acted, hoping to rely on words. The market is expecting a Fed taper–a reduction in its bond-buying program (QE)–towards the end of the year, but FedHead Jerome Powell keeps saying that’s not so.

The Fed prefers the “jaw-jaw” approach, but the awakened bond vigilantes are not listening. They might try providing specific calendar guidance and a commitment to yield curve control if needed, but they are reluctant to lock themselves into a timeline, preferring the flexibility to react as events develop (that is, make it up as they go along). And that might yet still not be sufficient. Ultimately, the Fed will have to take action.

The Fed could simply buy long-dated bonds, pushing down yields. From the Fed’s perspective, lower longer yields are needed to keep economic recovery moving. It will drive the dollar down and boost gold. That is straightforward enough.

Rates at the short end are too low

The Fed has another problem, however, potentially disrupting their carefully detailed plans for the economy, and that is that rates at the very short end are moving down, close to zero. The Fed wants to prevent rates from going to zero or negative so it could sell at the short end and buy at the long end, flattening the yield curve. At this time, it wants to avoid a policy that would be overall easier or tighter.

But this sounds suspiciously like Operation Twist, the 2011 program introduced in response to another assault by the free market on the Fed’s carefully conceived plans. The Fed wants to avoid another Operation Twist and certainly will not call it that, because it does not want to remind the market of how it caved to the vigilantes.

Pulling all the levers

There are other things the Fed might consider. First, it will very likely extend the supplemental leverage ratio (SLR) exemption at the end of this month; this allows banks to hold Treasury bills without setting aside reserves against them. Letting the exemption expire would lead to massive selling of Treasuries, the last thing the Fed wants or needs right now. But that only prevents the situation’s getting worse; it does not in itself move rates up at the short end.

Acting like the wizard behind the curtain in The Wizard of Oz, pulling all the levers, the Fed may raise the rate it pays on excess reserves. This would result in banks’ putting more money on deposit and effectively putting a floor on short-term rates. Banks would not lend in the market nor buy treasuries, overnights, or anything at rates less than the risk-free rate they could get by putting money on deposit with the Fed.

By increasing rates at the short end, it would, at the margin, increase the comparative attractiveness of short-term treasuries relative to longer-term bonds. Eventually, though, we expect direct and overt, as well as indirect, action to drive down long-dated yields and flatten the curve.

Paying interest on excess reserves, a policy introduced in the immediate aftermath of the credit crisis in 2008, means banks are less likely to lend money into the real economy. I have described it as “the Fed’s most idiotic policy ever” if your aim is to help Main Street, but of course, QE after 2008 was not intended to help working men and women but to aid the money centre banks. In that context and that context only does the policy make any sense.

Gold is ready to move

Another Operation Twist, by whatever name, would be bullish for gold. The relationship between the metal and real rates is well known; if rates come down, other things being equal, gold will move up.

But on Friday, 12th March, something interesting happened. Gold was moving down. Then simultaneously, rates moved up, and gold reversed. I never like to read too much into one day’s action, but this was significant and could have marked the turn in gold. The market sees what is ahead: the higher the long rates move, the more pressure there will be on the Fed to do something. An inflection point has been reached.

In an environment of massive money creation by the Fed, the Fed doing something will lead to a powerful move by gold. The Fed does not, at this time, want to ease further, instead just stay on course; but with plans for another massive spending measure, on infrastructure, gaining traction in Congress even as the $1,400 checks have not yet been received, we will likely see additional QE sooner rather than later.

Given the sentiment on gold, the lack of bullish speculation in the metal, as well as the bullish monetary environment, a Fed move to drive down rates at the long end could see gold react like a catapult and rebound very powerfully. The longer the Fed delays action, the more the catapult is pulled back, and the stronger the ultimate rebound will be. This is the time to stay with and add to gold positions.

Editor’s Note: The rush to inject an unprecedented amount of money into every corner of the economy is a last-ditch effort to keep the stock market casino going for as long as possible—no matter the consequences.

All this unprecedented money printing will give rocket fuel to the gold bull market.

Gold is the best bet for right now. It delivers protection AND profits.

How do you find which gold stocks have the most explosive upside while avoiding the many losers?

In this rare message, legendary gold investor Doug Casey shows you the secret to how he invests and the most lucrative “insider” way of multiplying your gold mining stock returns.