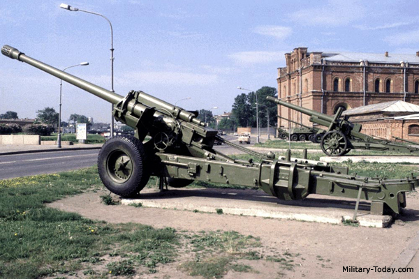 Fidel Castro was the longest-reigning political leader of the twentieth century. How did this one-time law student/protestor pull this off?

Well, as a protesting student, he made every mistake in the book, with particular emphasis on egotistically wanting always to be at the forefront and getting all the press.

His efforts were never well-thought through. He got by mostly on zeal and braggadocio.

Then, as an armed revolutionary, his first effort was an ill-conceived attempt to take over a fortified army barracks, which failed miserably, landing him in prison.

Having gained a pardon, he went into exile in Mexico, then foolishly sailed an overloaded boat to Cuba in questionable weather along with his co-conspirators. Luckily, he made it to the southeast coast but was promptly set upon by waiting government forces. Unlike many of his comrades, he escaped to the Sierra Madre, from where he accomplished only the occasional raid in the eastern cities.

Mister Castro, by any measure, was an unlikely candidate to become a success as a revolutionary.

But something else was working for him. The Cuban people were more than ready for a change. They were sick of leaders who subjugated Cuba to the American sugar interests, chronically impoverishing a third of the Cuban people.

They were willing to take a chance on virtually anyone who opposed the much-derided Fulgencio Batista, and when the revolutionaries marched to Havana, not only the townspeople along the way, but much of the military, joined them.

Mister Batista didn’t even put up a fight. He simply got on a plane, looting the Treasury on his way out, and never returned.

As a national leader, Fidel had major shortcomings. He was impatient, a poor planner and had an almost childlike inability to understand economics and money management.

By all rights, this was a character who should, at best, have enjoyed a brief term as leader – to be replaced after the dust had settled on the revolution.

So how is it that he survived to become the longest-ruling political leader in the world and, perhaps more importantly, what does that mean to us today in our own fragmenting world?

Well, in addition to his personal shortcomings, he did have some very strong talents. He was very skilled at marketing and knew how to spin events to his advantage.

One of the first occasions on which this was revealed was when, some months after the revolution, counterinsurgencies took place.

They were guerrilla-based, as his own revolution had been, and although they never developed enough to be a major threat, they did provoke him to announce to the Cuban people that the revolution was ongoing, that the new government must remain armed and ready at all times and never let down their guard.

This resulted in the Cuban people accepting the notion that the police state that existed after the revolution was justified for as long as it proved necessary.

As the Cuba-based counterinsurgencies waned, several US-organised attempts to take out Fidel occurred, each one failing. This allowed him to thumb the collective Cuban nose at the Great US Empire and get away with it. Each time, he was cheered on by his people.

At some point along the way, Mister Castro realised that the endless promotion of a continued revolution could allow him to make use of martial law indefinitely – a situation that would not normally be tolerated by a nation of people after the threat was gone.

This worked so well that, as US attempts to assassinate him died down, he came up with his own theatrical events to extend the need for military posturing.

In later years, it was not uncommon to wake up in the morning in Havana, drive along the Malecon, and see that, during the night, heavy artillery emplacements had been installed along the avenue. The following day, in reading the national newspaper, Granma, an explanation would be offered.

The front-page article would describe yet another attempt by the US government to overthrow the Cuban government and reinstall the capitalists that had once ruled Cuba.

The article would state that Fidel’s operatives were once again successful in finding out about the intended invasion ahead of time and, overnight, preparing for the invasion, ruining its chances. Once again, the Great US Empire had been outsmarted by Fidel.

Whilst such theatrical events may seem rather transparent to those outside Cuba, they were very effective locally.

First, they created great pride in Cubans that their small island could take on such a major power and outfox them time after time.

Second, they kept the Cuban people reminded that their leader had an exceptional ability retaliate against counterrevolutionary action at a moment’s notice.

Whilst we can imagine that the theatrical events may possibly have taken weeks of preparation, Cubans saw only the results – overnight emplacement of artillery.

This also served a more subtle, but perhaps more important purpose: To this day, the Cuban people need very little military presence on the streets to be reminded that their government is not to be trifled with. Such presence today is less prominent than, say, in the US, and even police presence is not only less than in the US, but for the most part more benign. But Cubans have been programmed to behave themselves.

From that time on, Fidel Castro lived in his fortified compound outside Havana, in a comfort similar to that of a Columbian drug lord. At home, he often wore flowered shirts, but whenever he was seen in public, he wore military fatigues. He understood that, in the eyes of the Cuban people, the revolution must be ongoing, in order to maintain the totalitarian government on a permanent basis.

The US has, until recently, been mostly peaceful. Yet, Americans now witness violence in the streets every day on the evening news. Pundits on such programmes ask, “What can be done to return America’s communities to safety and peace?”

The obvious answer would be for the populace to demand that the federal government step in. And a marketing-conscious government may well use this anomaly to justify federally ordered force.

It matters little who’s killed in the riots, whether it be police, rioters or bystanders. Once martial law is introduced, it should not be surprising if the problem of violence never quite goes away – if the “temporary” police state becomes permanent, in the name of “safety.”

It may be that Americans will discover that the cure is more threatening than the illness. And if Mister Castro’s success is an accurate example of how this will turn out, the reign of the post-2020 government may well be not only tyrannical, but long-lived.

Editor’s Note: The government-led crisis is already underway. A dangerous combination of sky-high debt, endless money printing, and significant cultural and social shifts are sweeping through the West.

And most people won’t be prepared for what’s coming.

That’s exactly why bestselling author Doug Casey and his team just released a free report with all the details on how to survive and thrive. Click here to download the PDF now.